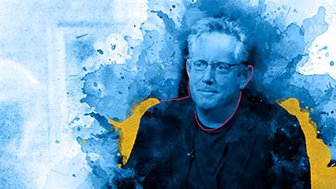 Marko Papic, partner and chief strategist at Clocktower Group, tells Mike Green that China could pose a real threat to the U.S. global hegemony. Papic argues that China's leadership recognizes modern warfare is about technological superiority, rather than sheer manpower, and that this could seriously level the playing field in the event of a global conflict. This clip is excerpted from a video published on Real Vision on September 4, 2019 entitled "The Escalating Battle Between the U.S. and China."

MIKE GREEN: So the longer time goes forward, the weaker China becomes, largely because of its demographics. And so its ability to fuel the military, its ability to project force externally deteriorates with its population.

MARKO PAPIC: I would disagree with that.

MARKO PAPIC: Yeah, I would disagree with that just because size of your military is irrelevant today. In fact, when I try to gauge geopolitical power quantitatively, I've taken specifically through National Capability Index from the Correlates of War Project, you take specifically size of the military because, you know, we don't have trench warfare.

And I suspect that if China was to fight wars, it would be very light on manpower. It would be over land and sea because that's where the power projection is. It's geographically massively constrained in the interior-- the Himalayas, the Tibetan Plateau, you know, the Siberia.

The other problem that the US has is that the US has over the last 30 years, really focused on beating the crap out of very weak countries. So take the aircraft carrier. The aircraft carrier is a beautiful piece of technology if you're going to bomb Serbia. But if you're going to fight China, which you've just done is you've put all your eggs in one beautiful basket that costs about $20 billion and can be shredded into linguine by hypersonic cruise missiles, which China has and which it's developing.

Now, America is developing countermeasures to this. There's rail guns. There's other ways to deal with this, but the point here is that it's not really about manpower. It's about tech, which is why China can still be a serious competitor to the US on the tech front.

MIKE GREEN: Again, I think I would push back on that, right? So it's not about manpower. It is about tech. I agree with you in the initial stages. But ultimately, what manpower brings or labor force brings-- a growing labor force-- is actually the ability to supply-- to replace the troops that have been lost, to replace the $20 billion aircraft carrier with the next generation one that is more impervious. On that base--

MARKO PAPIC: I don't know, Mike, though. I mean, if we're talking about China having to replace dead soldiers, we're talking about a world where we should all be owning guns and gold. You know, and that's pretty much it. So you're right at the extreme, but I think that what we're really dealing with here are two countries that are going to be rivals. They're going to be maneuvering with each other. And I think that if they have less manpower to replace a million people, I think they'll still be OK with like 200,000 under arms.

MARKO PAPIC: That's right. Well, I think in absolute terms though, China will still have enough. Like if you compare.

MIKE GREEN: And again, there's this tension of, can we delay? Does that make us stronger or does it make us weaker? I would argue that it very clearly makes them weaker, which is why it feels to me, that this.

MARKO PAPIC: This is the moment.

MIKE GREEN: Could be the moment.

MARKO PAPIC: You know, so it could be. And one thing I would say though is, when you look at all, what does China want? What does China truly want? And I think what China truly wants, is a regional hegemony. I don't think it wants a global hegemony. So both the bulls and the bears of China are kind of wrong. There's this narrative that China is a middle kingdom, it never wants to oppress anyone.

OK, well, it's pretty much a European nation state today, so it wants what every other country wants, which is security. And how do you develop security? You develop security through regional hegemony, which is why all the realists in political science always say, once you accomplish that, you whet your appetite and you start looking for global hegemony.

We're not there yet. They want regional hegemony. So where I would disagree with you is, and maybe agree with you at the same time is, I think that regional hegemony will be possible within the next 10 years. Because the trade links between China and its neighbors are unlikely to be reversed. So if you chart linearly what's happening right now, US trade, total trade, imports and exports with non, with East Asia ex China is basically flat.

MARKO PAPIC: In 2004, in 2004, US and China basically traded with East Asia at the same level in terms of absolutes, in terms of total trade. Today like.

MARKO PAPIC: Right. And I think even if China somehow just like stays there, over the next 10 years, those commercial links between South Korea, Taiwan, Singapore, Malaysia, Philippines, will stay where they are. And I think that that gives China the potential to strengthen its regional hegemony vis a vis the US. It's like a fait accompli that's basically on its way.

Now where I agree with you, though, is that the global hegemony may be out of reach for China, and I think it will be. And so there might be this moment over the next decade where China has managed to get regional hegemony and goes for broke, goes for global, and that's where they will potentially fail. But I think we're one step removed from that. And I think they're currently focused on regional hegemony, which, and that's why it does make sense to kind of delay the confrontation with the US. If they don't, they will make the same mistake that Japan did in 1941.

ALEX ROSENBERG: Let's play a game. I'm going to read out three sentences. You have to guess what they have in common. All right? Here we go. Sentence number one. This has literally changed my life, I'm currently up enough on this trade to pay off my house. Here's sentence number two. This call has been absolutely spot on, it has made a big difference to my year and portfolio returns, I'm likely up 30% by the end of the year.

And sentence number three. It's effectively a macro mentoring program from two of the best. Give up? Each sentence comes from one of our many subscribers to Macro Insiders. That's the actionable macro mentoring service from Raoul Pal and Julian Brigden. To play along yourself, check out Macro Insiders today to see what kind of membership works for you.