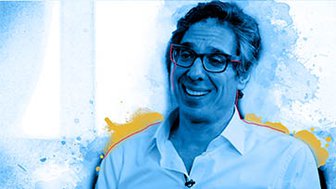 Scott Malcomson of Strategic Insight Group joins Dee Smith to discuss the current challenges that geopolitical tensions pose to the construction of a cohesive 5G network. Malcomson explains his concerns about the usability and security of the technology, and provides his prediction for the future of the industry. This clip is excerpted from a video published on Real Vision on August 3, 2019 entitled "5G and the Deglobalization of Network Infrastructure."

SCOTT MALCOMSON: In terms of network infrastructure, there are not that many companies that can build it. That's not entirely true, actually. Data centers, there are quite a few players in the world of data centers but I think it's going to continue to be a small number of companies that can do it. They're just going to come under increased political pressure, either in the country they're selling to or the country that they're coming from.

In terms of smaller, highly export dependent countries or countries that don't have a large internal market, there aren't that many of those if you think of Europe as a coherent market. In other words, in the tech sphere anyway, the main markets really are North America, Europe, China, India, and then you've got Southeast Asia. There's a lot of technology developed in Japan and South Korea.

Sweden is dependent on exports, obviously, but in terms of these issues, like with the phone thing, Ericsson is in a very good position, as is Nokia, even though they're both from very small countries because they are working within a European sphere, which is a huge market and a rich market, where they have not home country advantage, but whatever you would call that, home continent advantage. That's pretty considerable.

DEE SMITH: Yeah. Although, if you think of a world in which there was just unfettered supply chains-- there have always been ITAR restrictions, which is a restriction on the sale of high technology defense related things, that has been in place for a very long time in the US. Outside of that sphere, if you think of a world in which you've got this, which we had until very recently, of arguably-- not only did it exist, but it would continue to exist, this massive flow of commerce and of products and services and so forth. If that is being circumscribed into coherent spheres of influence, be it the EU, be it the US, and maybe a few allies-- you see where I'm going.

DEE SMITH: Does that not shrink the markets implicitly, if not--

SCOTT MALCOMSON: Right. Honestly, I think that in the sense that globalization occurred because you could extend supply chains for a number of reasons having to do with containerized shipping and the ability to send information from one country across the globe more or less instantaneously, in the absence of real conflict, I don't actually think that those conditions are going to change all that much. The infrastructure pre-existed this conflict that we're in now.

The security sphere is a very different thing. As we were saying earlier, they do overlap. But then they've always overlapped to a degree because the ability of a state to restrict the information that flows in and out of it will grow, because their control over the flow of information by having, so to speak, a national internet, that control will increase. That doesn't necessarily mean that they're going to use it to create trade friction.

It's not that they couldn't use it, and they might use it but that doesn't mean they would use it any more than they'd just start turning back boats all of a sudden. The capability will be there but whether it's used or not is a different question.

DEE SMITH: The primary reason they wouldn't is because then somebody else would do it to them, and then--

SCOTT MALCOMSON: Yeah, or they'd lose the benefit of the trade.

DEE SMITH: They'd lose-- that's what I mean and then it becomes an equation. It's a negative zero sum game. Who do you think the-- project five years, the 5G situation. Who are the winners and losers? What does it look like? I know they're variable, so it's a speculative question.

SCOTT MALCOMSON: Until two years ago, when President Trump entered the White House, it wasn't necessarily thought to be a problem that Nokia of Finland and Ericsson of Sweden were doing so well at developing certain kinds of technology that would surely, at some point, be of great interest in the United States and to United States customers. Finland and Sweden do not in any sense represent strategic threats. They're very well tied in with the capital flows and corporate control and all of that sort of thing. They're the main vendors, along with Samsung and Qualcomm.

Overwhelmingly, Nokia and Ericsson are the main vendors of technology to ATT, Verizon, TMobile, and Sprint. That wasn't perceived to be an issue and it need not be an issue in the future. If we start alienating our allies in Europe and creating such dissension with cultures and democracies that have been very close to ours for many, many, many, many decades, should that happen, then maybe it will at some point become a security issue of some kind, but there's no reason why it needs to do that-- no reason that I think is of significance.

Politically, you can imagine a situation like that. The current arguments between the US and different European countries and also members of the Five Eyes intelligence sharing group-- Australia, Canada, New Zealand, Great Britain, and the United States-- these efforts to get them to not use Huawei equipment, while understandable and in some ways probably a good idea, are being approached in such an absolutist spirit that it forces these other countries to either accept pretty rigid and dictatorial noises from Washington, or at least say that we think we might have some choices of our own to make in the kinds of technology that we use.

On the one hand, the politics today is so sovereignty based. The ideology is that nations determine themselves and that international society doesn't exist and international organizations are ridiculous and so on. If you start playing that game, you start communicating to other countries, particularly smaller countries, that your idea of sovereignty is that they have no control over their own sovereignty. When you're sending that message, you're only weakening yourself, almost regardless of what you think about international relations.