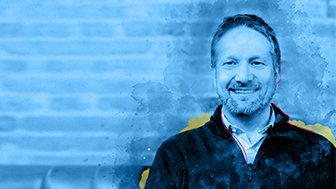 Howard Morgan of Renaissance Technologies discusses his investment in Uber, speaks to how the system of taxi cabs in major cities like New York are broken, and discusses how pent-up demand made Uber a huge success. This video is excerpted from a piece published on Real Vision on March 22, 2019 entitled "Failure as a Forerunner to Success."

HOWARD MORGAN: It goes back to the story of First Round. So in 2004, Josh Kopelman, who I had funded in Infonautics and then was an early investor in Half.com with his next company, which we sold to eBay, and then we did another company together after he left eBay-- said he wanted to start a seed fund. He realized that it cost $5 million, roughly, to get Infonautics to first product ship.

And in '98, it only cost $2 million to get Half.com, because there was open source software. And in 2003, it only cost $700,000 to get Turntide public-- to first product ship. And so with that, he said, if we start a small fund, we can get companies all the way there. They can get their products out and we can see what happens.

And so we started in 2004 with a $7 million fund. And one of the companies we invested in the first two, three years-- and we had $7 million a year funds, 7 and then 10-- was a company called StumbleUpon. StumbleUpon was web discovery. It was created by a kid in Calgary named Garrett Camp.

We liked him. We liked StumbleUpon. It did very well. We sold it to eBay for, I think, $85 million or something like that, which was a big, big win for a $10 million fund. And we told Garrett, look, first of all, move to San Francisco, which he did. And then we said whenever you're finished with eBay-- because we knew he wouldn't stay there very long-- we'll give you a desk and we'll give you some money.

And he finished with eBay. And we gave him a desk and some money. And we said, what are you going to do? He said, well, I'm going to build this app to call black cars and to solve the problem of getting cabs in San Francisco. So in that sense, you know, our decision wasn't that complicated. We really bet on the jockey.

HOWARD MORGAN: And we had seen that idea, by the way, and turned it down several times in the previous few years. Because nobody had come up with the kind of product design that Garrett did, which could only be done with the iPhone, with the smartphone, and the mapping, Google Maps and all that sort of stuff together. And conceiving it as one unit, so that you could see where the driver was and how they were kind of-- created such a great consumer experience.

So we started it with him and Ryan Graves. And then they built it, first in our office, then in something called Rocket Space. And then they brought in Travis and, you know, the rest is history.

GRANT WILLIAMS: So I mean for those of us that-- we've all got the app on our phones and we've all used it in various places. And we all get mad when we land in a city that doesn't have it. Like Austin, if you're watching, Austin.

GRANT WILLIAMS: But what did it look like when it was brought to you, versus what we see now? I'm just fascinated in the progression.

HOWARD MORGAN: Well, it started out being called Uber Cab, which the San Francisco Taxi Authority said we had of take cab out of the name. Then what you could do is call the few dozen black cars, you know, the Dial a Limo Service that we had originally. And that's what it looked like.

But it did look like the map that you see today. It did look like telling where you were and where you wanted to go and showing you which driver was coming and how long that drive was going to take and where they were as they approached you. So that piece of the experience was there from the beginning. And that was the exciting part. It was a user experience that was really something that would work.

GRANT WILLIAMS: But at what point did that really explode?

HOWARD MORGAN: So as Garrett said to me a couple of years ago, he said, look, if I were running the company, I'm sure we'd be successful in five or six cities. But when he brought Travis in, Travis had a more expansive view. And Travis really helped with the notion of Uber X, which is now let's really open up the service.

And if you think about it, in 2010 when we started, there was roughly $100 million worth of taxi cab business in San Francisco in total. And two years ago, Uber did more or less a half a billion in San Francisco alone. The untapped demand-- because the systems for taxis were so broken.

They were broken completely in New York City, because 13,000 taxis were basically approved in the 1930s, the medallion system. And then in 2010, there were 13,000 medallions. I mean, it was just insane. And so, you had-- particularly if you weren't in Manhattan-- if you were in the Bronx or Queens or Brooklyn, you know, it was gypsy cabs and all sorts of other things.

So the pent up demand was just huge. And the need for a good consumer experience was just huge. And Uber provided it. And so that exploded. And Garrett really drove that expansion, hired some great people. Rachel Holt, who ran operations. And she ran it out of Washington DC, actually, for the North America.

They built this notion of playbooks, so they give somebody a playbook-- the playbook and say, here's how you open a city. And they would go to Fargo, North Dakota. Or they'd go to Houston, Texas. And they were aggressive, for sure. I think some of the newer startups in the bike share area are being less so.

They realize the-- beg forgiveness to ask permission, those days are mostly over. The cities have seen it. But it was what really turned something into a verb, like to Google something, right? To Uber somewhere is because it's a great consumer experience.