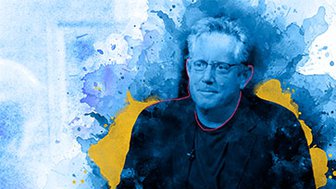 Yin Wu, the founder of the protocol DIRT, a blockchain-based method for vetting information, joins Real Vision's Tyler Neville to discuss how tech companies are designing blockchain and crypto networks to incentivize honesty and trust. Wu talks about what the DIRT protocol actually is, the importance of transparent and trustworthy data, and what it will take to build a decentralized future. This clip is excerpted from a video published on Real Vision on June 27, 2019 entitled "Building Businesses at the Frontier of Money."

YIN WU: I grew up in Kentucky and came out to Stanford for college- first time that I heard about startups or entrepreneurship, never imagined going in that I would actually work in tech. I went to Stanford, studied CS, got the startup bug, and dropped out my senior year when we got into Y Combinator.

So I started my first company. We built mobile infrastructure, got acquired by Microsoft four years later, worked there for a few years. And this was back in now like 2015, 2016 started hearing more about Bitcoin, Ethereum, and all of these new cryptocurrencies that people were talking a lot about. So I wanted to find out more about it and then left Microsoft to start a company in the space.

TYLER NEVILLE: So why don't you give us a recap of what DIRT Protocol is?

TYLER NEVILLE: And coming from a giant organization like Microsoft, that was probably a giant issue for you guys.

The way that DIRT works is if anyone wants to share information, they need to have some skin in the game. They need a stake tokens that has economic value to say that this is accurate. Anyone else in this network can then review the information and say, is this true or not. If it's not true, anyone can also challenge it and say, this is inaccurate. Here's my counter stake. If there is a challenge, it goes to a vote, where anyone in the network can vote. If you win the vote, you earn tokens. If you lose a vote, you're penalized.

In the system, what we've done is create an incentive for honesty and for trust. And our goal is so that there's not a single gatekeeper for a trusted data or for information. But rather, anyone can participate in it.

TYLER NEVILLE: Can you relate DIRT to any public companies- what you're trying to do in the crypto sphere to-

YIN WU: You can think about DIRT as- Wikipedia is a good example. Bloomberg is a great example or a PitchBook. With Bloomberg or with PitchBook, there is one data provider. And that's Bloomberg. With DIRT, we're saying anyone actually has access to information that could be valuable to a third party. But the problem that you need to solve in order for someone else to use the data is how do I know I can trust this information. DIRT creates a way for people to signal that their data is reliable and trustworthy.

TYLER NEVILLE: Let's pivot a little bit. And let's go, how did you raise capital for DIRT. And how does that whole process work, because I know during the boom of the ICO market, you know, a year ago, everyone was raising $30 million, $50 million. And you chose to do something different. And why did you do that?

YIN WU: It's interesting looking at how the market has evolved in the last few years. 2017, you had all these ICOs that could raise funding- $20 million, $30 million on just a research paper. To us, we didn't want to take that route, because many times when you see startups raise too much funding, it's not a good thing, because it's a- you're not taking money for nothing. You're taking money for the promise that we're going to give you a greater return.

Before you find product market fit as a startup, you don't actually know what route you're going to take. So what we've seen is for a lot of these projects that have raised funding- $20 million, $30 million- either they've mismanaged the funds and the company now has said, we can't continue developing the product or it's not clear what direction the company is actually going to go. And they haven't been able to launch the product also because of regulatory concerns.

With us, what we've done is gone the traditional route of raising funding from institutional investors, like Pantera, Digital Currency Group, SV Angel, or Graylog, General Catalyst. What we have noticed is raising funding for DIRT as a company in the cryptocurrency space has been different than raising funding for my first startup. One of the differences this time around is with traditional seed round for a startup, you may have one lead investor that does the majority of the fundraising for you and then a few other investors that tag along that's high value add.

For DIRT, because we're also in cryptocurrencies and we wanted to get more investors involved- so we wouldn't give the perception that any one investor has overwhelming control of our network. I think within crypto, this idea of decentralization you want more participants. The more participants that are involved, the more powerful the network too.

TYLER NEVILLE: Talk about decentralization and centralization. How do you see the future in terms of the Facebook model versus what you guys are trying to do? Like, they have so much data. You're trying to democratize data in a way. Can you talk about that a little bit?

YIN WU: I guess the question is, how do we get from where we are today in decentralized world to this future, where every piece information can be decentralized. You may have heard the idea of it'll be great in the future if you could own your data and allow access to different companies, whether that's credit scores or whether that's personal information for a social network.

But I think what's important to remember is how do we actually get to that decentralized future. If we look back into the web world, Amazon started as a simple online bookstore. That was it. They just sold one thing. At the same time, you also had Pets.com. Amazon starting with books was a much better product than starting with pet products.

With books, every single book is fungible. One book is the same as another book. Having an infinite bookcase makes it better than your neighborhood bookstore. Shipping books is also inexpensive. So logistics from the early days were easy. Compare that to pet products, where quality can be variable. Shipping is expensive. One company is now one of the most valuable companies in the world. Another company no longer exists.

So I think within crypto, we have to ask the question of, where are we actually in this innovation cycle. Building products like a decentralized Airbnb, decentralized Uber I think is too early, because people are now only at the stage where they are coming around to the idea of what does it even mean to own crypto. That's why with DIRT, for us, we're starting with how do people share trust information about the cryptocurrency space. We want to cycle an open market cap that allows anyone to see what is the price of a new currency. Because there's so many different exchanges, having basic information like what is the price of a currency, what is the market cap of any of these tokens that are traded is actually hard to find. And with DIRT, we're starting from the point of let's first give you trusted data about crypto and then expand to other markets.