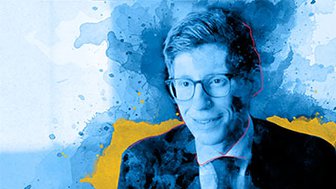 Jalak Jobanputra, founder of Future Perfect Ventures, joins Justine Underhill to discuss Facebook's Libra token. Jobanputra discusses Facebook's venture into banking the unbanked, the scrutiny surrounding Facebook's challenges with data protection and privacy, as well as Libra's potential for widespread adoption. This clip is excerpted from a video published on Real Vision on June 27, 2019 entitled, "Building Businesses at the Frontier of Money."

JUSTINE UNDERHILL: So talking about tokenization taking hold, what are your thoughts on Facebook's new crypto coin? I don't even know if it's fair to call it a crypto coin, because it isn't completely decentralized in many ways.

JALAK JOBANPUTRA: There's still a lot of details to be determined here on what is decentralized, what's centralized. What we do know as of now is that they've gotten a consortium of partners together, which include some of their advertising partners- companies like Spotify, companies from the financial services sector like PayPal, Visa, MasterCard, which are very interesting, because you could argue that they're competitors for payments, mindshare, and usage. But they've gathered together a group of companies to, I believe, make it look and appear to be not so centralized, that they're actually creating a new entity that all these consortium members will participate in and govern this new currency, this Libra coin as they're calling it as of now.

And so Facebook will be just one of the nodes in that network. And eventually I believe they want to get to 100 members in this network. They've all put in $10 million dollars, committed to $10 million dollars apiece. There are also some nonprofit partners, such as Women's World Banking. So they're very much looking to make this appear to be a really global effort focused on banking the 1.7 billion people around the world that are currently unbanked. What I find really interesting about this, too, is if you look at Facebook financials, only 10% of their users come from the United States. 70% are in the emerging markets and developing markets. However, most of their revenue, almost 100% of their revenue comes from advertising. And it's advertising from those in the developed markets.

So they're under a lot of pressure if they want to keep growing to figure out a new business model. And we're seeing companies around the world want to get into the banking sector. I've been investing in FinTech before it was called FinTech- in the mid '90s, late '90s. And controlling that spend or being able to participate in some of the fees is, I think, what they're looking at as their next business model. It's very early days. It's going to take a long time to transition over to that. But I think that's very much what they're going for.

JUSTINE UNDERHILL: So Facebook has been facing a lot of scrutiny because of its data collection and also the amount of information it has on users and also potentially the lack of regulation that it faces right now. Do you think them getting into this space without- they're able to do it, because they're not becoming a bank in a way. Do you think that actually puts a lot more pressure on them in some way or more scrutiny?

JALAK JOBANPUTRA: Well, I think the way they've structured this shows that they're very aware of the potential scrutiny around this and why they focused on putting together this separate entity in Switzerland, which is a more neutral place- they're also have more crypto friendly regulations in Switzerland. That's where Ethereum was first launched under a foundation model, which is what Facebook is following.

JUSTINE UNDERHILL: And so this is basically an LLC that they created?

JALAK JOBANPUTRA: They created both an LLC. And the plan is to create a foundation, the Libra Foundation, where all of these consortium members will be members of that foundation. They've also created a separate LLC, which is going to actually run one of the nodes in this foundation. And they're actually going to create the wallet that the Facebook users will interact with. So if I want to send money through my messenger app, I could do it through a third party blockchain crypto wallet. Or I can do it through Facebook's wallet. So that's where they're going to start collecting information on their users and go through the standard KYC process that banks actually require.

JALAK JOBANPUTRA: Well, I view all cryptos as eventually taking some mindshare away from fiat. I've never been one of those people who believes that Bitcoin is going to take over the world. But if you give people alternatives in terms of transacting and this could be governments. Or it could be the individual. There's going to be less reliance on the US dollar. So you're already seeing countries look at issuing their own sovereign digital currency. You're starting to see trade regions exploring that. And a lot of it, I think, is motivated by decreasing reliance on any one currency or any one standard. And right now it's really the US dollar.

And so I do believe any alternatives in terms of payments are potentially a threat to fiat currency in general. I mean, we're moving towards cashless societies all over the world. If we look at what happened in China with WeChat, China had the most unbanked people in the world. Most of these unbanked people are in the developing markets. We look at India and Africa. Those countries have the youngest populations, the most people that are going to enter into the global GDP. And they don't have banks the way we know them. They don't have credit cards. So this is a prime time if you look at the macro perspective. And if you care about GDP growth, there need to be alternatives to the institutions we built in the 20th century. I don't think they're going away. But there's going to be more competition.

JUSTINE UNDERHILL: Do you see this potentially getting people more into other cryptocurrencies? Or do you see this as a walled off situation?

JALAK JOBANPUTRA: Well, I think the fact that I've looked at my LinkedIn feed and there were so many people talking about it who have not commented on cryptocurrency or blockchain before, I think it's really captured the attention of people who haven't been in the space. And I think that's a good thing. At the end of the day, Facebook has over 2 and 1/2 billion users around the world. 70% of them are in these emerging markets, right? For crypto and blockchain technology to realize its full potential, we need to have broader awareness, a better user interfaces. Right now it's so challenging to go out and buy. I mean, Bitcoin is a little bit easier. But still, if you want to buy other cryptos, you have to go through a long process. If you want to hold your own keys and control those cryptocurrencies. You have to remember a long seed phrase.

And so we're in that phase with crypto. And I can't think of a better way to kick start awareness around what cryptocurrency is and even if this is just a derivative or one form of it making people more aware of what this technology can do. It can create faster payments, rails, and more seamless transfers. You can program it in a way that Facebook could offer discounts on advertising to their partners. And there's so many new business models that can be created out of crypto and blockchain technology. And I don't think we've even started tapping into near the potential, because we're not seeing the usage yet.

JUSTINE UNDERHILL: Do you see any potential risks from Facebook getting into this space? Is there a fallout of maybe they don't do it right? And there is a lot of scrutiny. And then that maybe pushes people to stay away from other cryptocurrencies for a while?

JALAK JOBANPUTRA: That's quite possible. I think we already are a little bit skeptical about Facebook and the way they handle user privacy and data. And so I take a contrarian approach to this, where I want to see them try this and have people ask those questions about privacy, about their writing their own smart contract language. Why aren't they doing that? Well, how's the governance going to work on validating the transactions?

What data are the partners going to see if any with Facebook's own wallet? If people are using that to transact, what data will Facebook actually control? They've said they'll allow opt- or it will be an opt in structure, which is very much against what they've done before, which is you have to opt out. Most people don't opt out of things, because they don't rate the privacy. So I hope people hold them to what they're saying and take a look under the hood as we get more and more details around all these pieces. But I think it can educate a broader swath of the population on what this can do. And we will have discussions on privacy around all of this.

JUSTINE UNDERHILL: Do you envision a future where different companies have their own coins? We have a Softbank coin and the Twitter coin and different things. Or do you see it as being a very limited space for companies to get into this area?

JALAK JOBANPUTRA: Well, I mean, in some ways we've had coins in the form of loyalty points. And it's just we haven't really been able to use some outside of a company's four walls. And what will be very interesting to see with this Facebook announcement is how are their partners going to get engaged. So they've said you can potentially use these Libra coins at a retailer or on another site.

And so it's that interoperable piece. And then how are you going to cash out on that if you wanted to cash out on fiat? And so I think this consortium idea and getting some of these folks involved, it's the first time we're also seeing something go beyond just the four walls of a company and see what they can do with partners. I think we're still in very early days there. But there's a lot of potential. I just hope they're able to execute on it.