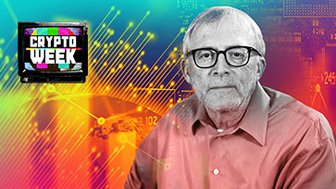 Peter Brandt of Factor LLC has been a successful independent…

Preparing for a Parabolic Advance

Aksel Kibar, CMT, founder of Tech Charts Research & Education Services, makes his Real Vision debut with a look at the long-term charts of a handful of European indexes. He examines the bullish set-ups for a few country-specific components of the Euro Stoxx 600, compares them with historical examples of indexes that have broken out from similar bullish patterns, and explains why he believes horizontal chart patterns are superior to diagonals. Filmed on July 2, 2019 in Varna, Bulgaria.

AKSEL KIBAR: My name is Aksel Kibar. I am the founder of Tech Charts Research & Educational Services. Today, I want to discuss with you some bullish setups that I'm seeing in the European equity markets. Every week, global equity markets report covers several bullish and bearish chart pattern setups from the global equity markets. These include developed markets, emerging markets and frontier markets. So what we have been covering over the past couple of weeks is the bullish chart pattern setups that we are seeing in the European equities. Here are the charts that I want to discuss with you today.

The Euro Stoxx 600 Index. I've been talking about this market for almost a year now. But what we have seen is that the index coming close to the historical 400 resistance for the four times and almost the fifth time, and it looks like now we have formed a nice four year-long symmetrical triangle that is ready for a possible breakout on the upside. Now, if you look at the previous tests, which was in 2000, and then 2007, you've seen that the index reversed immediately to test the lower boundary, lower side of its range, but this time, starting from 2009, the rally took us all the way to 400 and the index this time, pulled back and retested again the horizontal resistance, pulled back and retested the horizontal resistance. And now it is preparing for a new fresh breakout towards all-time highs.

Now if you look at the Euro Stoxx 50 Index, this doesn't include the UK FTSE 100 Index components. So the boundary is tilted. The boundary is downward sloping, unlike the Euro Stoxx 600 index. So what we are seeing is a similar symmetrical triangle that took almost four years to complete. And still, it's not completed because we haven't seen a breakout on the upside. But what I'm seeing here is a willingness to clear this multidecade long downward trend line.

How do we see that? Because every time it is testing it, the reversal is taking a shorter time and an attempt to break it one more time is taking place, the index is pulling back and one more time, we're challenging that boundary. The more times you challenge a chart pattern boundary, the higher the probability of a breakout. So right now, what we're seeing is almost the fourth test is taking place around 3500 levels, and this index is possibly ready for a breakout to higher levels.

If you look at another chart from Europe, this is the Swiss SMI Index. What we have seen over the past few weeks is a clear breakout to all-time highs. Now, similar to other European indices that you have seen, this also has a horizontal boundary at 9500 level. This is the first test, second test, third test and the breakout taking place to take us to all-time highs. Now, this time, like the symmetrical triangle chart pattern below a horizontal boundary or below a chart pattern boundary, long term chart pattern boundary, in this time, Swiss SMI formed a three year-long cup with handle continuation. These are called lounging patterns.

Lounging patterns are those shorter term duration chart patterns that complete the longer term picture. So the three year-long cup with handle is breaking out and at the same time clearing the all-time high levels, the horizontal boundary, what we do to calculate the price target is to take the width of the cup with handle, which is the cup part and add it to the breakout point, gives us 11,560 levels. so from the european equities swiss smi is leading right now with the breakout to all-time highs.

What happens when Stoxx or indices complete long term chart patterns, long term horizontal chart patterns on the upside? This is an index Finland OMX Helsinki Index that completed its multidecade long consolidation on the upside. This took place in 2016-2017. And you can see that it's a quarterly scale price chart. You can see how the index consolidated right below that horizontal boundary before the breakout took place. These are the charts setups that I like to see.

A willingness to push higher, you come to the resistance area where the supply is and then the supply cannot take you much lower. So the buyers willingness can be visible when you retest the horizontal boundary in a short period of time. Unlike these two reversals, 2007 or 2000. This time, the index made an attempt to break out to all- time highs in a shorter period of time. The breakout took place, pulled back and now, this index is in a similar condition like the UK FTSE 100, the pullback has taken place to the horizontal boundary. Previous resistance becomes support and now, the index is possibly ready to move higher to all-time highs.

Now, how long can it take for this thing to break out? We don't know. But if this thing breaks out, it will be a reliable breakout for me because I like those type of breakouts that clear horizontal chart pattern boundaries and continue to all-time highs. All-time highs is the path of least resistance. So when we take the width of this rectangle and add it to the breakout level, we get 1270 levels as the price target which gives us almost 20% upside potential for the Denmark OMX 20 Index.

Now, what happens to those indices that clear historical highs and complete horizontal consolidations? This is a perfect example of what to expect, what usually takes place after those type of long term breakouts. Brazil's BOVESPA Index had a multiyear-long rectangle chart pattern that broke out on the upside in the beginning of 2018, pulled back to the chart pattern boundary, the upper boundary and then resumed higher towards the chart pattern price tag.

Now, this index is in a clear uptrend. And it has done everything that a chart should do and be placed in textbooks. Break out, pulled back, continuation of the uptrend in a nice steady trend channel. what happens to stocks, what happens to indices that break out to all-time highs? This is an index that we all follow. And this has been the leading equity benchmark throughout the global equity market uptrend that started in 2009. And this is S&P 500 Index.

The index, unlike its peers, which took its time around the chart pattern boundaries, like the European equities and other European indices, this one broke out to all-time highs and the pullback came around 2000 levels, not even around 1500 chart pattern boundary. So the momentum was so strong in the US equities that it completed the breakout and the pullback came here. And then the trend continued and still continues on the upside.

So this is what to expect, if European indices complete their long term decade long consolidations on the upside, definitely, it will have a positive impact on the global equity markets and clear major resistance, major hurdles for the European indices. Thank you very much, Real Vision, for having me on this trade segment.