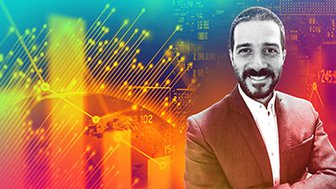 Despite strong recent economic data , Dave Floyd of Aspen Trading Group believes there is high probability that rate cuts and recession are on the horizon. In this episode, he shares one of the macro indicators reinforcing this view, examines the technical setup for equities and currencies, and explains how rate cuts could be bullish for the S&P 500 and the euro in the short-term. Filmed on July 8, 2019 in Bend, Oregon.

DAVE FLOYD: Hey there, traders. David Floyd here with Aspen Trading Group on behalf of Real Vision TV and the Technical Trade series. It's coming into the heart of the summer and it's been anything but slow. Normally, the summertime can be a little bit of a slow phase in the markets. But with the market participants focused incessantly on what the Federal Reserve's going to do, it providing plenty of price action for us to not only analyze, examine, but also to trade.

Today's video want to do what I've been doing recently, I want to provide a little bit of an overview of what I'm looking at. And then give you a couple of trades that are on my radar screen or actually trades that we're already in. Again, interest rates are front and center. Last Friday's jobs report put or threw some ice on the whole idea of having a rate cut given the strength for the economy. I have to say, given the way the economy is overall, the idea that we're talking about rate cuts does seem a little odd. But again, that's what the market wants. That's what the politicians want. And perhaps that's what we'll ultimately get.

The first thing I want to start with today is this chart right here. And this is a chart of the Fed Fund Futures. And 2-Year Yields on Treasuries. This chart was brought to light by my friends and colleagues over at Nautilus Capital. And they ran some quantitative studies that showed when the 2-Year Rate was 70 basis points or higher below the Fed Funds Rate, that was always predictive of an oncoming recession. Naturally, when you have this, it's going to force the Fed's hands to cut rates, that historically has been higher S&Ps, higher gold, weaker dollar, higher Euro-USD.

These happened to be all the things that are on my framework already from a technical perspective so looking at data like this just reinforces that. So, let's get into what we're at right now. Let's start with the S&Ps. We actually got long the S&Ps this morning at $2973. Let me show you the rationale behind that. I'm going to go ahead and close this particular chart.

This is an hourly chart of the S&Ps. Here, what I have labeled as Wave 3 was the high from last week on the non-farm payroll. We broke above $3000, promptly retreated, rallied back up, and then we've moved lower in Wave C. Again, Wave 4 will typically retrace anywhere from 38% to 50% the length of Wave 3. It has done that in this particular instance or came pretty close to it.

But what we have in this particular chart is we have Waves A and C being equidistant, meaning that price has stalled right at $2963, which is where Wave C was equal in length to Wave A. Again, another common relationship that you'll see between Fibonacci and Elliott Wave. So, once we started to get that price action higher off of that level, meaning an impulsive type price action, that was enough for me to get long. We went long at $2973, I think we go back above the highs and then higher even still.

Stops, down at $2935 or at least that's where I'm going to re-evaluate the trade. Given the what I see in the market right now though, I'd be really surprised if we got down there. But again, you have to have some stop or a re-evaluation level for every trade to know whether or not your thesis is still correct or not. So, that's the one new trade that we have on as of today.

So, one of the things that I'm looking at, and again, we're looking for a weaker US dollar going forward. We've had a pretty steady rally over the last week or so. And that's been a bit unnerving, I have to admit. It's gone a lot deeper than I had thought. And unfortunately, it's unfolding in five waves. But there may be a way to count that as simply an A, B, C. I'm looking for prices to stall in and around this $9750 level, not as of right now, not making any trades based on this dollar index, but I am looking for it to break lower, and if it does break lower, I want to be long the euro.

Naturally, the Euro is simply a mirror opposite of this. So, let me show you the chart of the Euro right here. And let's go to a two-hour chart. And that puts it into context. We're getting a little deep here. Again, 61.8% was where I'd like to have seen it stall out. We're 1.1206 right now. Anything below 1.1116, that really negates the whole premise of being in the triggers, it takes us below that May low which is what I'm basing this trade on. Off that May low, I'm counting this as a leading diagonal up, deeper than I expected, pullback in Wave 2, and then prices to move higher.

I think I'd like to be a buyer of the euro here on a break above 1.1240. As of right now, not getting that but I'm expecting prices to do just that maybe a little bit later in the week with Jerome Powell going to give some testimony to Congress a little bit later in the week. Perhaps that will be the catalyst. But again, going back to that quantitative piece of data from Nautilus Capital, based on the spread between Fed Funds and 2-Year Yields, it looks as though a rate cut is imminent, probably 25 basis points in July, maybe not 50 and that should be enough to weaken the dollar that'll throw Euro-US dollar to much higher levels.

So, that's all we've got for this week. I'll be back in another couple of weeks with another update. This has been David Floyd with Aspen Trading Group on behalf of Real Vision TV and the Technical Trade series. Have a great day.