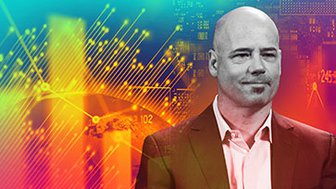 Brian Shannon, founder of Alpha Trends, breaks down this week's…

J.C. Parets, CMT, of All Star Charts, is paying close attention to copper markets. In this episode, Parets explains what traders are missing when they say copper is in a head and shoulders topping formation. He also analyzes the huge disconnect between commercial and speculative futures positioning, and touches on a way to the play his copper thesis with equities. Filmed on August 14, 2019 in Sonoma, California.

J.C. PARETS: Hey, everyone, I'm J.C. Parets from allstarcharts.com. And today, we're going to be talking about copper and the implications of what the next move in copper is going to do, both to emerging markets, individual equities, and really just base metals as a whole. So let's get into it.

All right, so let's back things up a little bit. We're going to be talking about copper. But I think the first question that we want to ask is regarding emerging markets. A lot of us are interested in the stock market, whether it'd be domestically or internationally, a lot of people have exposure to emerging markets or are trying to get exposure, or unfortunately, have had too much exposure over the last several years or even longer. So the question is, all right, so do we want to be rotating into EM?

And here we have an interesting downtrend line all the way from the 2007 2008 highs, the emerging market ETF, EEM, and then we broke out of that couple of years back, 2017, big move across the board in equities off the lows in 2016. So the question is, is this just a retest of that breakout? Or is this just a massive failure, and the downtrend and underperformance in emerging markets is here to continue? That's the big question.

So when we're talking about copper, J.C., why do we care about emerging market stocks? And it's really very simple. When you look at a chart of emerging markets going back a long time, and you look at the chart of copper going back a long time, they look exactly the same. Literally, exactly the same. When one goes up so does the other. When one goes down so does the other. The question is well, J.C., well, which one's pulling who? I don't know, who cares. They move together. And I think that this chart really shows that.

Another interesting point, we want to look at the Commitment of Traders report, and the COT report tells us what speculators are doing, the dumb money, if you will, and what the commercial hedgers are doing, the smart money. And it's not really that simple. It's not really a great timing mechanism. Most of the time, there's really not a lot of information we're getting from these individual Commitment of Traders reports.

Meanwhile, the speculators, which we'll looking at here in the chart, so the commercial hedgers have a net long 56,967 contracts. So, the speculators are on the other side of that, they have historic net short position, of course. So this is probably, if I were a guessing man, they're probably looking at it like this. Here, copper futures going back a couple of years, some might call this a head and shoulders pattern. You learn these patterns in technical analysis kindergarten, really is really how it is, one of the first thing that you learn because it's really a distribution pattern.

What I like to point out, just looking back, what I like to point out is that that might be a distribution pattern short-term. But these head and shoulders tops are tops by definition. So, there needs to be a prior uptrend to reverse for it to be this reversal topping pattern, which copper is the furthest thing from any uptrend so to look for a topping pattern in copper, to me, is foolish. And then fast forward to today, when speculators have historic net short positions on, betting for exactly that, a collapse in copper prices, catches my attention.

So let's keep going and look at copper on its own. Here we are, near support that we've seen over the last couple of years, every time copper prices get down here, they rally. Now, J.C., sometimes you say the more times the level is tested, the higher the likelihood that it's going to break. And that is true. So we can absolutely break. But based on the way positioning currently is, is that the bet that we want to make, that it's going to break? I'd rather make the opposite bet that we're going to get a face ripping rally because I believe that the risk versus reward is exponentially skewed in our favor, particularly with the position.

Another interesting chart is copper relative to the S&P 500. This answers the question that I don't think too many people are asking whether we should invest in stocks or in copper. But nonetheless, when an asset class is outperforming, it's in an uptrend. It's not just outperforming in its own right, it's also outperforming its alternatives. The other thing. So, if copper is really moving higher, in many cases, it's going to be outperforming other asset classes. So I think it's interesting to compare it to stocks. And with lower lows in copper on a relative basis, we're getting higher lows in momentum. This is evidence of a turn in this particular trend.

So if copper is going to start to rally, this would be a perfectly logical place for that to start, is my really my only point with it. So most importantly, risk management, J.C., where is your thesis wrong? Where is your thesis invalid? Where are speculators right? I think that's 255. If we're not above 255, I don't think owning copper is in our best interest. To the contrary, I'd probably rather be a seller. But I'm not looking to take advantage on that side simply because of the positioning. If I'm going to be in copper, it's going to be from the long side number one. And number two, it's only going to be the case if we're above 255 in the copper futures. If we're not, there's nothing to talk about.

And I think we're going to three and quite frankly, based on positioning, we can go much higher than three. But let's start with three. So just to be clear, that's the risk versus reward. Now, some people don't trade futures, some people don't trade copper. So when you look at the stock market, you know what I think, copper was the first stock that comes up. It's Freeport Mac Moran, which many people are like disgusted by that stock. J.C., anything but Freeport. Well, that sentiment is really interesting in and of itself, is it not?

So when I'm looking at a chart of Freeport Mac Moran right here, I'm looking at 10 bucks. If we're not above 10 bucks, there's no reason to be involved with this thing. Not at all. If we're 9.50, leave it alone, let it go to zero. It's not your problem. Above 10, I think we could potentially get an outstanding squeeze out of copper, Freeport Mac Moran together and gun to my head, emerging markets are probably doing pretty well in that environment. Dollar's probably getting slammed. That's the environment that I would imagine this trade working out in.