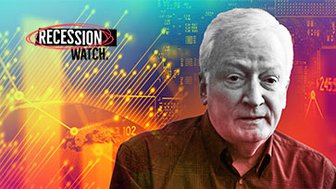 Brian Shannon, founder of Alpha Trends, breaks down this week's wild price action in equities. Using anchored VWAP as his guide, Shannon explains why the bottom for equities may not be in just yet. He also drills down on one particular stock that he thinks has a high-probability chance of weathering a continued downtrend. Filmed on August 6, 2019 in Denver.

BRIAN SHANNON: Hi, I'm Brian Shannon, Founder of alphatrends.net. Today is Tuesday, it's the 6th day of August 2019. And I point that out because we have a lot of volatility in this market. Obviously, you've seen the news about the trade war and that, and now, what we've seen in the last six days is about a 6% decline. I don't think this decline is quite over for the S&P 500 yet. So, we're going to take a close look at that first on the charts just to try to frame this overall market. And we've also pretty much gone through earnings season for the second quarter now. And there's one stock in particular, a name I'm sure you're familiar with, that I want to take a look at and present an opportunity for trade, which I think is a low risk, high probability trade. So, let's go ahead and take a look at the charts and go from there.

Okay, first off, let's look at the S&P 500. Here's a daily chart of the SPY, the S&P 500 ETF, and we just came off of a peak of $300.77 just seven days ago. And yesterday, when what was the worst trading day of the year for the S&P 500, we were down at the low 6.3% in just that week. A lot of volatility here, obviously. Today, we're trading an inside day. And I don't think we're quite done going down yet. What I'd like to see and what I think is likely is that we will come down to this level right in here.

There are two things that come together there, you can see I've got two lines on the chart. One is the 200-Day Moving Average, a lot of people obviously follow that and place great significance upon it. Myself, I don't think it's as relevant. I think it's coincident that it's in the same spot as that other line, which we'll talk about in a minute. But look at the 200-Day Moving Average, it really hasn't been that significant. What I think has been more significant is the volume- weighted average price off of the December 2018 low, that real panic flush that we saw at the end of last year.

So, what I think is likely to occur- and we'll go to a shorter-term timeframe for this, we're now going to look at 30-minute candles, each one of these candles represents three minutes' worth of trading, I also have a 5-Day Moving Average on there. Now, it's not a 5-Period Moving Average, it's 65 periods. Because over the course of each day, we have 13 30-minute periods. So, over the course of five days, five full days, trailing days, we have 65 of those. Now, that 5-Day Moving Average is declining. So, I'm thinking that the bounce that we're seeing right now is just that, it's a bounce.

Also, if we take a volume weighted average price off of yesterday's event, you can see we're trying to hold that. So, it's possible that we see a little further upside, maybe something that looks like this, and then I'd like to see a retest where it comes down maybe on lighter volume is typically what would occur, the volume would be less than is always, just switch back to the daily timeframe. And let's say that our candles look like this over the next couple of days. And then we could come down and perhaps undercut this prior low right here, come down into this area and then begin to bounce.

Either way, whatever happens, that's clearly not meant as a prediction but a scenario. What we want to stay focused on is the lowest risk, highest probability candidates for trading out there. And we were pretty much 2/3, three quarters of the way through earnings season. So, next up, what I want to do is take a look at an opportunity and an individual stock. And again, this is a name you know, so let's do that.

So, first thing we want to take care of is what is our risk? I think if we get back below that $38.50 level, then you don't want to own shares of Twitter. Let's take a look quickly also at the chart from Marketsmith. Now, Marketsmith has really some great charts because they allow not only a for us to look at the charts here, but we can see some other key fundamental data, such as the earnings and revenue. So, we saw an 829% increase in their earnings and an 18% increase in revenues. The relative strength right now is 88%, meaning it's outperforming 88% of all other stocks out there. And therefore, momentum begets momentum.

The key is where do we want to buy this stock when we look at this daily timeframe? I think in this general zone is good. But what we want to do is be a little bit more precise, if possible. So on here, what I have right now is a 15-minute timeframe. Again, that orange 130-Period Moving Average is still that same 5-Day Moving Average. But because we're looking at a shorter-term timeframe, we have to use more periods of data to get that same result. What I've also drawn on here is the volume-weighted average price from the earnings report. And you can see that initially, we were battling it, then it tried to hold this support, right now, we're below it.

So, for the buyers to really gain control back and show us that they can maintain control, I think what we'd like to see is a rally up and then hold above there. We could be splitting hairs, though. I think it's generally a good buy in this area, you could have, again, a stop, as I mentioned over near $38.50 if you wanted to give it a little bit more room, or we could go back to this 15-minute timeframe as well. And say that if yesterday was the worst day of the year for equities, then if this stock is going to hold up, it should hold yesterday's low so you could put a stop maybe at $39.5-ish. What we would be doing then is obviously giving us less risk by about $1. But a higher probability that that might get stopped out. Another way to look at it is perhaps to stagger your stops, do half of your stop at $39.5, the other at $38.5, it all comes down to timeframe and risk management and what you're comfortable with.

So, we've covered the risk aspect of it. Let's talk about the potential for reward. Because we've got a stock here that when we look at the weekly timeframe, we're looking really strong here. Now, we can draw a trendline that best represents the essence of trend. And you could see that if we get up to that, that would bring the stock right now to about $45.5. So, maybe about four points of upside from where we currently are. But if we get up to and through that level, I would expect the next level to be tested would likely be this peak here from last year at about $48.

I would sell partial into that $48. Because if you're looking at it, and people are looking to say, hey, I'm going to buy the breakout above this level, what they're failing to recognize is where the stock had come from first, expanding a lot of energy, it's most likely a level that will get sold into. And we would want to peel at least partial off and then maybe this stock on the weekly timeframe would pull back and then be able to continue to move. I don't want to create too many scenarios. But you have to look at it from that perspective of what's most likely to happen in this stock? And I think that buying it in this area is a good low risk, high probability trade in an overall market where we're seeing a lot of volatility. This could be one area that does continue to shine going forward.

Okay, well, I hope that made sense to you. We, right now, have an S&P 500 that has bounced after its worst day of 2019. But it does look like it has the potential to retest the lows and go a little bit further, probably down to that 200-Day Moving Average, and the volume-weighted average price from the December low. I do think, however, that Twitter can stand out amongst this volatility and show us a good risk reward from these current levels. The stock is trading right now at about $41 per share.

And as I mentioned, there's two potential stops that make sense to me at $39.50 and then at $38.50. Again, maybe you stagger those stops. That's up to you. But it looks like the stock should be heading up towards the highs that we saw earlier in 2018, that is last year, up near about $47. And I would look to sell some into that as the so-called breakout occurs and people begin to chase it. So, right now, we have a unique opportunity in Twitter within an overall defensive market environment. Hopefully that makes sense to you and you can make the trade your own. And remember, only price pays. Thanks for tuning in.