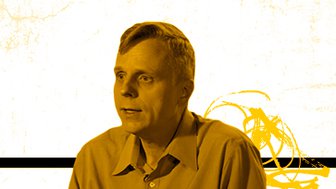 Leemon Baird, founder of Hedera Hashgraph explains why bitcoin may…

What if money could cross national borders as easily as data can? In this interview with Brent Johnson, Ripple and Mt. Gox co-founder Jed McCaleb explains his plan to connect people in the developing world with financial resources designed to fight poverty and develop individual potential. Excerpted from a video published on Real Vision on August 25, 2017.

ASH BENNINGTON: The future of finance, or the mother of all asset bubbles? Cryptocurries like Bitcoin and Ethereum are a divisive topic in the investing world, and yet some of those digital assets have made their founders and early investors incredibly rich. This series gives you the chance to hear some of the most influential people in the cryptocurrency space. In this episode, you'll hear part of a discussion between Santiago Capitals Brent Johnson and Jed McCaleb.

Jed McCaleb co-founded Ripple, a cryptocurrency, and Mt. Gox, one of the world's leading Bitcoin exchanges-- before its spectacular implosion in 2014. Jed's now working on a nonprofit called Stellar. We're about to hear more about what Stellar is, but to get you up to speed, it's a network for moving currencies digitally around the world with dramatically reduced costs and frictions. Jed is going to explain his team's project and how he's taking cryptocurrencies into the developing world. Could Stellar revolutionize the future of money transfers? Let's find out.

JED MCCALEB: As I started to learn more about how payments work in the world, it just became really clear to me that there needed to be this universal payment network, right? There needed to be, essentially, a way that no matter what financial institution used, whether you're at a bank or like some mobile money thing, or like Venmo or whatever, or you know, you're using one currency and someone else is using another, all these things should be interoperable, right? It should work like the internet does.

So the analogy we always uses is basically the SMTP is the underlying protocol for email, right? And it basically means where you don't have to care if, you know, somebody's at a university or a company or whatever. As long as they're running a mail server, you can send a message to them, right? And the same should be true of payments I think. And so that's what Stellar is designed to be, is this universal payment network, essentially.

So we started three years ago. And basically for the first two-and-a-half years we were building out the technology, and now it's kind of solid and robust. And we're getting people onboard the network right now.

JED MCCALEB: Yeah, so three years ago we started Stellar Development Foundation, which is the nonprofit. Basically, the idea is that we are trying to build this internet level protocol for payments, right? We want it to be kind of this open standard that everyone can use, it should be neutral and accessible, and you know, people that want to feel like they're benefiting their competitor. There's some central company. I mean, if you imagine the internet formed by a for-profit company, it would just be a very different world, right?

JED MCCALEB: So I think it's important that people, like, know that the thing will continue to be open and neutral, right? So it's similar to the Linux Foundation, right? So that was the idea behind Stellar Development Foundation, was that we want this thing to be this internet level thing. And so it's important that it has the governance and the assurances that people need, that it will continue to be this neutral thing.

So that's why we set it up that way. Kind of as, like I said, so as we're starting to get traction in the world now, we're realizing that there's all these opportunities and kind of demands that are better suited for a profit entity. So that's why we set up Lightyear. So Lightyear's actually a completely separate company.

BRENT JOHNSON: Oh, it is.

JED MCCALEB: And yet has different set of employees and different board and all this kind of stuff. But it's obviously pretty collaborative with SDF. But it's a completely separate entity. And so basically, you can kind of think of light year as the Red Hat for the Stellar SDF's Linux Foundation, where it helps with integrations, provide services and this kind of thing.

JED MCCALEB: So it's definitely a global problem. I mean, I think for this, for a universal payment network to work, it needs to be universal, right? So that said, I think where, I think most of this cryptotechnology is going to take off, it's going to take off first in the developing world. Like payments work pretty much OK in the US and Europe, right? There's some friction, but it's not terrible, right?

Whereas in places like Nigeria, more than half of the people don't have bank accounts. They depend really heavily on remittances. So they get charged. I think it averages like 10% to send money back to the country. And it's just very onerous for people, right? It's just super broken. So when we go places like that and explain Stellar to them, they get it immediately and they're like, yes, we want this today. So the demand and pain is just much, much higher.

So we're, essentially, our plan is to start in a few places like that. Nigeria, Philippines. And then places that want to start sending to there. So now we're talking to people the Gulf region and India that want to send to the Philippines, things like that. Then basically just kind of grow the network out from there.

BRENT JOHNSON: Got it. And so then how do you deal with that? Because now you're talking about regulation in like.

BRENT JOHNSON: Eight different countries, right? And not everybody agrees. This country might like this, but that country doesn't like that. I would think that you would need a team of policy experts and lawyers just to kind of figure out what you can and can't do.

JED MCCALEB: So what Stellar is, is this kind of low level protocol, right? And the people that we're talking to are existing financial institutions. So banks or remittance companies, mobile money operators.

JED MCCALEB: So they're already regulated. And it doesn't really change the regulatory story for them. Like they still have to know their customer. They still have to know, do the AML checks on the person on the other side, things like that. And essentially, Stellar doesn't change that, right? They, all we do is provide tools to make that easier and quicker for them. And then so the regulatory burden still falls on them. So it's basically, we're just providing this messaging format and database essentially for them.

BRENT JOHNSON: So who do you view as your competition? Is the existing remittance companies and the payment networks? Or is it the other currency, cryptocurrencies or new tokens that are trying to attack the same space? Or is it all of them? Maybe it's all of them.

JED MCCALEB: So, yeah, I mean, kind of the interesting thing again is, like we don't have that much competition. Basically we're kind of enabling, like for remittance companies, we're not competitors to them at all. Basically, they would use Stellar to make their payments faster and be able to pay out to more people, things like that. So it's basically an enabling technology for them.

Similar to pre-internet, there was a lot of bookstores. It's not like internet was competitive to bookstores, but it did create this phenomenon where now there's just basically one bookstore. Because like what it provides is all this leverage and scale. And so we think that people who kind adopt this technology first are going to benefit a lot from it, right?

And as far as the other crypto efforts, I mean, most of them are like there's a lot of stuff that just kind of gets lumped together in the blockchain space. But they're all trying to solve different problems, right? Like some of them are trying to solve, you know, like kind of a distributed Amazon, like storage, you know, things like that.

ASH BENNINGTON: So Jed McCaleb thinks that payment networks on the internet should function like the internet itself. They should be open and neutral. It's fascinating to see Stellar targeting developing countries, like Nigeria and the Philippines, where people are suffering under onerous regulation regimes. Jed sees this technology transforming their economies and their lives.

A platform that allows money to move from one corner of the globe to the other as easily and as quickly as the internet moves information is revolutionary. It could change the whole game. Will Stellar or someone else crack that code? We'll have to wait and see. But one thing we know for certain, since we first aired our interview with McCaleb late last August, the price of Stellar has risen over 11,000%. Thank you for watching. From Real Vision, I'm Ash Bennington.