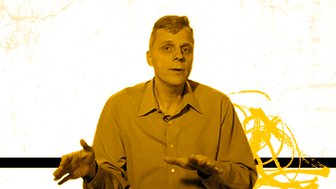 Will the future be written on the blockchain? Or will…

Leemon Baird, founder of Hedera Hashgraph explains why bitcoin may continue to face challenges and the future of the underlying blockchain technology. This clip is excerpted from a video published on Real Vision on February 7, 2018.

ASH BENNINGTON: Are cryptocurrencies the future of finance? Or are they just digital tulips? These digital assets are dividing investors, academics, and entrepreneurs. But they've also made some of their founders and early investors incredibly rich. This series gives you the opportunity to hear from some of the most influential people in the crypto world.

In this episode, you'll hear from Leemon Baird, the computer scientist behind Hashgraph. If you haven't heard of Hashgraph, that's OK. The short explanation is that Hashgraph is a distributed ledger technology that's similar to blockchain but with some unique and potentially very powerful features. Here's Leemon Baird to explain.

If you're in that situation, a distributed ledger can make you trust the decisions of the group 100%. You can create real money, cryptocurrencies out of thin air that then have real value. You can store information and be guaranteed that everybody is seeing the same thing. I'm not cooking the books and keeping 2 sets of my records.

You can be guaranteed everyone's seeing the same thing. You can be guaranteed that we're playing a game and that the rules are being enforced fairly, even if I don't trust any 1 person. I don't have to trust the 1 person running a server to do the right thing. It's the community as a whole that is enforcing it.

This is an incredibly powerful concept. And it's fairly new of being able to have no leader, no one in charge. We're all equal. And as long as I mostly judge the group, trust the group, I can trust the decisions perfectly. And given that foundation, you can build all sorts of things on top of it. So that's what a distributed ledger is.

It's a way for a bunch of computers to come to an agreement on what we did, in what order we did it, and at what time we did it. And given that, then we can see if what we did was actually valid. And then we can see how some kind of shared information is changing over time. And we'll all agree about how it's changing. And so we'll all have a copy of the exact same world in our mind.

So one of the most exciting things in the last decade has been Bitcoin. So what is Bitcoin? What does it do? Why is it exciting? And how does it work? So here's what Bitcoin is. The idea was we want to have a new kind of money. It's fun to hear economists talk about it.

Cryptocurrencies are a new kind of money in some ways. They're not really money. They're a different kind of thing-- better in some ways. So what we want to do is have this kind of money that's not run by any 1 person. It's run by a whole community. And no 1 person is special. Everybody is equal. And we can trust that there will only be 21 million coins ever made.

This is what we need for cryptocurrency. We need for everybody to agree on how much money each of us has. And everybody agrees that when someone transfers the money, it was deducted from the original person and added to the next person. So the total amount of money is constant.

So how can Bitcoin achieve this of making sure that the money doesn't get duplicated? You don't double spend. I don't spend my 1 coin at 2 different stores, and now, both of them have the coin. The way we do it is we come to an agreement on the ordering of the transactions. And that's basically all we have to do.

If I have 1 coin that I own and we all agree that Leemon owns 1 coin. And I spend it at Alice's store. And then I also spend it at Bob's store at the same time. I'm cheating. I'm trying to buy 2 different things with 1 coin. The community as a whole is going to have to come to an agreement.

That spend at Alice's store and that spend at Bob's store-- which one came first? And then whichever store they decide I came first at, that store gets to keep the coin. And the other store is out of luck. They got a fake transaction. They got me spending a coin I didn't own. It's like me selling you the Brooklyn Bridge.

As long as we can agree on these transactions, and we can agree on their order, all is well. We have actually created a new kind of money. Here was the idea for Bitcoin. Any 1 person in our community that wants to can create a block. A block is just a list of transactions. And we have this sequence of blocks.

The chain forks. And now, each of these 2 forks, they're growing. But after a while, this one's a little bit longer. Well, that means everyone's going to try to add to this one, because it's the longer one. So we're getting it even more longer. And then they'll keep adding to it. It will get even more longer.

And pretty soon, we're all going to realize this one is so long, we can just throw this one away. It's never going to get extended. It doesn't count. And all these transactions now get erased, and it didn't happen. And this is a disaster, because maybe I spent some money in Alice's store in her branch. And I spent some money on Bob's store in his branch.

And, now, which one's the real one? I don't know the ordering anymore. We can't deal with it. The whole system dies, so we have to do it slowly. The whole core of Bitcoin is, let's slow it down. We need to make sure that anybody can add onto the chain, but not very often. We need to make it really slow.

So here's what we do. We tell everybody, please solve a really hard math problem that takes a supercomputer a really long time to solve. And when you solve it, then you have permission to add the next block.

The core challenges of digital assets are still being sorted out. How do we reach consensus about the transactions created on the digital ledger? How can we be sure digital coins aren't spent more than once? How do we validate the sequence and authenticity of the transactions? Questions similar to these inspired Leemon to create Hashgraph.

But who will find the definitive answers? And which specific coins and ledgers will be the ones that ultimately catch fire? That's something we'll probably all have to wait a little bit longer to find out. Thanks for watching. For Real Vision, I'm Ash Bennington.