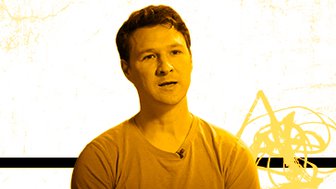 What if money could cross national borders as easily as…

Jesse Powell is the CEO and founder of Kraken.com, one of the world's leading cryptocurrency exchanges. He discusses how the popular online game, World of Warcraft, led him to the crypto space and why bitcoin could be a game changer. This video is excerpted from a piece published on Real Vision on August 18, 2017.

ASH BENNINGTON: Bitcoin, cryptocurrencies, blockchain-- these are some of the terms you hear in the news almost every day. But is it a bubble, or is it the future of finance? In this series, we'll bring you some of the leading voices in the crypto space, who will help deepen your knowledge of this often misunderstood world.

In this episode, you'll hear a discussion between investor Tuur Demeester and Jesse Powell. Jesse is the CEO and founder of kraken.com, one of the largest cryptocurrency exchanges in the world. And you're never going to believe where he got his start in the cryptocurrency space. Before there was bitcoin, there was World of Warcraft gold. Let's find out how he got from video games into cryptocurrencies that are now disrupting the world.

JESSE POWELL: Before Bitcoin, I had a company selling virtual items and currencies for online games. Started that in 2001 while I was in college, and eventually ran it for the next 10 years. But we sold World of Warcraft gold, Diablo II magic swords and items. We did up to about 20 games over the course of time, and eventually broke off in 2011 to do Bitcoin full-time.

JESSE POWELL: Yeah, so for the previous business that sold virtual items and currency for online games, the customer was usually either a kid or a young adult, like early 20s to mid 30s. We had clients from all over the world, obviously. And people were buying the currency either to spend it inside the game on whatever kind of money sinks they had in the game, like extra features or whatever, or they were using it to-- in some cases, actually as a real currency to pay for things in the real world.

We would often hear about kids that were, like, at school that would want to, like, buy a brownie from another kid or something, but like didn't have cash or a PayPal account, and would say, OK, just like send me some World of Warcraft gold for this brownie and we're good. Or people even paying for, like, car repairs or other things, you know, if they didn't have cash or a credit card.

TUUR DEMEESTER: Yeah, that's fascinating. And then when you heard about Bitcoin for the first time, like, what was your experience? And like, did anything strike you about that as special or interesting?

JESSE POWELL: Yeah, so I was immediately skeptical of it because there had been many attempts at creating alternate currencies before that had gotten in trouble with regulators, like E-gold, as an example. And one of the main things that I thought was preventing World of Warcraft gold from becoming a bigger thing, despite there being tens of millions of players, was that World of Warcraft was-- the currency was tied up in this virtual economy that was controlled unpredictably by the game developers, by Blizzard Entertainment. And they were opposed to real money trading, or the exchange of gold for real-world services or cash.

TUUR DEMEESTER: And I assume they were also in control of the money supply. Like, they could decide how much currency was created?

JESSE POWELL: Completely. Yeah, so there's actually been a huge amount of inflation of World of Warcraft gold over time. I mean, what cost-- I think it was like $5 for one gold when World of Warcraft came out, and today it's like $0.10 for one gold. So it's been hugely inflated. So obviously not a good store of value.

But even apart from that, you can't ever rely on your account being there tomorrow. They could close your account for any reason, and real money trade is explicitly prohibited by the terms. And so they regularly close accounts for engaging in that activity. So if you can't rely on your money to be there, it's not a real good wallet, right? So it couldn't be used for anything at scale. And that was, like, the main problem with World of Warcraft gold.

But what was different about Bitcoin was that it is obviously completely decentralized. Nobody controls it. Nobody has the authority to shut down your account or be the intermediary to prevent you from sending money from one person to the other or prevent you from signing up for an account. And so because there are no gatekeepers or central authorities, it doesn't have those risks. And so it solved really what was the main thing holding back World of Warcraft as a digital currency from being a bigger thing.

TUUR DEMEESTER: Right. And when you learned about Bitcoin, what did the landscape look like in 2011? Like, how did people acquire it, and what did they use it for?

JESSE POWELL: So in 2011, people were using it for all sorts of things, like obviously the famous story of buying pizza for 10,000 Bitcoin. There was people selling alpaca socks. People were selling all kinds of things. Like largely, like, at a small scale, like things that they would produce themselves, or it was like their own family business they were selling things for Bitcoin just to try to promote Bitcoin. So it wasn't used very widely. People were buying it largely through over-the-counter trades, like direct person-to-person trading through, like, the Bitcoin IRC channel, and also through what was the largest exchange at the time, Mt. Gox.

So those were the primary ways to get it. Obviously, the exchange space is greatly diversified today. And there's still a lot of trading through OTC. Kraken does OTC. We're seeing now OTC is-- it's more so the larger players that are using it, like hedge funds or other-- like, larger financial services or large buyers or family offices that want to, like, take a large stake for, like-- and hold it for a long period of time. So they're doing big OTC trades, and it's more the smaller traders that are using the exchange platform and taking liquidity directly from the market.

TUUR DEMEESTER: Do you see any technical work being done, or any possibilities that, down the road, auditability will improve somehow? Or maybe are there ways for customers to interact with exchanges while still retaining more control of their funds?

JESSE POWELL: I think we'll probably see more of the latter, less custody held at the exchanges and more of kind of a multi-sig or credit relationship.

TUUR DEMEESTER: So multi-sig, can you explain multi-sig?

TUUR DEMEESTER: Just very briefly, and what does it mean for the customer?

JESSE POWELL: Multi-sig means multiple signatures. So it's basically two of three signatures required to initiate a transfer. So in the case of an exchange, it could be that the exchange has one key or is able to make one signature, the customer has one signature, and some other third-party wallet provider, like BitGo, for example, could be the third.

And so we have a relationship such that-- you know, let's say there are certain rules in place, like if the trade is under x amount, then BitGo automatically signs for it. If it's over x amount, then the customer has to sign for it, too, where you always have two of three engaged in the transaction so that no single entity can steal the coins or lose the coins. And the worst-case scenario is that some small transfer gets through that was, like, automatically approved because it was below a threshold. But more than that, there's basically a cap on the maximum that can be lost.

ASH BENNINGTON: So Jesse Powell saw how World of Warcraft gold had the potential to become a groundbreaking digital currency. Millions of people were using it, but because it was centralized, the virtual gold had nowhere to go. Bitcoin was the solution to that. The cryptocurrency industry is growing to become incredibly diverse.