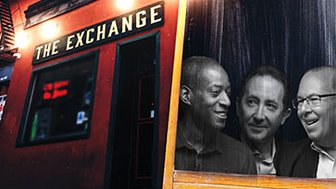 At the end of last year, the Federal Reserve was…

Modern Monetary Theory, or MMT, has suddenly become one of the hottest topics in economics and politics. But how does it stand to actually impact capital markets and public policy? In this exchange between Macro Tourist editor Kevin Muir and Modern Money president Rohan Grey, Real Vision's Ed Harrison finds out what's really at stake. Filmed on June 24, 2019 in New York.

KEVIN MUIR: I wish I had come across MMT before I'd fallen for the Bill Gross kind of German boon short.

ROHAN GREY: I wish the problem that we had today was that it's the politicians who are running the economy too hot. I think what you're seeing around the world is the opposite, actually.

KEVIN MUIR: The main tenets of MMT, the descriptive part about how a modern fiat money based system works, are correct. What you do once you understand those things is a political decision.

So I have two what I would call interested parties in Modern Monetary Theory to talk to us today. So first, we have Kevin Muir, who is the author of The Macro Tourist newsletter and a market strategist. And we also have Rohan Grey, who is a doctoral fellow at Cornell Law School and the president of the Modern Money Network.

So thank you both for coming and talking to us today. Really looking forward to the conversation. Actually, I want to start with you, Kevin, because one of the things that I found really interesting was that Warren Mosler-- actually, when he thought about Modern Monetary Theory, he thought about it as monetary operations. And really, the genesis for him was about understanding the money system that we're in and making money as a result of that.

ED HARRISON: So one of the things I wanted to ask you is, you're somewhat sympathetic to MMT. What kind of trades-- what kind of investments are you seeing right now that you think MMT is good at informing you in terms of being able to profit from?

KEVIN MUIR: Well, there's a whole host. Warren highlighted the fact that on the JGBs, which was the killer trade that got the most macro traders, they shorted the JGBs for years and decades and lost lots of money. He said the MMT guys had basically avoided that trade. I think that I wish I had come across MMT before I'd fallen for the Bill Gross kind of German boon short. Because it's kind of ending up being the same trade over and again.

And what I mean by that is the fact that Europe is currently doing an extreme monetary madness with fiscal austerity. And the MMT guys will tell you that that is not going to work. You are not going to get inflation. Yet all the old money guys that are kind of using old textbooks would tell you that, no, it's going to come. This is a great trade. Bill Gross, it kind of knocked him out of the game.

And so there's a perfect example of something that you can avoid. And by understanding MMT, you avoid falling into that trap. And not only that, you know what to look for in terms of when that will turn. And namely, that is once Europe starts spending and once the governments kind of abandon this idea of doing fiscal austerity, that is the point you should be buying European equities and shorting boons. But until then, stay away from it.

ED HARRISON: Well, you mentioned inflation. So Rohan, tell me a little bit about this, because that was one of the big questions that commenters had on the Mosler video, that inflation eventually is going to be a problem. That is, is that at some point, politicians just can't get enough of a stimulus. And they are going to run the economy beyond. It's a real resource constraints.

ROHAN GREY: I wish the problem that we had today was that it's the politicians who are running the economy too hot. I think what you're seeing around the world is the opposite, actually. That most politicians are needlessly engaging in austerity to the point that we're seeing huge lost output, huge lost productivity, and a lost generation of people my age and younger who have no prospects in an economy that is drastically undershooting.

So I'm not so worried about this inflation bias of politicians, other than politicians aren't likely to try and push the interests that they represent. So we see huge tax cuts for certain demographics. We see corporate subsidies for certain industries. We see certain kinds of corruption in grift that we should be dealing with. Those problems are problems that undermine the way the economy should work.

And if we want to deal with inflation, what we really need to be doing is investing in productivity-enhancing investments that include full employment, that include the kinds of technologies that are going to get us to address the climate crisis we're in, things like the student debt cancellation proposals that we've just seen come out today from various politicians in the United States, that are attempts to actually rebuild the base of any productive economy, which is its workers, its people, and its social fabric.

So I think there are ways to deal with inflation. And more importantly--

ED HARRISON: What are those ways?

ROHAN GREY: Well, in order to address it, we need to know what the actual underlying causes of inflation are. So on one hand, there are sources of excess demand-led inflation. But in order to know whether that's a problem that is caused by, and therefore best addressed by, excessive government spending or an excessively loose government budget, we need to look at all the other sources of demand in the economy.

So every time a private bank makes a loan, nobody's standing outside going, what about the inflationary impact? What about the inflationary potential there? Even though that might lay claim on real resources that otherwise could be employed in other ways. When people invest in speculative investments or create new forms of financial instruments that increase balance sheet net worth in ways that could be distortionary, we don't complain about that. We call that innovation.

So if we want to deal with the core causes of price increases, we need to first diagnose where they're coming from. And that could be quite different in different contexts. There are contexts where certain people have too much spending power. We could reduce that. One way to reduce that is through taxes. Another way historically is through savings policies, either voluntary or involuntary savings policies.

Another way is through things like credit guidance and credit controls. We're seeing right now, in places like the United Kingdom, central bankers and politicians are proposing forms of credit guidance that reduce our investment in fossil fuels and increase it in other forms of sustainable energy. So that's an example where we are transforming the direction and scope