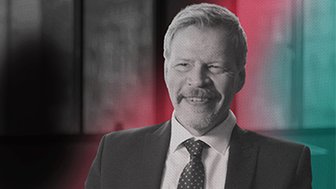 Global equity markets look poised to break higher, according to…

Theater of the Absurd

Is the U.S. housing market on the precipice of another price collapse? Real estate analyst Keith Jurow tells the story of the last ten years of the housing market — utilizing a very different framework than most commentators rely on. Jurow breaks down the data, unpacks the risks that may threaten home prices, and provides his view of where the housing industry is headed. Filmed on March 26, 2019 in New York.

KEITH JUROW: There are very dangerous circumstances today that you have to think about, in terms of making decisions concerning houses. The first is that there are still millions of these redefaulting, modified mortgages. If you add to that the fact that you have millions of homeowners defaulting or in long-term delinquencies, who have no intention of repaying the mortgage.

This is a real shocker. Many of these subprime mortgage borrowers haven't paid a nickel in the last five years. And you think that you can stay as long as you can. And isn't that just great? And the only ones who lose are the lenders.

Hello, my name is Keith Jurow. I'm an analyst. And I'm the real estate columnist for MarketWatch. Since 2010, I've been trying to educate my viewers and readers that the so-called housing market recovery is really nothing more than an illusion. Let me start by making two claims.

The first, I don't think it's a wise decision to buy a house-- either to live in or for investments-- right now. And the second is that some homeowners should consider selling their house now before they lose whatever equity is in it.

Is the subprime crisis still impacting the housing market?

KEITH JUROW: At the end of the housing bubble, prices began to level off in 2006. And then, in 2007, they started to decline around the country. Things got really bad quickly. And in 2008 and 2009, prices were falling everywhere. Nowhere worse than in places where the speculation was greatest, like Phoenix, Las Vegas, Los Angeles, most of California, and much of Florida.

Foreclosures just kept rising as prices were tumbling. And then, by early 2010, the lenders and their mortgage services panicked. And they said, we have to do something to stop the bleeding. So they decided to sharply reduce the number of foreclosed properties that they would put on the market.

They just decided they weren't prepared to take the losses on these expensive homes. So most of the foreclosures were $200,000 and under. And the other expensive properties were simply left to sit. The question is, what finally turned the housing markets around the country around?

Things were really bad in 2010. And did this solution work? Not really. Because throughout 2010 and 2011, foreclosures continued to grow. They actually peaked in 2010 with over a million foreclosures. Nowhere was this worse than in California and in LA.

So throughout 2010 and 2011, foreclosures continued to rise. Prices continued to drop. And the services decided that we need to do something more drastic than what we've been doing so far. So starting in early 2012, what they did was actually reduced the number of properties that they repossessed and put into foreclosure.

This really began to make a difference, especially in Los Angeles, which was, you might say, the epicenter of this whole madness. And by 2012, at least in LA, prices began to turn up. But that wasn't the case for the rest of the country, especially in the rest of California and Florida, which was just a mess.

But they continued to close the spigots, so to speak, so that for example, in LA in 2012, there were only 25% of the foreclosures that there had been in 2008, which was really the peak of foreclosures in California. By 2013 and 2014, the foreclosures almost stopped completely. And the services began to see that this was actually working.

If we keep these properties off the market, and we don't foreclose on them at all, then this could turn around prices. And very gradually in 2013 and 2014, around the country, prices slowly began to increase.

The important thing that I want to point out is that this had nothing to do with any kind of economic recovery. The housing market turnaround was done because of these actions taken by the lenders and servicers to do something about this foreclosure mess.

How is the New York Metro area unique?

KEITH JUROW: I should mention the New York City metro, because it was a really special and unique case. It's the largest metro in the country, with almost 20 million people. And what happened there was just extraordinary. The lenders and the servicers never put very many properties into foreclosure, and sold very few.

If you take a look at the next graphic, you'll see on it in this table that in the first row, there were hundreds of thousands of properties in the New York City metro that received what were known as pre-foreclosure notices telling them that they were in danger of foreclosure, these delinquent homeowners. But then if you look at the second row, you'll see that very few of them were actually foreclosed between 2010 and 2014. Almost none.

And that continues to this day. And that was the only reason why prices in the New York City metro-- and I mean the entire metro, New York, Long Island, Connecticut, and New Jersey-- prices never really dropped very much at all. And that was entirely because of these actions taken in terms of, we just won't put them into foreclosure or sell them.

Has the strategy for dealing with delinquency worked?

KEITH JUROW: Now what about these strategies taken by the lenders and the servicers? Did they work? Have they worked? I would say, yes and no. They did keep a lot of these properties out of foreclosure. They didn't put them on the market, so it had that kind of a positive effect in terms of prices.

But there was another big problem. There were so many delinquent homeowners that hadn't been put into foreclosure that they had to decide, what do we do about them? Just reducing the number of properties that you put into foreclosure wouldn't be sufficient, because new delinquencies were rising all the time.

And so, for them, the solution that they decided on was to modify their delinquent mortgages. And the shocking number is that between 2008 and 2018, some 25 million mortgages were modified. Or they had another term for things that weren't permanent modifications, they called it workouts. I won't get into that.

But 25 million of them were modified, so that the servicers wouldn't have to foreclose on them. And the question is, well, did that work? Yes, in the sense that it stopped-- it prevented the mortgage servicers from having to foreclose on millions of additional mortgages. That wasn't the end of the problem, as we'll see.

How are current subprime mortgages performing?

KEITH JUROW: Here's another problem that they had to deal with. During the bubble, there were some-- there was over $2 trillion of subprime mortgages that were originated. These were poorly underwritten. And they were really a disaster. Very quickly, they started defaulting in droves. And several million of them have already been foreclosed.

You'll see that just a year ago, in some of the worst states, half of these hadn't paid a nickel in the last five years. And this problem continues. And if you take a look at the states, yes there are the usual suspects. But you'll see on the bottom that there are some states you wouldn't think that they had such a delinquent problem, but they do.

I have seen-- I have seen reports where some of these folks have not paid for seven, eight, nine years. And the servicers simply let them sit. We're talking about several million of these mortgages still outstanding. Now, you may ask, well, wait a minute, Keith. How can a couple of million mortgages take down major housing markets?

That's a fair question. And my answer is simply that the problem that we're facing today goes well beyond just the subprime mortgages.

What is a Cash Out Refi?

KEITH JUROW: The problem is far greater than just the delinquent subprime mortgages. During the craziest period of the bubble, some 20 million homeowners refinanced their first mortgage. But it wasn't you-- you might say, big deal. What's the-- people refinance all the time. But these-- what became known as cash out refinances were different.

The homeowner wanted to tap the equity, the growing equity in their home. So what they did was they took out a new first mortgage. They refinanced the old one with a larger first mortgage. And they took the difference between the two in cash. And that became known as a Cash Out Refi.

And it was, if you think about it, it was like money falling from the sky. And in California, nothing was crazier than there. You could pull out $100,000, $200,000, $300,000 in cash because of the growing value of your property. The lenders were more than willing to shovel it out, because they thought the prices would go to the sky.

And what happened when home prices leveled off? Millions of these homeowners, especially Californian and some of the larger metros-- New York City and Chicago and around the coast. But it was nationwide. They found themselves with a much larger mortgage. And when prices began to turn down very quickly, the property was underwater.

They were underwater and they started defaulting in droves. And that was one of the main reasons why the mortgage servicers decided, we have to modify these millions of mortgages. Otherwise, this price collapse will just continue.

What's the impact of redefaults?

KEITH JUROW: You would think that with all of these solutions, that would solve the problem. But it didn't. Because almost from the beginning, millions of these modified mortgages started redefaulting. The homeowners, for some reason, whatever, they decided that my house is underwater and I can't really afford the mortgage. Or I have no intention of repaying. And so they started redefaulting.

Some of them have redefaulted two or three times. If you take a look at this next