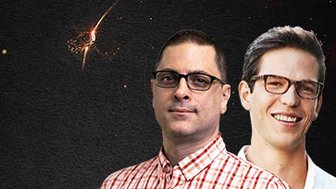 Josh Williams, CEO & co-founder of Forte, joins Santiago Velez, co-founder and R&D division lead for Block Digital, to discuss microeconomies in games, how Forte and others are cultivating new monetary incentives and interoperability between games through the use of NFTs, and the future of digital assets in the gaming space. Williams hypothesizes that the original sin of the internet was that there was no way to monetize outside of audience aggregation and advertising. Games, on the other hand, have experienced massive innovation through the use of microtransactions or in-app purchases. With that in mind, Williams asks, how do you bring all users equal levels of positive experience? The answer is to allow for gamers to have access to properties rights and economic opportunities. Williams highlights that the reason this has not happened yet because no enabling technology existed until Bitcoin and blockchain came around. As it stands, a game publisher controls their data base, which players can use without ownership of its digital assets—but, blockchain technology would allow this data base to be publicly written on. Wiliams shares how Forte is attempting to make it easy for game developers to integrate and use blockchain technology to allow gamers property rights, which creates real markets and economies in their games. Filmed on March 26, 2021.

Key Learnings: According to Williams, in most of the top games, less than 5% of users make in-game purchases. Within that, less than 1% of users will drive 80% of the revenue. The challenge is how do you design around both free users and paying users, providing a good experience for both, and the solution is blockchain technology. Williams believes that the integration of blockchain technology in games will make users see property value and rights in digital worlds the same way they do in the physical world. Further, once that exposure happens and users understand these systems, this will expand far beyond gaming and open new financial models across the globe.