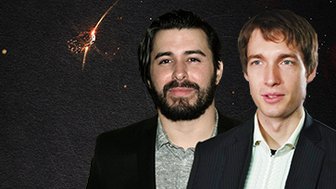 Real Vision senior editor Ash Bennington sits down with Lawrence Lewitinn, managing editor and host of First Mover at Coin Desk, to discuss the crypto markets, ETFs, use cases, value propositions, and long-term viability. Lewitinn views the crypto markets as incredibly thin, fueled by hope and greed, and he discusses the power of surpassing psychological barriers like round numbers. This has been prevalent in the recent increase of Ethereum’s value as it crossed the $3000 threshold. With its value quadrupling, the trajectory of hope and trust in the system grows with it, leading to a positive change in the global ecosystem. However, Lewitinn also points to the issues whales such as Elon Musk can cause—if they were to throw all their holdings into the market at all once, that would pose a huge problem for blockchains such as Bitcoin because there would not be enough buyers in the space, triggering a huge wave of liquidations. Lewitinn states that while Bitcoin and crypto have huge potential, we do not know yet if there will be a better version as Bitcoin has yet to achieve one of its original goals. Lewitinn asks, “Would Bitcoin be at $50,000 if not for the pandemic? Would the space be as we know it today if Trump had won re-election?” Ultimately, the future is unknown. Filmed May 3rd, 2021.

Key learnings:
According to Lewitinn, when one reads the Bitcoin paper, it is elegant and solves the problem of transactions in trustless spaces. However, it requires a lot of work and energy. Further, it is more successful than it should have been when it started. In relation to the crypto industrial complex, Lewitinn believes that Bitcoin will not be the end-all, be-all solution as different specializations emerge. He views the explosion in the space as still being in the early innings. Even as there are a lot of unknowns that still exist in this market, what we do know is that Ethereum is becoming increasingly more viable in today’s society. Lewitinn believes that many of the things attributed to blockchain technology will live as an Ethereum specialty rather than Bitcoin fantasy.