The Case for “Bitcoin Maximalism” 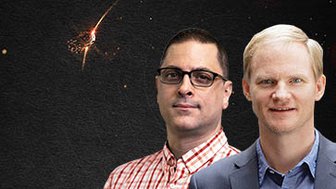 BitGo: Is the Crypto Space Finally Ready for Institutions?

Prime Trust Has the Ultimate Set of Fintech Tools

Prime Trust Has the Ultimate Set of Fintech Tools

Let the People Play (and Profit From) Blockchain Games

Let the People Play (and Profit From) Blockchain Games

Marketing Will Evolve From Web2 to Web3

Marketing Will Evolve From Web2 to Web3

Why This Is Ethereum’s Awkward Teen Phase

Why This Is Ethereum’s Awkward Teen Phase

How To Build a Crypto Capital Market

How To Build a Crypto Capital Market

Is This Bitcoin Bulls’ Last Stand?

Is This Bitcoin Bulls’ Last Stand?

This Is How DeFi Will Attract Institutions

This Is How DeFi Will Attract Institutions

GameFi Is a Whole New World for VCs

GameFi Is a Whole New World for VCs

The DeFi Shift Is Driven By People

The DeFi Shift Is Driven By People

Is It Best to “Stay Heavy Bitcoin” Until Markets Look Better?

Is It Best to “Stay Heavy Bitcoin” Until Markets Look Better?

How Bluzelle Is Building the Play-to-Earn Blockchain

How Bluzelle Is Building the Play-to-Earn Blockchain

What Happened at Bitcoin Miami 2022

What Happened at Bitcoin Miami 2022

The Case for “Bitcoin Maximalism”

Brad Mills, host of Magic Internet Money Podcast and partner at Xsquared Ventures, joins Ash Bennington, Real Vision senior editor, to discuss everything Bitcoin—from the Block Size Debate in 2017 to the philosophical vs investment reasons for owning Bitcoin and misinformation around the Bitcoin narrative, this interview covers it all. Mills explains that while Bitcoin Maximalists have been around as early as 2014 during the first alt season, the community was more harmonious as there was an understanding that Bitcoin was going to be the winner and what everyone was striving for. Altcoins were instead seen as experiments that one could mine, sell, or trade for more bitcoins. Come 2017, there had been a shift in mentality where many VCs were simply trying to redo Bitcoin. Mills goes on to explain that the ICO boom triggered a reaction, causing “Toxic Bitcoin Maximalism,” a response to those falsely aligning with Bitcoin while trying to shill their subscriptions and exchanges or capture volume on their stable coins or altcoins. Filmed on April 1, 2021. Key Learnings: Fundamentally, the view of original Bitcoiners is that they do not want Bitcoin to be taken over or influenced by corporations in a way that is not in consensus with the node runners and developers of the network. In the eyes of these Bitcoiners, if corporations set the rules of Bitcoin because they have all the money, what precedent is set for governments? Further, the core tenant of Bitcoiners is that decentralization is most important and must be retained above everything else—even price and adoption. Mills goes on to state that the most important thing Satoshi did when inventing Bitcoin is that you could have consensus achieved on a ledger in a way that no government could shut down. Censorship resistance is the most important thing to any blockchain, and if there is no resistance, it should not be a considered a blockchain. 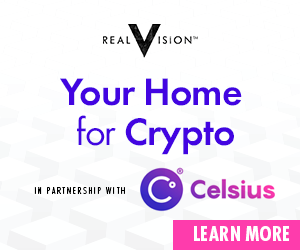