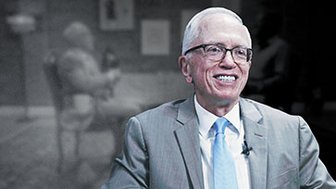 Stephen Auth, CIO of Federated Global Equities, sits down with…

Ian Bremmer, president and founder of GZERO Media and the Eurasia Group, sits down with Vincent Catalano to discuss the fracturing of the global geopolitical order. In their conversation, Bremmer identifies where the breakdown in globalization is happening, and why mistrust of legacy institutions is growing. Bremmer also reveals why geopolitical conflict is a huge risk factor for global markets, and what a less globalized world means for investors. Filmed on July 24, 2019 in New York.

IAN BREMMER: The GZERO is the absence of global leadership. Mainstream media is dividing our country and is dividing the world. We're more divided, our allies are weaker and more divided, and the Chinese are building an alternative. And it's completely different from what advocates of globalization, and the free market were hoping was going to happen in the 21st century.

VINCENT CATALANO: The world is a complex place. An interconnected, interdependent ecosystem where what happens in Vegas, oh, it rarely stays in Vegas. Now many investors-- too many investors-- rely on simplistic slogans and rules of thumb; heuristics. Things like don't fight the Fed and the inputs into the discounted cash flow model.

What is lacking is a more comprehensive approach; a more holistic look at the investment decision-making process. In this Real Vision interview, the master of comprehensiveness is my guest. Ian Bremmer is president and founder of the Eurasia Group, the world's leading political risk analysis firm, and GZERO Media, a company dedicated to providing the public with intelligent and engaging coverage of global affairs.

I hope you like what you see. Ian, welcome.

VINCENT CATALANO: Good to see you, too. Why is geopolitics important to investors?

IAN BREMMER: It's not always as important as it is right now. Usually, geopolitics is really important for people focused on parts of the world that are intrinsically unstable-- the Middle East, emerging markets, cross-border tensions, that kind of thing.

But right now we're heading to a bust cycle, what I call a geopolitical recession, where the old US-led order is actually unwinding. In other words-- I mean, the US is still stable domestically. If we have Trump for another term or not, that's not going to matter that much to domestic policy.

But what happens with the world, the idea that you've got major trade tensions between the US and all of its major allies and between the two largest economies in the world, the US and China. You have NATO in much weaker condition than it was historically. The ability to respond to crises when they emerge.

After 9/11, after the 2008 financial crisis, the US came together, the allies came together. Even our antagonists. The Russians after 9/11 supported the US. The Chinese after 2008 were constructive in the G20.

That's why geopolitics matters. If you look forward over the next 5, 10 years, the single question that most investors are most uncertain about in terms of driving macro market strategy is actually geopolitics. It's not economics.

VINCENT CATALANO: Exactly. Look let's look at some-- and by the way, what you're describing sounds very much like-- and we're going to get into it in a little bit-- GZERO.

VINCENT CATALANO: OK, exactly. Let's take a look at some of the geopolitical type of issues that are out there. Touch upon a few macro trends that are there. And I'm sure weave it into GZERO concept.

Globalization. A little bit more like deglobalization is going on. And that's kind of what you're describing to you a good extent, too.

IAN BREMMER: Well, I mean, certainly people are moving and ideas are moving and capital is moving around the world faster and faster. That's certainly true. And if you want to talk about early stage industrialization-- oil, gas, commodities, rare earths-- I don't see deglobalization happening there. I actually see markets continuing to become more integrated.

But if you start talking about manufactured goods and services. there I see labor becoming less important to supply chain and I see supply chains becoming shorter. And especially after the next economic downturn and given the fact that the Chinese are becoming more competitive and they don't have rule of law, I actually see some level of trajectory momentum away from further globalization.

But the most important point is the most advanced part of our economy, which is technology. Chips, 5G, big data, the cloud. And there we actually see globalization literally falling apart. We see two completely different competitive systems, one being driven by the Chinese, the other largely being driven by the Americans, and they don't interact.

I mean, everyone's complaining right now in China that the Americans are trying to get rid of Huawei, which is their major technology company driving 5G. But if you're Amazon or Google, which are functionally American monopolies in their space, they don't even have access in the world's largest internet market, China.

IAN BREMMER: Well, trade wars are a part of this but the Americans and the Chinese fundamentally need each other in trade. We want to buy Chinese goods. They want to sell them to us. And one of the reasons why Trump, despite talking about putting tariffs on the remaining $325 billion of Chinese exports to the US, has been reluctant to do so is because those are products that American consumers actually buy.

Its clothing, its toys, its your iPhone. And if he does that, American voters are going to feel it. So he's very reluctant. And that's why despite the fact that there's no breakthrough deal as of yet between Americans and the Chinese, he's actually put a ceiling on further escalation.

So yes, the populism and nationalism that we see not just in the US but in many democracies around the world, and developing, is leading to some more protectionism. But the fact is that the interconnection of international trade is still a driving force in the economy.

IAN BREMMER: It's very hard for leaders of advanced industrial economies to convince their populations that more free trade is good for them. So the average member of the working class and the middle class may see that the markets are doing really well and may see that the top 10%, 1%, 0.1% have done really well.

But to the extent that their wages have been flat for decades now, telling them that NAFTA or the trans-pacific partnership is good for them doesn't really cut the mustard. That's true in the US. Bernie Sanders would have opposed the TPP. Hillary Clinton was an architect but said she'd have to change it before she pushed it through Congress.

Trump, of course, famously said I'm ripping it up and Obama couldn't get it done. That's also true in Europe. It's true in lots of wealthy democracies. Interestingly, you've got a lot of populism and nationalism in countries like Mexico and Brazil, but they're working and middle classes have benefited from globalization and they see it.

Those are the ones that got the jobs that left the United States and Europe. So even though they are voting in anti-establishment, anti-corruption figures, there's no problem promoting free trade. And in Mexico, the new US-Mexico-Canada trade agreement, which is a little bit like NAFTA-prime, is very popular among pretty much the entire population.

VINCENT CATALANO: Mm-hmm. You mentioned corruption. To shift gears a little bit, what about the rise of illiberal democracies? You have many governments now emerging where you have autocrats at the core benefiting from what appears to be superficially a democracy. I think you can think of Russia in that regard, and other countries, too.

They vote. The people vote for so-and-so. And there's an operation that seems to be happening within those countries having to do with perhaps illicit funds, and money, and kleptocrats, and things of that sort. Thoughts on that.

IAN BREMMER: Well, it's interesting. First of all, I would not consider Russian a liberal democracy. I would consider them a functional authoritarian regime. There are no meaningful opposition parties in Russia. The Russian government controls all the media that matters. And as a consequence, if the Russian people wanted to potentially vote for someone other than Putin, they really don't have the opportunity to.

In the case of Turkey, you have a democracy with relatively weak democratic institutions and a would-be autocrat, former prime minister now President Erdogan, trying to dismantle that system so that he can run it, and his family. That's really interesting.

VINCENT CATALANO: That is.

IAN BREMMER: But he's tried really hard. And Lord knows there's a lot of corruption around his family and around his sort of business network. And yes, there was an attempted coup against him. It failed. And yet he couldn't get his own guy as the mayor of Istanbul despite two tries, two bites at the apple in their elections.

And some of his most important former supporters now leaving his AK Party and they're developing alternative political movements in the same space, the center right, to go against him. In other words, I think we're seeing the tipping point away from Erdogan. I don't think he's going to be running that country in another 5 to 10 years.