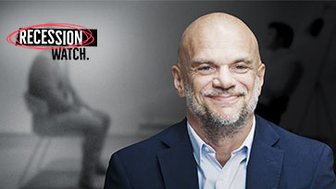 If and when a recession comes to pass, how will…

Can Central Banks Save Us?

John Burbank, CEO and founder of Passport Capital, discusses his highest conviction trade as we encounter what may be the final phase of the business cycle. In this candid conversation with Alex Gurevich, CIO and founder of HonTe Investments, Burbank reveals the thesis behind his Eurodollar bet and speaks about the history of globalization that has led to this potential breaking point. Filmed on July 2, 2019 in San Francisco.

RAOUL PAL: One of the reasons I personally love Real Vision is the circle of people that I can call upon is truly amazing. And this piece is literally two of the smartest people I've ever met. And two of the nicest people I've ever met. Is John Burbank and Alex Gurevich. John and Alex are really interesting for this conversation because they are both deeply involved in fixed income. There is a particular trade that John has put on very, very successfully that Alex is involved in and has a deep understanding of that I'd like John to explain to you. This is John's idea of how to trade the cycle and particularly the rate cycle. I've been talking about over this week that rates may go to zero and how we can make an extraordinary amount of money out of it. So I'll leave you to really enjoy the conversation of John Burbank and Alex Gourevitch.

ALEX GUREVICH: I'm Alex Gurevich, the founder and CIO of Quantum Investments, and I am delighted to have as our guest today, John Burbank, the founder of Passport Capital. He founded the Passport Capital I believe, in the year 2000. And it's been very successful and very well-known in the '00s during the times leading up to the financial crisis. Very successful fund.

But I'm particularly excited to have John here, because not only are we in a closed space in this building, but also in a close intellectual space, I believe. We occupy similar intellectual space, though we trade different products. For me, it is important that like myself, he is engaged in a long horizon thinking and trying to understand what things really are, and seeing forest behind the trees, and trying to understand that regardless of current market noise, the current perception, where certain price or asset is likely to be two years from now, not by this afternoon at the close.

And that's why I think we can speak the same language, even when we talk about different products. When you end up being a contrarian, you're against 90% of the market, And yet you sit there 95% sure that you're right while 90% of smart people are wrong. In 2004, I said, one should buy every deferred [? variable ?] contract of any maturity if it trades below 100. So basically in 2004, I made a statement that European interest rates will be zero or negative in perpetuity, which was probably 10 years before its time.

I don't think that was as much a brilliant-- it was some kind of mixture of a brilliant insight and some luck. I was just frustrated with the efficiency of European Union. That's really what I was speaking in. I didn't have that strong perception how Europe will really play out. But I said it and it carried some weight back then.

Now what I would like to kind of open up with asking John is what are the instances-- maybe bring up some historical examples from your career when you could really nail it. And how would you attribute some of it to luck and some of to what it is that today allows you to nail it?

JOHN BURBANK: Sure. So probably the best thing to start with is that I started in January '96 at a small hedge fund here in San Francisco doing emerging markets. And emerging markets were a rapidly new asset class. And so there's a lot of excitement about it. But I'm sitting in San Francisco doing emerging markets, and our fund went up every month into from January '96 to October '97. And then EM collapsed, and people did not predict that. And the US kept doing well. It bottomed in '98 about a year later, and then the US went up to a bubble, and nobody pretty knew that.

So I guess early in my