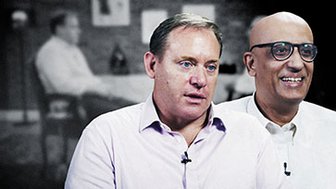 Why China Will Avoid Crisis by Any Means Necessary

Why China Will Avoid Crisis by Any Means Necessary

Private Credit and the Death Knell of the 60/40 Portfolio

Private Credit and the Death Knell of the 60/40 Portfolio

Turkish Lira: A Recipe for Disaster?

Turkish Lira: A Recipe for Disaster?

“The Banks are Going to Crash the Stock Market”

“The Banks are Going to Crash the Stock Market”

COVID-19: The World’s Crash Course in Data Analysis and Modeling

COVID-19: The World’s Crash Course in Data Analysis and Modeling

How to Buy and Store Physical Metals

How to Buy and Store Physical Metals

Fleckenstein and Rule: Miners Are a Call on Unintended Fed Policy

Fleckenstein and Rule: Miners Are a Call on Unintended Fed Policy

The Unwinding: Gold, The Credit Cycle, and the Monetary System

The Unwinding: Gold, The Credit Cycle, and the Monetary System

Gold and Silver: The Least Burnt Trees in a Wildfire

Gold and Silver: The Least Burnt Trees in a Wildfire

Milton Berg: The Return of the Turning Point Master

Milton Berg: The Return of the Turning Point Master

The world previously had used copper, silver and gold but by the end of the 19th century, practically the entire planet was using gold as money and people who were still on silver had suffered enormously from the massive devaluation of silver. What we saw was the spontaneous market monetization of gold as a universal monetary medium used all over the world. That primarily in my mind goes back to the stock to flow ratio of gold, the fact that gold has the lowest percentage increase in its supply reliably year in year out.

This is how it has operated because of its chemical properties, which mean that its existing stockpiles don't rust, don't corrode. All of the gold that we've been piling up for thousands of years, all the gold that we've accumulated over thousands of years of gold production, all of that is sitting somewhere there. People hold it, and it's very valuable. They take care of it. Nothing can ruin it. It can't trust, it can't corrode, it can't evaporate. Therefore, the stockpiles of gold continue to increase every year.

Every year, we just add more gold to the stockpile that we have, and we don't consume any. The quantity of gold that exists is very larger. Every year as we're adding to it, the addition that we add every single year is small compared to the existing stockpile. That means that every year, the primary market for gold is made up of people who already own the existing supply, selling to people who want to buy some of that.

The market is made up of holders buying and selling, but there's very small section of the market that's made up of new supply of miners, providing new supply. This, I think is the key property that made gold a monetary standard and made the gold successful as money because it means that should its price rise, the only way for people to make more of it or is to bid up the price further and to buy more of it from people who hold it. Therefore, it's useful as a store of value because people who hold it don't have to worry about some new way of increasing the supply, which increases the available supply in the market and brings the price down.

I think this is what I argue in my book was the primary reason why gold won out over other monetary metals. Silver was more popular. It