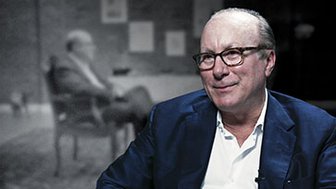 David Metzner, managing partner at ACG Analytics, sits down with…

Marko Papic, partner and chief strategist at the Clocktower Group, sits down with Mike Green of Thiel Macro to discuss the growing conflict between the U.S. and China. Focusing on the internal incentives driving leaders' actions, Papic predicts increased financial volatility and geopolitical instability. Papic also talks about the potential for opportunity amid the uncertainty. Filmed on August 27, 2019 in Los Angeles.

MARKO PAPIC: What does China want? What does China truly want? I think what China truly wants is a regional hegemony. I don't think he wants a global hegemony, and in a way, it's like professional wrestling. He's in a ring, and he's taking that plastic chair, he's beating Xi over the head and whispering, burst the ketchup thing, just burst the ketchup in your face and it looks like you're hurt.

One thing we do know, Mike, is that Chinese policymakers have made massive mistakes over the last 18 months. I don't know who advises them, but whoever does, has been telling them fairy tales.

MIKE GREEN: Mike Green for Real Vision. I'm here in Los Angeles. We're going to sit down with Marko Papic. Marko's with the Clocktower Group. He's formerly with BCA Research and he's one of my favorite young strategists. In particular, he brings a framework of thinking about constraints, what are people forced to do, which in a world of macro in which there's so much going on and there's so much you can possibly know, normal people can't do tends to be the most powerful information. Can't wait to sit down with him. I hope you find the information as interesting as I know I will.

Mike Green, I'm here in Los Angeles with Marko Papic of Clocktower Group. Marko, you and I have known each other for many years, first at BCA and before that, you're actually at Stratfor, although I wasn't aware of that. Let's talk a little bit about your background. Starting on that point. You're not from the United States or even Canada for that matter. You're a Serb, and so on all matters of death, we can discuss these things. How did you get out of Serbia? Tell me about your childhood.

MARKO PAPIC: Well, first of all, it's great to be back on Real Vision. I think we did a hit on Brexit couple years ago, so thank you for having me back on. Yes, my background is different. I was born in Yugoslavia. I'm one of the few people who at six years old, had to have their father explain to them what it means to be something else. When you're born in a country that has identity, that has a sense of self, and then that evaporates, that's a really interesting moment in your life, because then you have this moment when you have to be told that you're something else.

I was born in Yugoslavia, it became Serbia. Lived in Iraq for a very brief period of time. When the country started to fall apart, we actually moved to Jordan. Of all the places in the world, we moved to Amman, Jordan and so I think that I'm one of the very few people who escaped war by going to the Middle East, not from it. It was great three years there, then three years in Switzerland. Things were starting to get better and better, if you will.

I remember being in Jordan, in Amman, in American community school there. It was hilarious, because my first day, I said I don't care to one of my friends. He said, well, you can't say that, you get a detention for saying I don't care. I was like, are you serious? Where I come from, eighth graders have guns. That was my childhood.

And then I went to school in Canada, University of British Columbia. If I don't have a lot of time to explain to people where I'm from, I just say I'm from BC. Then I went to University of Texas. That's where I was doing my PhD, and got a job at Stratfor in 2007, and then ended up at BCA Research in 2011.

MIKE GREEN: Stratfor is known for their geopolitical analysis. One of the things that you brought to BCA was a viewpoint, and this is where I first started reading your stuff-- was a viewpoint on constraints and that the world is governed by this idea of what can't people do? You talk a little bit about your theories on how constraints matter and why they matter and why that's what you follow.

MARKO PAPIC: First of all, I believe that in order to add value, to people who don't speak your language, you have to show up with a framework. When I was hired by BCA Research, the premise was that I was going to be able to help investors with political and geopolitical analysis. How do you do that? Well, you have to give them a framework with which to think. I don't think this is anything groundbreaking. I think a lot of investors share this framework, whether they know it or not, but a constraint based framework is really useful because it allows you to focus on the material reality that constraints policymakers.

You don't just throw up your hands and say, like, I can't predict what policymakers want. Because that's true, you can't. You can't get inside their head, but you can forecast, what are the material constraints that are going to force them to do stuff that they don't want to do, necessarily. What I always say is that constraints are not optional, and they're not subject to preferences. But preferences are optional, and they're subject to constraints.

What do you want to focus on? Something that's optional, and subject to something else, or constraints, the material reality, not the ephemeral preferences? The basis of this framework is basically that Niccol? Machiavelli was wrong, that no matter how much virtue the prince has, he or she will never be able to survive the vagaries of Fortuna. Focus on Fortuna, focus on the material reality.

MIKE GREEN: When you say a constraint, most people tend to think about that meeting something like, well, you can't do that. Yet we say that often in finance, we talked about a debt to EBITDA level, or we talked about evaluation level, we'd say that can't possibly happen, that can't make sense. But a lot of things have happened that people say can't, so how do you avoid identifying false constraints, i.e. interest rates can't go below zero?

MARKO PAPIC: I think in politics, that's also the case as well, but I think what you always have to gauge is constraints versus the power that policymakers have to overcome their constraints. You have to really think about. You have to know a lot empirically about the world. That's the part where giving this framework to someone is one thing, but actually, having them use it properly is difficult. It's like taking a lesson from a tennis coach. He can show you how to hit the backhand real well, but you may not be able to do it.

That would all have been wrong, because if you actually looked at the reality, you would have known that Congress has passed-- now we all know this, several pieces of legislation since 1971 to basically reverse engineer presidential authority when it comes to tariffs so not only do you have to have a framework and a systematic approach to political analysis, you also need to know a lot about politics and geopolitics, you need to focus on the right constraints.

MIKE GREEN: One of the things that I find that people struggle with this framework, and as we've discussed, I have a similar view, is that we're in a dynamic system that has very little information you can extract from it, but if you can know where something can't go, you can actually start to articulate behaviors. One of the things that I find is that people use constraints to articulate their existing bias-- government spending must be constrained, government debt is bad, and people will have to pay higher interest rates for the penalty of engaging in bad things. There's this huge tendency to exert your bias associated with it.

I think one of the things that's interesting about you is-- and I would argue, in part, it's because of a childhood spent in many different places, you're far less willing to say can't. It takes a lot for you to articulate that this can't happen. What do you think's out there right now that can't happen?

MARKO PAPIC: That's a great question. First of all, I agree with you 100%. I think that you have to meditate on your biases. I think that's literally meditate, spend time washing yourself with your biases, and being aware of them. I think it is easier for me to not do that, because I just care less about the things that other people care about. You have to adopt a nihilist attitude. When you walk through the door, and you put yourself in your office and you're doing your job as an investor, you can't care about things too much.

That's the first issue and I think that goes for both the investing and analyzing politics and geopolitics. In terms of what can't happen right now, I think that what cannot happen is you are likely not going to go back to the last 30 years. That's what can't happen, and that can't happen because the structural underpinnings of the last 30 years, which I would characterize at three things-- one, American unipolar moment in terms of preponderance of American power. That's being eroded, not for any reason to blame any administration, not because