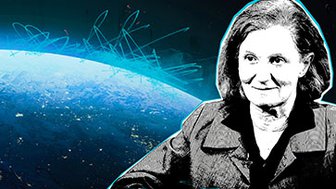 Dr. Irene Finel-Honigman, adjunct professor at Columbia University, is a…

Coronavirus’s Impact on Macro & the Future of Crypto

Coronavirus’s Impact on Macro & the Future of Crypto

How to Allocate Capital in a Firestorm of Uncertainty

How to Allocate Capital in a Firestorm of Uncertainty

Gold, Bitcoin, and the Death of Risk Parity

Gold, Bitcoin, and the Death of Risk Parity

How Coronavirus Exposed the “Shaky Foundation”

How Coronavirus Exposed the “Shaky Foundation”

Coronavirus and the Macro Consequences

Coronavirus and the Macro Consequences

The Next Waves of the Financial Crisis

The Next Waves of the Financial Crisis

When The Everything Bubble Bursts

When The Everything Bubble Bursts

“The Dry Tinder’s Been Lit”

“The Dry Tinder’s Been Lit”

Deutsche Bank: On the Brink of Disaster

Deutsche Bank: On the Brink of Disaster

On the Ground in a Crisis

On the Ground in a Crisis

The Dangers of Following The Herd

The Dangers of Following The Herd

Modern Monetary Theory has become a hot topic of discussion. But is it well understood? In this interview with Real Vision’s Ed Harrison, Warren Mosler, the founder of MMT, describes exactly what Modern Monetary Theory is, and how the framework can be utilized. Particularly interesting is Mosler’s ambivalence about the political furor enveloping MMT. He sees the economic framework as more descriptive of monetary operations than prescriptive of policy. Mosler also outlines why MMT’s operational bent made it attractive to finance professionals long before it became a politically-charged debate among academic economists and politicians. Filmed on May 29, 2019 in New York.

WARREN MOSLER: I've described myself as a long time insider of monetary operations.

I was isolated at the time with that opinion, it was entire trading desk. I'd been there a year, everybody else dismissed it. Just a basic understanding of the logic behind the currency was something I was interested in very early.

The cause of unemployment by design is taxation, for the further purpose of the government provisioning itself.

Warren Mosler, it's very good to have you here at our studios in Real Vision, been trying to talk to you about MMT for a very long time, I think we're going to end up calling you the godfather of MMT for this particular video. And I wanted to start with, because MMT is a really hot topic now. And you were the progenitor of MMT? Are you very excited about the fact that it's been getting a lot of press? Or do you think that it's been misrepresented in the press, and that's giving you a difficult time?

WARREN MOSLER: Yeah. Well, I'm very pleased that it's gotten there at all. And yes, it gets misrepresented around the edges. And that's always going to happen, I can imagine Marx and Keynes feel much the same way about what's happened to it. But they've said and that's the way things are, that's the way the world works. But we've got a lot of good MMT proponents, they're called, people like Stephanie Kelton, Randy Ray, and Bill Mitchell, Carson or probably somebody else I should be naming but who've been with me for over 25 years, trying to get the word out, doing the research, writing the papers, and they're out there doing the best they can to keep the message on message and just very pleased with the way it's been going.

ED HARRISON: I was telling you before that I wanted to go full circle to where you were before MMT got about because my understanding is