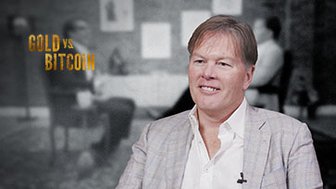 Dan Morehead sits down with Dan Tapiero for a comprehensive…

Keith McCullough, CEO of Hedgeye Risk Management, shares his macro perspective with Real Vision founder and CEO Raoul Pal in this wide-ranging discussion on investing in a perplexing market environment. They try to make sense of a buoyant stock market that seemingly contradicts the ominous economic indicators that ought to be curbing the market's growth. Keith explains his bearish outlook on China, while Raoul contends that widening credit spreads in the U.S. indicate that a market correction could be in order. You don't want to miss this interview. Filmed on November 12, 2019 in New York.

RAOUL PAL: Keith, what the fuck's going on?

KEITH MCCULLOUGH: Let me tell you. It's easy.

RAOUL PAL: There is so much going on.

KEITH MCCULLOUGH: My political lens is always explicitly affected by my quad outlook. We're right on the screws. I'm not a believer that any politician central planner or otherwise can part the heavens and give us a new path underneath the seas of economic gravity.

Our framework doesn't really solve for rainbows and puppy dogs, certainly doesn't solve for a man in a tower tweeting or men from anywhere for that matter, tweeting.

RAOUL PAL: Hi, I'm Raoul Pal. Today, I'm going to sit down with Keith McCullough of Hedgeye and really, I've got Keith here for one particular thing because I want to ask him one pointed question. Keith, What the fuck's going on?

KEITH MCCULLOUGH: Let me tell you, it's easy.

RAOUL PAL: There is so much going on. I know that the market narrative is shifting, I see you guys are shifting around with which quantum and things are moving. I think people are struggling to make sense of it because they look at asset prices and equity markets, they see all-time highs, they're saying, well, everything's perfect. It is becoming a complicated situation, which is precisely why you're in business to do what you do and why you've got a framework. Talk us through a bit of how you see things and maybe we'll just kick it around from there and see where we get to.

KEITH MCCULLOUGH: Yeah, for the last year, I think that it was a relatively easy environment to understand. You had basically both growth and inflation slowing at the same time. Everyone agreed to agree at the all-time lows and bond yields and I think it's pretty clear that growth was slowing in China, EM, Europe. Then of course, the US joined that. As we went through that path, you've had this Trump thing, like the tweets and the Trump and the deal and the non-deal and extended, it's so hard to keep track of it.

You have so many people that have now entered the game, so to speak, saying well, as long as we have a resolution to that, then it could all be rainbows and puppy dogs. Our framework doesn't really solve for rainbows and puppy dogs, certainly doesn't solve for a man in a tower tweeting or men from anywhere for that matter, tweeting. What it does is it solves for these four quadrants. What we have, the only change we've made is that we're going to see a return of inflation, or the rate of change of inflation accelerating, and really only for six months.

If you think it's confusing now, wait till we get six months from now and we start to make the turn again back into what we call Quad 4. Q2 of next year is where we have the US economy finally slowing towards the slowest point. You can go Quad 3, Quad 3, Quad 4 for the next nine months. Quad 3 is economic stagflation, which always is a precursor for the end of the economic cycle which is Quad 4 which is when you have both growth and inflation slowing in at the same time and we're going to be right on the screws ahead of the US election. It's going to be pretty intense.

RAOUL PAL: With markets looking forward, so they started sniffing some of this out whether it's from the tweets or other things, during the what you would refer to as Quad 4, are we likely to see the markets looking towards the end of the Quad 3 phase earlier, let's say in Q1 as opposed to Q2?

KEITH MCCULLOUGH: Well, the markets been very good at sniffing out every single move and front running the Fed, I might add, on every single move. Anytime the market saw a Quad 4 most intensely in the fourth quarter of 2018, and again in Q3 of 2019, the market was very quick to cut interest rates for the Fed. Don't forget that the yield curve steepened because the market basically said, if you don't cut rates at the next meeting, we're going to have another little meeting with you.

I think that that's the interesting part, is that all of that fully loaded cowbell from the Fed, fully priced in Fed cuts into the most recent meeting, and the idea that we could see demand change and rate of change terms. Like give me another 10 cents for the next person that tells me the ISM has bottled. With 100% of those 10 cents coming from people that never called it topping to begin with are 100% sure this is it. It's a very dynamic point but we're going to get inflation accelerating anyway because the base effect of what happened last year, which was highly deflationary is an easy comparison.

That's going to happen anyway. I think people are confusing that demand can accelerate at the same time that inflation could go up. It's quite the opposite actually, economic stagflation is when your cost of living goes up, and your real consumption slows.

RAOUL PAL: I think that's the key point. This year on year effect from this point last year is enormous now. It's going to skew everything and you're going to have, as you said, some very hot looking prints and a number of things. Then as soon as you start getting into January, because the markets all completely rebounded, you're going to see it completely unwound almost immediately. It's going to be a fascinating period.

KEITH MCCULLOUGH: Yeah, the weakest thing is China. When I look at copper, I see China. When I look at the Shanghai Composite Index or Shenzhen and for that matter, I see copper. They're all the same thing. They are not the US formal. They're very different things but under the same assumptions, people are expecting Chinese acceleration and demand. Meanwhile, the Chinese themselves, the locals won't buy it.

It's an amazing thing to watch now. At the same time, you can see I see big divergences in the softs, or on egg, on long cattle for God's sakes, Raoul, this is getting out there. I'm long cocoa, actually, to make it even worse, because we're actually seeing some of the supply shortages that we did see with commodities being so oversold with the dollar at a 20-year trade weighted high. That's actually just a simple pivot to reflate from anyway. It's not one that I think is going to be sustainable and I don't particularly care selfishly, I just want to make money trading the pivot, but in no way shape or form do I think that this is the signal broadly and macro to your point that we're going to see a Chinese acceleration in demand.

That's the easily the ugliest thing that we've seen in rate of change data this week, which is the October Chinese data. You're either staring at Macro Tourist and somebody's unfortunately getting shot in Hong Kong and thinking markets are trading on that or you actually paid attention to the rate of change data, which was a new high in inflation in China, a new low in the producer price index at the same time and a 15-year low in loans in year over year demand. It's quite alarming to see an economy of that size, and of that order of magnitude in terms of expectations, slowing against easing comparisons, that is as damning as it gets for an economy and that's what's happening in China right now.

RAOUL PAL: I think one of