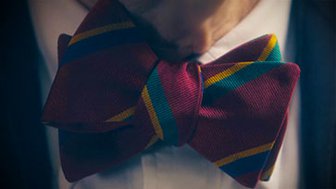 Joel Greenblatt, managing principal and co-chief investment officer at Gotham Asset Management, sits down with the iconic Jim Grant of Grant's Interest Rate Observer to talk value investing, the efficient market hypothesis, human psychology, negative interest rates, and education in the modern age. Greenblatt breaks down the simple strategy that led to his tremendous success and explains how it can be applied in today's high-tech, complicated markets. Filmed on November 6, 2019 in New York.

JIM GRANT: I'm Jim Grant. I'm the editor of Grant's Interest Rate Observer and what I do for a living is write. I will interview famous people but who are famous perhaps for reasons that the public is not fully aware of. I hope to elicit from them new thoughts, frank admissions of things that they had not previously admitted to, and I want to get them to laugh once or twice.

Well, hello, Real Vision. I am Jim Grant. With me today is Joel Greenblatt who is all of the following things. He is the last guy who hit 400, figuratively speaking, at finance a compounded money between 1985 and 2006 at the rate, mind you, at the annual rate of four-zero percent. That is not a typo. Joel is the author of many books, wonderful I have one which I have right here. I'll get into this in a moment.

He's a benefactor of public education in the city of New York. He's a teacher. He's all those things. With regard, Joel, to your investing, acumen and career, I want to ask you concerning the four mention record, astonishing record, which by the way, if you were a racehorse, they give you a blood test concerning about this record, why did you stop?

JOEL GREENBLATT: Well, I haven't stopped investing. The way you get to high compounded returns, a couple of ways. One is to be very concentrated, meaning just have a few of your favorite things. The other is to stay small. By mean concentrated, I mean six to eight names were traditionally 80 plus percent of our portfolio. I have a partner, Rob Goldstone, who joined me 1989 so he's a big part of that record as well.

The problem with owning six to eight names, at least for outside investors usually is that every two years or so, you wake up and lose 20% or 30% of your net worth in a matter of a few days. If you know what you own, now, sometimes that's because you made a mistake. Sometimes that's because the market doesn't like what you think, for a period of time, but it happens like clockwork. That's very uncomfortable for many investors to live through.

JIM GRANT: That is a serious problem as many aspire to it. Well, so you have gone from a life as a hedge fund guy. In fact, Joel, now that I think of it, you are rather an old school fellow because you made your record in the world of hedge funds, which is a world that's now shrinking properly so many say, and you have come up through the ranks as a value investor, value now having fallen on difficult times and furthermore, you teach value investing and special situations investing in the MBA program at Columbia. MBA is now thought to be a vestigial degree, no sense getting one. Do you ever wake up in the morning and wonder why you're not with it?

JOEL GREENBLATT: Well, one answer, it's good I'm old. The other is really I can only do what I know how to do, but it really comes down to investing. I try to simplify it so I can understand it and stocks in particular, ownership shares of businesses. If I'm good at valuing businesses, that's what I do. Then when they're available at prices at a good discount to what I think they're worth, there's an opportunity.

People are people. That doesn't change so they're quite emotional at times and there'll always be opportunities for people who know how to value businesses. Even in the private market, we just saw what happened to WeWork, those are very smart people giving billions of dollars at a very high valuations and sometimes it doesn't work out so people are emotional.

JIM GRANT: Now, this speaks, WeWork speaks it seems to me to the strict form of the efficient markets hypothesis which holds basically that information well distributed is in the marketplace before you know it and this market absorbs it efficiently, of course, and diffuses it and prices accordingly and you can add nothing to the soup, because it comes premade. It's like a can of Campbell's. Yet in the case of WeWork, one day, it was valued they say at $48 billion, the next 15 minutes later, not 48 actually, eight. Are markets efficient?

JOEL GREENBLATT: That is a great question. I wouldn't probably be sitting here if I thought so. I actually learned that theory when I was in business school way back in the '70s. I had very learned professors trying to be convincing about that, but all I had to do was look in the newspaper and they used to have 52-week high and low lists. At one point during the year, a stock is worth $50 a share. Six months later, it was supposedly worth 100. Both prices were efficient, and nothing generally happened in the business.

What they were teaching me, didn't seem to make a lot of sense to me and so I think my whole career has been a rebellion against what I learned in the business school that stocks are efficient. I would say they're often efficient. I would say it's tough to know enough about a lot of businesses to outsmart the market. On the other hand, stocks are ownership shares of businesses. If you pick the ones that you're pretty good at valuing and our discipline swing it, as Buffett would say, you don't have to swing at every pitch, swing at one of 20 pitches, so you won at 50 pitches doesn't really matter and wait for your pitch.

There are always going to be opportunities because people don't change, people are very emotional and the math of it is pretty straightforward. The value of businesses, the discounted value of all the cash you're going to get over a period of time. You basically have to make two assumptions. One is, whatever earnings there are today or lack of earnings doesn't matter. You're trying to project what those earnings are going to be over the next 20 or 30 years, what the cash flow from that business will be over the next 20 to 30 years. You have to project a growth rate.

Then you have to use a discount rate that is appropriate to discount how much risk you're taking to your guests. If you make slight changes in those numbers, you discount at 6%, set it 8% or it grows at 4% instead of 3%, the value of a business could double or half depending on just very small changes in those assumptions. When people are optimistic, they tend to make optimistic assumptions and when they're pessimistic, they tend to make pessimistic assumptions and stocks could be all over the place. It doesn't make sense to me that over the long term, the market will always be right.

JIM GRANT: Markets are just as efficient and just as dispassionate as the people who operate in them.

JOEL GREENBLATT: Yes. I guess what you're saying is they're not particularly efficient. I get this question from my MBA students. I've gotten the same question at one point during the semester, every year sometime towards the end of semester for the last seven or eight years. Question goes some something like this. We know active managers haven't won over a long period of time. We know that if you buy an index fund, you can do quite well. Congratulations, Professor Greenblatt, on a great career, but isn't the party over for us?

JIM GRANT: It can be that young?

You believe what Ben Graham said that look, this horizontal line is fair value, this wavy line around fair value are stock prices, and if you have a disciplined strategy to buy more than your fair share companies when they're below the line, and if you're so inclined to sell or sell short more than your fair share when they're above the line, the market's throwing us pitches all the time. Of course, there are agency problems, there are behavioral problems, there are reasons why people really can't execute this, but it's not because we're not getting enough pitches.

JOEL GREENBLATT: Well, if the market's down 14, you're down 32, I would just say you're not the happiest guy in the world so you might not be able to avoid that. That might be a good performance but there is a difference. When prices are high, beating the market, buying the cheapest stocks might not be good enough.

Right now, we take a look at bottoms up something called the Russell 2000, which is stock number 1001 in market cap through 3000, so small cap stocks. If we value those stocks, just with some common metrics on valuation over the last 30 years, right now, we're in the first percentile for that index versus those last 30 years, meaning the Russell 2000 have been cheaper 99% of the time over the last 30 years and more expensive 1% of the time, and it's not a projection but we can go back in time and see what's happened from the first percentile.

JOEL GREENBLATT: Not good. No, you're right on that markets, but not terrible. Market's been down an average of 3% to 5% from here over the next year. The S&P 500 is actually a little cheaper, it's in the 14th percentile. Been cheaper 86% of the time, more expensive 14% of the time and that in the past, from the 14th percentile, it's been up 3% to 5%.

JIM GRANT: This is an equity centered view of the world. Of course, that's what you do for a living. In the world of bonds, there has been nothing like this in 3000 years or so of recorded interest rate history, I'm talking about the phenomenon in Japan and parts of Europe of negative nominal interest rates, meaning that the borrower gets paid for the privilege of taking your money. Now, that is something new under the sun. In finance mainly, nothing is new under the sun that's new. How do you factor this new thing of zero percent yields or less into your valuation of equities?

JOEL GREENBLATT: That is a great question that I don't have an answer to. Luckily, my job is to look at all the choices if I'm looking at US equities. What we generally do is rank them in order according to our assessment of cheapness, so we buy the cheapest ones, and we tend to short the most expensive ones, so there's always a--

JIM GRANT: The biggest in the world outside to your purview?

JOEL GREENBLATT: Well, what I would say is, in my books, I've suggested that when the risk free rate is below 6%, which has been for quite a while-- pardon me?

JOEL GREENBLATT: Positive six. Yeah, I should point that out. Now, I never thought I