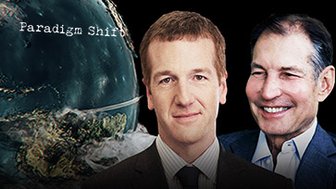 The most important question in the world right now is…

Sam Zell is one of the most original and contrarian thinkers in the investment and business world. Sam was the largest buyer of property in the US between 1973 and 1977, the best time to be buying property since the Great Depression. Kiril met Sam in 1986 when he gave him a copy of a short memo he had written called, "Modern Sardine Management." It predicted one of the greatest commercial real-estate busts in history and a great banking crisis. In the early 1990s many of the commercial real-estate developers went bust and a great banking crisis almost took down a number of major US banks and investment banks. Sam was in there buying during that period. One of his favorite mottos is if everyone is going left look right. Sam disagrees with the consensus that working from home is here to stay and that cities are dying. He also thinks the US could lose its reserve currency status—which could be devastating for the American standard of living. Sam tells us how to prepare for such an eventuality. He also tells us about the business and investment principles that have made him such an enormous success in the past 50 years. Sam believes that nothing is more important than a man's honor. His insatiable curiosity and always analyzing what could go wrong have been the cornerstone of his success. Filmed on December 7, 2020. You can find out more about Sam Zell's work here: https://www.egizell.com/