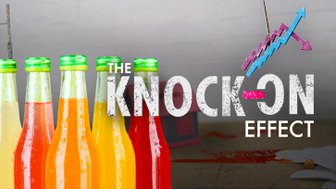 Why will local efforts to curb obesity mean more states…

Why the Honey Bee Collapse Matters

Why the Honey Bee Collapse Matters

Why the Payday Loan Debate Matters

Why the Payday Loan Debate Matters

What do we know about the strange places we’ve been? Justine, Alex and Roger provide updates about the topics covered in the first season of "The Knock-on Effect," discussing the bright-red bugs behind the American aperitivo resurgence, the market potential for spicy hazelnuts, the march toward space privatization and why China’s waste ban is about to get way worse. Filmed on December 11, 2018.