The Wild West of Crypto: Outlaws, Double Agents, and the Dismantling of the Silk Road 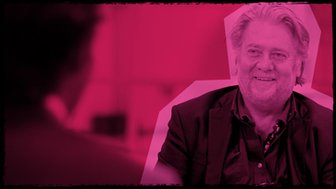 Mark Cuban in Conversation with Kyle Bass – The Maverick Investor

Mark Cuban in Conversation with Kyle Bass – The Maverick Investor

The Wild West of Crypto: Outlaws, Double Agents, and the Dismantling of the Silk Road

Kathryn Haun, general partner at Andreesen Horowitz, sits down with Kyle Bass, founder of Hayman Capital, to discuss her previous career as a U.S. Attorney. She reveals the intricate details of her prosecution of the Silk Road – an online platform where drugs, guns and passports were exchanged for bitcoin in the early days of the cryptocurrency. Haun has seen the light and dark sides of bitcoin, but believes in the technology behind cryptocurrency, and is helping her firm bridge the gap between technologists and regulators. Filmed on May 9, 2019 in San Francisco.

KYLE BASS: What percentage of the transactions that were going on, were done, say, for dark reasons as opposed to for reasons of commerce?

KATHRYN HAUN: Well, in the early days, the number of the percentages were way higher. Because the thing we know about criminals is that they're often the earliest adopters of new technology. And we saw this in the internet.

KYLE BASS: And they love the anonymity of this one. Yeah.

KATHRYN HAUN: They love the anonymity. But it turns out, it's not anonymous. If anything, it's like digital breadcrumbs. This 21,000 bitcoins goes missing overnight. DPR looks into it and says, hey, it's Curtis Green's pins and passwords that have allowed this to all be drained. And actually, I want to have a hit put out on him.

KATHRYN HAUN: Where we live in a world of daily cyber breaches, centralized systems are huge targets and huge honey pots.

KYLE BASS: Well, this one's going to be a fun one, Katie, it's a pleasure to sit down with you in a more formal sense, since we're mostly informal.

KYLE BASS: So, for those of you that don't know Katie, she is one of the partners at Andreessen Horowitz. But more importantly, the former US attorney here in San Francisco who prosecuted the Bitcoin Silk Road case. We're going to talk about a lot of interesting things today. And for the Real Vision crowd, I think talking a lot about crypto digital assets will come more at the end. But let's go back to your law school days. And talk about which Supreme Court Justice you clerked for and why, and then how that brought you into working in the US Attorney's office?

KATHRYN HAUN: Well, it's funny, Kyle. I wasn't actually planning to be a prosecutor, some people think I'm going to go to law school and go be a corporate M&A lawyer or go into international business or go be a public defender. I didn't really know what I wanted to do. But I knew I wanted to go to law school. And that's something that I had always wanted to do even from the early days. And so, I went to Stanford. And there, I really was focused on going to New York City. And so, I signed up, I took the New York bar. And I was planning to go work at Kravets, which is a big Wall Street firm.

And one of the things I realized, though, was that what was really interesting me in law were the human stories and the human element, whether you're talking about things like employment law, or especially criminal law. And ironically, my best grades, were not from the transactional classes, like the corporate law, or the securities and capital markets classes, but from the criminal law, or the constitutional law side of things. So, maybe that was an early sign.

KYLE BASS: It was and clearly it's what drew me to you as we developed our friends over time is this you're one of the coolest ladies that I know. You're one of the few people in San Francisco that can carry a gun. You've prosecuted some of the worst MS13 cases as well as, again, the Bitcoin Silk Road case, which I'd love to get into a little bit next. I know that there are movies being made about this and things like that. But if you would, I think this talk, what people are going to find to be most interesting about our conversation is, is how you came from law enforcement on the criminal side into the investment universe into being a partner at one of the most prestigious venture capital firms in the world.

KATHRYN HAUN: I was fortunate to clerk for Justice Kennedy. And I remember that he asked me in my interview- I'll never forget, he asked me, what do you want to do when you leave here? What's your five-year or 10-year career plan? And I told him, I want to go be a prosecutor. And I knew by that point that I really felt strongly that I wanted to be involved in the criminal justice system in some way. And that was quite a shift from the early days of when I thought I was going to be a corporate lawyer in New York City.

And I went to work for a big law firm in Washington, DC. And I told the partner very candidly, my goal here, the partner who hired me, my goal is to really go into the US Attorney's Office. And fortunately, that was a firm called Sidley Austin, they appreciated the transparency and said that it's a tough nut to crack. But if you can get into that office, good for you. And 10 months later, I found myself there.

And that was out in the Washington DC area, it was in the Eastern District of Virginia called the Rocket Docket. Because the Rocket Docket, so named because of the pace with which cases go through. And we were doing cartel cases there, a lot of the international work that the DEA was doing. So, that's where I cut my teeth as a baby prosecutor, was in this Rocket Docket.

KYLE BASS: And that's when they sent you to San Francisco?

KATHRYN HAUN: I actually chose to move out here, mostly for family reasons. And I had been in DC by that point for eight years. Which was a nice long time.

KYLE BASS: But you got involved in some really interesting cases really quickly. Somewhere gang-related and somewhere, again, then the Bitcoin case came. And that was a big one. So, if you would take us right into the Bitcoin case.

KATHRYN HAUN: Sure. Well, so it was around 2012, late 2012 I think it was, and my boss came into the office. I had been doing murder cases and organized crime and Rico gang murders up until then. Had done a few trials, I did a two-month biker murder case and was felt like I had been there and done that with a lot of violent crime cases. And my boss knew that I really was looking for a change, but I still wanted to stay in the office. And they proposed, why don't you work on this new case that we have in the office? And that's a case against Bitcoin.

Here we were in 2012-2013. And we quickly learned there's no such thing as prosecuting Bitcoin, that would be like prosecuting cash, it's not possible. We also quickly discovered it's not desirable. There were some really good things about this new technology also. Instead, what we did was we focused on- we said, let's- just like we do with cash or wires or any medium of exchange, let's focus on the bad uses of this. And that same thing happened in the early days of tech and in the early days of the internet. It wasn't let's prosecute technology, it was like, let's stand up a computer crimes unit within the Justice Department and go after the nefarious cases using this technology.

KYLE BASS: And in your mind, what percentage of the transactions that were going on in let's just say Bitcoin early on were done, say, for dark reasons, as opposed to for reasons of commerce?

KATHRYN HAUN: In those early days?

KYLE BASS: Yeah. KATHRYN HAUN: Well, in the early days, the number of the percentages were way higher. Because the thing we know about criminals is that they're often the earliest adopters of new technology. And we saw this in the internet.

KYLE BASS: And they love the anonymity of this one. Yeah.

KATHRYN HAUN: They love the anonymity. But it turns out, it's not anonymous, which I'll get into. It's pseudo anonymous, and there's an important distinction there. Because Bitcoin is far from anonymous, if anything, it's like digital breadcrumbs. Speaking as a former investigator and prosecutor, we actually loved cases that involve Bitcoin, way more than cash. And sometimes even more than wires because turns out Bitcoin is highly traceable, which I'll get into, as I tell you a little bit about this story.

KYLE BASS: Great. So, what happened?

KATHRYN HAUN: Sure, well, you're exactly right, Kyle. It was a marketplace. It was an online marketplace, like an eBay, or an Amazon. But more akin to an eBay. So, there were vendors on this marketplace. And Silk Road was an online platform, and you could access it using TOR, which do you know what TOR is?

KATHRYN HAUN: It stands for The Onion Router, okay. And it's basically a way to anonymously browse online.

KYLE BASS: This is the dark web?

KATHRYN HAUN: Well, actually, you access parts of the dark web with TOR. TOR is the browser.

KYLE BASS: Got it.

KATHRYN HAUN: So, think of TOR as the Chrome or Internet Explorer.