Brexit and The Rise of European Populism

Brexit Update: Deal or No Deal?

Brexit Update: Deal or No Deal?

The High-Stakes Intersection of Politics and Finance

The High-Stakes Intersection of Politics and Finance

A Steady Hand in a Changing World

A Steady Hand in a Changing World

The Man Who Saved AIG

The Man Who Saved AIG

A Historical Perpective on Populist Politics

A Historical Perpective on Populist Politics

Brexit and The Rise of European Populism

Nigel Farage, member of European Parliament for South East England, is synonymous with Brexit. He is a former head and founding member of the UK Independence Party. In this interview with Bear Traps Report founder Larry McDonald, Farage outlines why he became a eurosceptic, and why he thinks Britain will eventually leave the EU. He also forecasts a general rise in confrontations in Europe ahead, as national politicians’ interests collide with those of the EU. Filmed on February 22, 2019 in New York. Find more information at https://www.thebeartrapsreport.com. 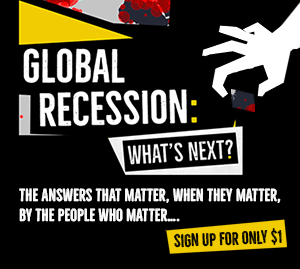