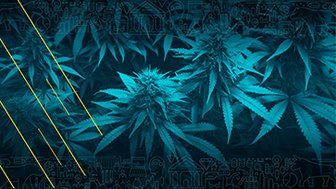 Does cannabis present a generational opportunity for investors? AK takes…

When a hedge fund legend tells you how he's planning to make money, it pays to listen up. And in a recent interview on Real Vision, John Burbank, CEO of Passport Capital, told Alex Gurevich of HonTe Investments that's he's playing the eurodollars market by using options. So what does that actually mean, and how can others can get involved in the trade? AK breaks it down.

AK: It's not every day that you get a hedge fund legend like John Burbank telling you how he's about to make a bunch of money. But that's exactly what he did with Real Vision when he sat down for an hour-long interview where he discussed his highest conviction trade right now. And some of you, after watching that, wanted to know more like, what's the vehicle that he's using to put that trade on? And how you can do the same thing? And also what is a euro/dollar anyway? So we're going to go over all that and more in this week's episode of Real Vision's The One Thing.

What's going on, investors? AK here. Every big trade starts out with the assumption that somebody else is wrong. Because if everybody was right, then the markets would be efficient, and you throw your money into an index fund and just walk away. So what does Burbank think that people are getting wrong? He says that interest rates are going to go way lower than everyone's expecting.

JOHN BURBANK: Them rates market generally is saying most of the rate cuts are going to happen by June, in the next year. But I think the ending rate is way too low. There're not enough people who believe this. Although it's only been the last couple months that the exposure to euro/dollars is positive. There's really no reason to believe in lower rates in a hiking cycle. And it was only until the middle of last year, people are believing higher rates. So this is a huge shift in forward expectations as evidenced by rates markets.

And the question is, is it going to go all the way to zero or not? And if you remember, 2000, or 2007 or 2008, you just don't say, oh, yeah, it's at zero. No, it's like a day by day, month by month valuation process until you get to a bottom and usually, the bottom is way farther than anyone expected.

AK: So basically, Burbank thinks that the Fed will do more cuts and quicker than what people are expecting. And to bet on it, he's using euro/dollar futures. Euro/dollars track the prevailing interest rate on US dollars outside of the US banking system. It's a rate that you might know better as Libor. And while euro/dollars might not be a household name, they're the most widely traded futures contract on the CME. Listen to euro/dollar expert Jeff Snyder talk about it.

JEFF SNYDER: Well, euro/dollar futures pertain to future expectations for where 3-Month Libor will be. Libor is a London interbank offered rate, which applies to claims on dollars that will be on some bank account balance sheet at some point in the future. So the price of a euro dollar future tells us what the market expects 3-Month Libor to be at that point in the future.

And so, it tells us a little bit something about how the market perceives not just current conditions, but what the Federal Reserve thinks about current conditions. Because remember, monetary policy, especially at the very short end, has a very large effect on to where short money rates are going to be in the future. So it's a combination of very key factors that tells us a lot about current perceptions of the intermediate and even the longer term future.

JOHN BURBANK: What I like about betting with the euro/dollars and betting on Fed Futures is that we're betting on where the actual policy rate is going to settle. It's really it's like betting on the earnings, like nailing the earnings of an equity, but not having to worry about the multiple.

AK: And in this case, Burbank says that the Fed could get spooked and drive interest rates down to zero very fast.

JOHN BURBANK: I think they're going to go to zero pretty fast. In fact, that would be the choice. They'd get there as fast as possible and then discuss, negative rates or some other rate targeting or whatever. So, it's one of those things like they either do have to do this stuff, or they don't. And if they do, I think they'd go to zero, which case the betting on zero scenario, you can make real serious returns. And obviously, the sooner it happens, the better.

AK: Okay, so let's say you agree with Burbank, how do you actually put on the trade? While the trade might look complicated, it's actually pretty simple. Euro/dollar futures are priced at 100 minus the implied interest rate for the expiration date, December 2020, futures are currently around 98.40. That means that the market expects the 3-Month Libor to be 1.6% when the future is set. You can buy the futures outright meaning you expect the price to rise and the forward interest rate default.

Or if you want to hedge your risk and increase your returns even more, you could buy calls on these futures, which is what Burbank talks about. Remember, a call gives you the right to buy an underlying asset in a certain time period. So in this case, you can buy the 99 strike calls on the 2020 December futures. These will start to make money once the futures rise above 99, or in other words, when the expected interest rate falls below 1%.

But because you paid for that option, the price of the futures have to rise above that strike price by more than what you paid for you to make a profit. And where it gets interesting is when you think about position sizing because these aren't going to be a normal part of your portfolio. So you can't use standard asset allocation. In this case, Burbank says you want to go big.

JOHN BURBANK: And then the question is, well, how levered up are you? How confident is that? Usually, they were talking about like getting a 20% or 30% return in a really good scenario. And I'm talking about getting a 10 X return in a scenario. And so in a way, I'm like bringing like a risk seeking mindset to this trade for a lot of people who aren't used to having this maybe optionality or aren't seeking this kind of risk. I now can understand why Druckenmiller could have made so much money in these times, a risk seeking mentality in an incredibly liquid leveragable area. I get it, I get that now.

AK: With the potential for such massive returns, it's no wonder that this is his highest conviction trade. But remember, these are all just ideas. This is not financial advice. Options, and especially, options on futures are not for everybody. If you want to follow John into this trade, then make sure you do your own research first. That way you know what you're getting into. And a great place to start your research is with all our interviews with John Burbank and you could watch them on Real Vision. I'll see you next week.