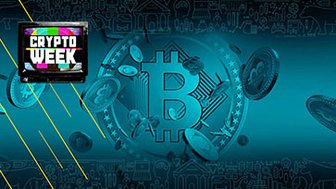 AK highlights some of the recent learnings from Real Vision's…

The One Thing · Featuring Benn Eifert and Michael Green

This week we break down one of the major points from Mike Green's interview with Benn Eifert, published as "When the Volatility Markets Changed." AK explains what a call overwriting strategy is, why its use is significant, and what its popularity might mean for the overall market.

AK: June was pretty busy at Real Vision. On top of two weeks of crypto coverage, every Tuesday we released a volatility related piece. A lot of you watched Mike Green interview a bunch of different vol experts. And as you've seen, the vol markets can get pretty complicated. One of our subscribers, Peter J, recently commented that he was watching the Benn Eifert interview and he said he understood about 40% of what they were talking about. And he recommended that someone at Real Vision break down this video into simple terms so everyone can understand. Well, that someone is me.

So today, we're going to break down last Tuesday's piece When Volatility Markets Change. It's all going to go down on this week's episode of Real Vision's The One Thing.

What's going on, investors? AK here. Finance is a really esoteric industry and volatility exemplifies that. So, it's a good thing we got Green and Eifert to help us understand what's going on. So today, we're going to figure out what a call overwriting strategy is, who employs them, and exactly, what do they mean for the market? Been Eifert has a PhD in Economics and is the CIO at QVR Advisors. He sits down with Mike Green to discuss the idea behind the call overwriting strategy.

BENN EIFERT: So, take a pension fund that has 100 billion dollars of equity assets. And they implement a 20% overwrite. So, they sell 20% of that notional in one month, call it up the money call options, just to be simple. So, they're selling some equity exposure when they do that, because they're selling some call options there at the money. So, call it 50 delta. So, when they implement that overwrite program, they take their equity exposure from 100 billion to 90 billion on day one when they do that trade.

MIKE GREEN: So, just very quickly, just to make sure that comes through clearly. Effectively, what you're saying is I own $1,000 worth of stock, I write calls against $200 worth of it. I write those calls and then at the money so that if the market goes up, I don't benefit from the participation of that $200 worth of stock. But if the market goes down, I actually start to increase my exposure, I'm now back to owning all of the stock that I actually owned, even though it's just worth less.

MIKE GREEN: And the goal in doing that is quite noble. I want to own more at lower prices, and I want to own less at higher prices. So, that doesn't sound like a terrible idea.

BENN EIFERT: That's right. And on the face of it, it's not an unreasonable thing.

AK: To what he's saying is that these pension funds are constantly searching for yield. And these vol selling strategies are an easy way to squeeze out a few more percentage points. Now, Eifert explains that this isn't a bad strategy on the individual level, but when everyone is doing it, it can cause some real distortions in the market.

MIKE GREEN: The example I always give is, first of all, put selling or vol selling strategies are functionally like selling insurance. And so, I always give the example of a beachfront real estate, and the existence of the ability to buy an insurance policy on that. So, the federal government subsidizes flood insurance and catastrophic insurance for beachfront properties, which in turn encourages everybody to build beachfront properties. You can obtain inexpensive insurance associated with it. If you double the price of insurance, or you make it unobtainable, one of the things that immediately emerges is people can no longer buy on leverage.

So, I can't take out a mortgage to buy a property if I can't get insurance on that property. And so, that has a catastrophic impact on prices because suddenly, people can no longer finance their purchases. That's my biggest concern if this doesn't continue to grow, or if people suddenly start raising the risk premium required as they recognize that this is not working in the manner that they had been led to believe, that suddenly, there is a need to reprice the underlying assets because you can no longer obtain the leverage that you could have when you could have bought insurance.

AK: Everyone selling calls makes it more attractive to buy stocks, which keeps fueling the bull market. This causes option prices to be too low and stock prices to be too high. And when prices get distorted like this, markets can get dangerous.

MIKE GREEN: Paradoxically, the crowding into the strategies has, I would argue, enhanced the returns to this point. So, people's expectations are inflated even versus what they would be in absolute terms. And certainly, relative to the levels of these volatility selling strategies are occurring today. If you reverse those flows, or simply stop replacing them- and that's one of the things that I think is so fascinating about this dynamic, is that you've now created a market structure that, by and large, is contingent. The behavior of the market, as we see it today, is contingent on the existence of these flows and possibly, the increased quantity of these flows.

AK: You can really make the case that a lot of the stock market's gains have been predicated on this volatility selling. That means when the music stops, there won't be nearly enough chairs for everyone to sit in. Everyone's going to end up sitting in Warren Buffett's lab, which could get pretty awkward. So, what?s this mean going forward?

BENN EIFERT: We tend to take as a starting point the notion that if there are large non-economic flows in the marketplace, or flows that are driven by some basic objective that the end user of options and derivatives has, but that isn't one that's guided by a nuanced view on the right price for exactly what option or volatility that you're probably supposed to be on the other side of that.

AK: So, people are selling options for their own reasons. And these reasons have nothing to do with what the option should actually be priced at, then there's an opportunity for investors who do care. Taking advantage though, is really complicated. So, on Adult Swim stuff. But if they're right, and the options market and stock market are being fueled by these strategies, then we can have a serious problem on our hands. People have a hard time noticing these structural changes because they're gradual. It's like boiling a frog. If you do it slowly, he's not going to notice until it's too late. I don't know. At least that's what they say. Personally, if I'm that frog, I'm going to jump out right away and get my landlord a piece of my mind.

But if you think about the broader picture here, low rates are driving people into all kinds of different strategies, including this call overwrite. It makes sense that this call selling is affecting the market just like insurance prices boost the value of beachfront properties. So, if you want to better understand the volatility markets and avoid being boiled alive, like a frog in a Palm Beach McMansion, then make sure you subscribe to Real Vision. I'll talk to you next week.