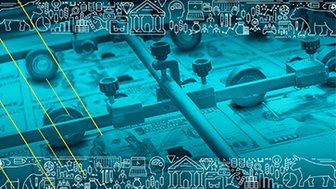 Whether you have been listening to economists, politicians or pundits,…

It’s All the Rage

Will the growth of clean energy and electric cars present compelling opportunities for investors? Instead of investing in controversial stocks like Tesla, experts on Real Vision are highlighting ancillary businesses, commodities, and suppliers of the companies leading the clean energy charge.

AK: One area is a market that looks like it's about to explode and that we've heard a lot about our Real Vision lately is clean energy. This week, we break down the crucial points that investors need to be aware of. And it's all going down on Real Vision's "The One Thing."

What's going on, investors? AK here. Clean energy is not just a political discussion anymore. There are billions of dollars flowing into clean energy all around the world. Of course everyone's talking about Tesla nonstop. But in general, there is a lot of momentum in the electric vehicle space. Just listen to these numbers. German automakers are going to invest over EUR 40 billion into electric vehicles over the next 3 years. In 2018, sales of electric vehicles in the US came out to over 360,000. That's up over 81% since 2017. And electric vehicle ownership is going to balloon to 125 million by 2030. That's some serious growth.

So of course, we want to know how to make some money off of it, and how to avoid any fraud. So Rick Bensignor, the founder of Bensignor Group, came on Real Vision recently. And right after he pitched a short oil thesis, he laid out the case for clean energy's upside.

RICK BENSIGNOR: You want to be shifting and thinking about getting into the clean energy side. Because that's where the capital outlays were going to come from in the future. The oil companies are not putting more money into fossil-fuel-type infrastructure. It's all going to go towards renewables and the clean energy side. So I do want to essentially be long some forms of clean energy versus fossil.

AK: Rick later explained why he prefers to be long platinum rather than palladium going forward.

RICK BENSIGNOR: The thing is, both of these metals can be used for catalytic converters. Palladium is a derivative of platinum. Most car companies are kind of-- they'll interchange whichever metal ultimately becomes cheaper, easier-- and now, they have to do some retooling, so it's not a quick overnight thing. But because platinum is trading $860, $870, and palladium is trading at $1,550 or $1,560 right now. It has become the most precious of precious metals, which nobody would ever think could occur. Platinum was always the king of precious metals. There is such a price differential now. And it wouldn't surprise me if we start seeing car companies kind of going to platinum and saying, you know what, enough of palladium. It worked well for a long time, but now the price is too high.

AK: Platinum is important because it's a crucial component in the creation of catalytic converters. And catalytic converters are used in vehicles to moderate the dangerous qualities of exhaust. And for those of you not comfortable in the futures market, there's actually an ETF for platinum that you can use. The ticker symbol is PPLT. Since 2010, that ETF is down 45%, versus SPY, which is up 159%. So could it now be a value trade?

You may have also heard about lithium on Real Vision. Well, Larry McDonald had this to say about the opportunities he sees in the electric car shift.

LARRY MCDONALD: Albemarle, the big producers-- in Latin America, there's this like triangle of countries, of regions that really, where most of that lithium is coming from. But Albemarle is really in an anchor tenant position. This is the ETF, which is the LT ETF, which is a lithium ETF. There's cobalt companies, there's BYD, the electric vehicle company.

AK: Listen to Howard Klein, an expert on energy and minerals also discuss the opportunity in this shift.

HOWARD KLEIN: Yeah, we're going to talk about the lithium industry. I have been involved advising companies in the natural resource space for about 17 years. And this included, you know, copper, gold, iron ore, even coal over the years. But about nine years ago, when the Nissan Leaf and the Chevy Volt, you know, what I call that the first round of EVs kind of came-- or hybrids came, I got involved in helping companies that are developing new mines in lithium.

It was a bit of a false start in 2010 period, but Tesla and Elon Musk, with the Gigafactory and the success of Model S, and the Model X, and now the Model 3, and the transformation in China and Europe toward bringing many, many more electric vehicles to market over the course of the next number of years has led to a massive demand shock to a very small industry, which is lithium. Lithium used to be controlled by three companies-- Albemarle, SQM, and FMC. But it was only about a $1 billion revenue market, 200,000 tons a year. That now is forecasted to grow to about a million tons a year by 2025, as a result of both electric cars, but also energy storage for utilities.

AK: It's clear that the clean energy movement is still in its early innings. And now, with a pullback in lithium and platinum, it might be the time to get in. If you want help tracking this shift to clean energy closer, make sure you subscribe to Real Vision. I'll talk to you next week.