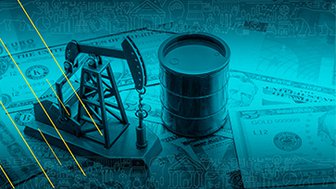 Oil is one of the most important commodities to the…

This week’s episode of "The One Thing" is the first in a series of three that breaks down perhaps the most important interview in Real Vision history: Kiril Sokoloff's nearly 90-minute interview with Stanley F. Druckenmiller. In part one, AK begins by looking at which aspects of Druckenmiller's life and philosophy set him apart from his peers and contributed to making him one of the greatest investors of all time.

AK: Whether you've been with Real Vision for a while or you just signed up, you probably did so because of an interview with the Titan of the finance industry. What got me hooked on Real Vision was the interview with Stanley Druckenmiller. So, today, we're going to go back and look at some priceless wisdom from the Michael Jordan of investing, the Druck himself. And it's all going down on this week's episode of Real Vision's The One Thing.

What's going on, investors? AK here. The first thing that stood out to me about Druckenmiller is how he openly acknowledges his own biases. Most experts that come on TV are just one-dimension, they're either perma bulls or perma bears with no self-awareness and no self-examination.

In an exclusive Real Vision interview, Druckenmiller reflects openly on his career, noting how self-awareness allowed him to identify his biases leading to a pivot in his strategy.

STAN DRUCKENMILLER: Since free money was instituted, I have really struggled. I haven't had any down years since I started a family office. But thank you for quoting the 30-year record, I don't even know how I did that when I look back. And I look at today, but I probably made about 70% of my money during that time in currencies and bonds. And that's been pretty much squished and become a very challenging area, both of them as a profit center. So, while I started in equities, and that was my bread and butter, my first three or four years in the business, I evolved in other areas. And it's a little bit of Back to the Future, the last eight or nine years where I've had to refocus on the equity market.

And I also have bear-itis because I made my highest absolute returns for all in bear markets. I think my average turn to bear markets was well over 50%. So, I've had a bearish bias. And I've been way too cautious the last say five or six years, and this year is no exception.

AK: Stan has perhaps the best 30-year track record in the investment industry. He's compounded over 30% returns, and he's never had a down year. In over 120 quarters of management, he's only lost money in five. Even with all that, Druck still remains open about his own struggle. Listen to this nugget of brutal self-critique that he shares about his recent performance.

STAN DRUCKENMILLER: The most trouble I've been about my future as a money manager maybe ever is what you mentioned, the canceling of price signals. But it's not just the central banks. If it was just the central banks, I could deal with that. But one of my strengths over the years was having deep respect for the markets and using the markets to predict the economy, and particularly using internal groups within the market to make predictions. And I think I was always open-minded enough and had enough humility that if those signals challenge my opinion, I went back to the drawing board and made sure things were changing.

These algos have taken all the rhythm out of the market and have become extremely confusing to me. And when you take away price action versus news from someone who's used price action and news as their major disciplinary tool for 35 years, it's tough and it's become very tough.

AK: How many of us or how many of these pundits can be so humble when we have the right to be the exact opposite? That type of humility is rare. There are very few people especially public personalities that are willing to check their ego like that, especially in front of a camera. So, is that the secret sauce for self-actualization? Does it all come down to brutal self-examination? Druckenmiller holds himself to such an honest standard?

Now, we all know psychology is crucial to investment management, right? Real Vision has a whole show on psychology called the Mental Game of Trading, which you should definitely check out if you haven't. But mastering one's own mind is a skill that very few are able to develop. Abraham Maslow created the hierarchy of needs and at the top of that pyramid is self-actualization. Maslow defines it as morality, creativity, spontaneity, problem solving, a lack of prejudice and acceptance of facts. And doesn't Druck shine is an example of exactly that?

To be successful in the stock market, you need self- mastery. All those technical indicators and balance sheet reading are not going to get you what you want unless you master your own mind. What does Druckenmiller point to as one of the integral points of his process? It's balance. Listen to Stan's comments on the balance his wife has brought in.

STAN DRUCKENMILLER: A balanced life is a key. And in my case, Fiona and I are both very private people. So, we don't really go out on the social scene in New York at all. We might go to three events a year, whereas I think most of my peers might go to three a week. And that frees up a lot of time. I had the benefit of a very highly intelligent, creative wife, who's now had four different careers. She repots herself about every 10 years, who, after my children were born, she gave up everything to raise those children. And she did it in very intense creative ways. She used to have this thing called special time, where each child, one day a week for two or three hours after school could go anywhere in New York in any activity with her because she thought it was important with sibling rivalry to have individual time with age. So, it all starts with her.

AK: And perhaps, your final lesson on humility, how's this for a humble legacy?

STAN DRUCKENMILLER: I'd like to be remembering as not some loud, ostentatious, overly consumptive person in the meantime, but I think I thank God I married Fiona because she wasn't from a lot of money, but she had old money and she taught me to behave in a way I probably wouldn't have from the get-go when I see some of my peers and I'd like to avoid that stamp if it's possible. And now, we have a president who seems to see that culture. So, I guess that would be it, just that made a difference and live at least a life for some humility.

AK: On this show, we talk a lot about process and strategy and new industries and macro, but this episode is unique because we talk about what we really value which we do not see in the media enough. Stan Druckenmiller has taught us that the quality of your character and the ethos that you live your life with, the love that you have for your family and the respect you have for your colleagues, those are all key to being successful not only in markets, but in life.

And if you'd like to get more wisdom from legends like Druck, then make sure you subscribe to Real Vision. I'll talk to you next week.