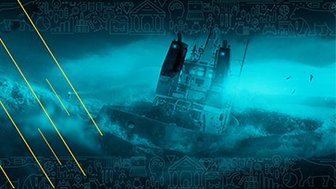 In a market dominated by algorithms and stampeding crowds, how…

Dr. Thomas Kaplan argues that the macro and micro stars are aligning for a golden opportunity in gold over the next five years. Drew breaks down Kaplan’s conversation with Dan Tapiero to dig up a few nuggets of wisdom.

DREW BESSETTE: The macro world is fascinating. It's something near and dear to our hearts here at Real Vision. So we are beyond thrilled to have Tom Kaplan, a legendary gold investor and philanthropist, on Real Vision this week.

And it's perfect timing too because we've been talking a lot about the warning signs popping up in what seems like every corner of the economy-- wacky monetary policy, potential bubbles bursting, and predictions of stock market mayhem in reaction to the 2020 election. I mean, the list goes on and on. So today, we're going to break down a conversation between Dan Tapiero and Tom Kaplan to see where you can find some gold.

DREW BESSETTE: What's going on, investors? Drew here. Today, Real Vision released an interview between Tom Kaplan and Dan Tapiero. Tapiero, who you remember from his recent interviews for Real Vision, talks to Kaplan about everything from philanthropy to conservation to macro and, of course, one of our favorite assets, gold.

Their interview isn't as long as The Irishman, but hey, we don't have Scorsese behind the camera. And despite it being long, it's so worth the full watch.

But before we get into the macro forces at play here, we have to understand the basics. And who better to update us on the gold markets than Kaplan himself? Here he is explaining the opportunity that gold presents.

TOM KAPLAN: But it seems to me that gold is embarking on essentially a third wave. I'm not speaking about it Elliott Wave terms, but essentially--

TOM KAPLAN: --when you have a decade to 12 years up and eight, nine years down, the next one is likely to be 10, 15 years. And I believe, purely based on how difficult the gold mining industry has become, that we will see an equilibrium range of between $3,000 and $5,000 extrinsic of the macros and the black swans.

DREW BESSETTE: So excluding the macro factors, which usually play a major part, Kaplan says that gold is headed much higher from here. Most gold investors are hesitant to provide a price and a timeline, but Kaplan says the timeline is the next five years. Obviously, he has an interest in this happening, but why does he say five years? Well, the gold mining industry has consolidated.

And as you'll see in the full interview, there are a few gold companies that are poised to take advantage of shorter supply and higher demand for gold. But there are reasons to think that gold could heavily benefit from the macro side too. Here's Tapiero and Kaplan's take on what is exactly happening in the world and how the gold market fits into that macro framework.

DAN TAPIERO: It strikes me, though, that this is-- it's the move away from the unipolar world, that it used to be just the United States. I mean, if you think back in 1990 or even 2000 before the rise of China, it was really just the US as the main economic entity. But then as everyone else grows in wealth, they start to allocate even little bits to different assets.

And I think you see that via gold flows. It's tied, I think, into the historical-- into a larger historical vision of where we're going.

DAN TAPIERO: No, But I I would think you see it that way as well, right?

TOM KAPLAN: You are correct that from a macro standpoint, if we superimpose history onto the geopolitics of gold, then there's no question that gold is going to assume more and more of an influence in the emerging countries which are eating away at America's financial preeminence DAN TAPIERO: Very slowly. It's a very slow thing.

TOM KAPLAN: It's slow because--

DAN TAPIERO: It's not very obvious. There aren't people in the gold space who ever talk about it, because everyone is either a miner, or a trader, or--

TOM KAPLAN: But that's changing, and I should--

TOM KAPLAN: I should get to that.

TOM KAPLAN: I should get to that point, because I think it does-- it is a shift that maybe has occurred faster than I expected. From a historical standpoint, so much of America's wealth is predicated on the fact that we have the world's reserve currency. It allows us to be profligate and irresponsible in a way that we otherwise couldn't accomplish. But the underpinning of that pre-eminence, the underpinning of that prestige, is a whole group of factors that is being eroded, if not discarded.

So while you talk about it being slow-- and I would agree. But it's only the size of the gold market that makes it so. But that could change with higher prices. The fact is that those elements that America needs in order to maintain the luxury of having a currency so disproportionately owned relative to its trading power are being destroyed.

DREW BESSETTE: So macro forces are changing the world. Historically, volatility and uncertainty are positive for gold. More than that, gold flows are starting to rhyme with those of the past. Again, what does it all mean? Well, it means that the US dollar status as world reserve currency is in question. At a time like this, in this macro environment, it's in the interest of anyone, including central banks, to have an asset that is nobody else's liability.

So you're probably asking, in an ever-changing and increasingly wonky world, how do you preserve your wealth? With $16 trillion in negative yielding debt, where do you find yield, even relatively? And with so much uncertainty in the world, how do you find an asset that doesn't rely on somebody else's ability to pay you back? Gold is the answer. Here, Kaplan and Tapiero examining gold potential bull market through that macro lens.

DAN TAPIERO: Obviously, negative interest rates. We could not never have thought of that 10, 15 years ago.

TOM KAPLAN: You mean that gold is a high-yielding currency?

DAN TAPIERO: Exactly, exactly. And interestingly, gold against a basket of currencies has already broken out, especially some of the emerging, of course. And so it has proved to have been a hedge against the debasement of fiat, certainly in non-G10, or emerging countries. What are some of the other macro things that you think are supportive here for the gold price break?

TOM KAPLAN: I think gold is the perfect asset now. I'll come to it from the mining industry standpoint in a moment. But the reason why I focus on that is because it's that which tells me gold has nowhere else to go but up. The macros are what will ultimately determine whether gold stays within a $3,000 to $5,000 range, or potentially multiplies from there.

So yes, there are negative interest rates. But the most important aspect about gold is that-- and I think John Hathaway obviously made the same reference-- it is the only asset class that isn't someone else's liability. And the proof of this is that central banks are buyers.

TOM KAPLAN: I view central banks as being the ultimate insider buyers. They know, as sure as the treasurer of Enron knew, that they are engaged in, at best, a confidence game, and at worst, a Ponzi scheme. They know that so much of their own treasuries is filled with duplicatable rubbish.

DAN TAPIERO: All of it. All the debt.

So at the very least, you see that central banks, who used to be sellers, will not sell, because they know that their populations have a very vocal interest in the gold, or the family silver, not being sold. You've seen, just yesterday, Poland announced that they'd repatriated 100 tons of gold

DREW BESSETTE: So as everyone wants to debase their currency, the assets priced in those currencies become less attractive investments as the debasement gets worse. On the other hand, gold, which some people have derisively called a yieldless currency, suddenly becomes attractive.

Gold is the only asset class that is not a liability or a promise to pay. So if the worst case scenario comes to bear, and Kaplan is right, gold could provide, at the worst, protection, and at the best, some really solid returns. For your portfolio, it'll be, as they say, worth its weight in gold.

I don't want to spoil the whole interview, though. So I'll leave things here. But if you want to see how the master is going to play the potential global market, or you just want to learn more about macro conservation and Tom Kaplan's incredible accomplishments, check out the full interview. And as always, stick with us at Real Vision. I'll talk to you next week.