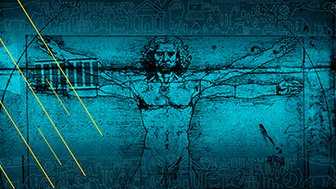 What happens to financial markets when passive strategies become the…

Does the movement to green energy require further investment in fossil fuel technologies? This week, Drew breaks Rob West’s recent presentation to see where the energy industry is headed over the next 30 years.

DREW BESSETTE: On this program, we've talked a lot about politics, but really only in relation to who's in the White House. Today, we're going to talk about something that certainly become a political issue, but we're going to take a different tack. Whether you're convinced that climate change is manmade, made up or just part of the natural cycle, the fossil fuel industry is changing rapidly. This week, we're going to talk about the decarbonization effort and what that might look like for investors over the next 30 years, all with the help of Rob West. It's all going down on this week's episode of The One Thing.

What's going on, investors? Drew here. This month on Real Vision, we had a presentation by Rob West, the founder of Thunder Said Energy and Energy Consulting. The title of that piece was, Decarbonization: The Divestment Death Cycle. Now, I know the title itself turns some people off to the message of the video. Maybe a few people missed the point. I wouldn't be doing my job if I didn't point out the interesting nuances in a discussion full of them. Of course, it's unreal. Rob says that the energy industry is going through a transition, well, actually five simultaneous transitions stacked on top of each other. Here he is explaining.

If we take the energy system that we have today, we need to transform it, we need to get rid of all the carbon and the technologies that do that are going to have to do various things. The first thing is they're going to have to make energy better for consumers than it currently is because nobody's going to get behind technologies that make their lives worse. The second thing is they have to be economical because this is an industry that spends $2 trillion a year. If you can't compete for capital in this industry, it's just not going to move the needle.

The third part is about technical readiness. Technologies, people always joke that technology means something that doesn't work yet, but it has to be close enough to working but within an investable timeframe, you can actually put meaningful amounts of capital into it and make a return on that capital. There's a well-known scale, which we have which is called technical readiness level or TRL. Worth going through this just up front because it might come up later in the conversation.

You should think about this is like the Richter scale of assessing technical readiness. TRL0 is a glimmer in the eye of a scientist. TRL9 is something that's fully ready, fully commercial, and you can buy from industrial conglomerate off the shelf. When we do all our work on energy technologies, we're looking for things that meet those criteria. It's got to be better energy. It's got to be cleaner energy, it's got to be economical and it's got to be TRL7 or above to really get excited.

DREW BESSETTE: You could say exciting again, let's just describe what could be a few trillion dollar opportunity in a space where the majority of people don't understand? How we'll get from where we are to where we want to be in terms of renewable, green, and carbon neutral or negative technology? According to West, the transformation of the current energy system will require technology with three major components.

One, the ease of use to facilitate adoption. Two, the economic viability to compete with the current system to spur development of the new system. Finally, three, technical readiness to deploy these new systems within an investable timeframe. Rob West paints a picture of the future with carbon negative technologies, increased efficiency, and an energy system that's more robust than the one in place today, but how we get there is the most important part. Here's Rob West, explaining why it's so hard to get from where we are today to where Rob thinks we need to be.

ROB WEST: Why is decarbonization so difficult? It's because of the size of the energy system. This is an energy system that consumes 63,000 terawatt hours per year. To put that in perspective, this is like a small kitchen toaster running 24 hours a day, seven days a week, 365 days a year for every single man, woman and child on the planet. It's enormous.

Just to put that in perspective relative to the oil market, in oil, the developed world, there's 13 barrels per person per year. In the developing world, it's three barrels per person per year. We're going to end up in a world where there's 60,000 terawatt hour energy system becomes 120,000 terawatt hour energy system. Really, efforts to stop that, they might not be the route to decarbonization, they might end up being the route to real devastating consequences. We need to get more energy into the world but we need to completely clean up and decarbonize this energy industry as we do it, and technology is the only way.

DREW BESSETTE: Because demand for energy isn't going anywhere but up, decarbonization is a difficult goal to accomplish. In the next 30 years, the world's energy demands could double if not more. With just marginal increases to the percentage of people demanding the energy, West argues that the world can't just quit the current energy system cold turkey or it risks suffering from extreme inflation, but a gradual shift to decarbonization in a $2 trillion industry presents an incredible opportunity for investment.

ROB WEST: I guess this brings me to the final point of my energy market models which is I have a model of a completely decarbonized energy system by 2050. Completely decarbonized, but it has trebled the natural gas demand of today. It has still 85 million barrels of oil demand. We've basically phased out coal, but these fossil fuels that remain are just decarbonized fossil fuels, either directly or indirectly through technologies we've been screening that can do this. I guess this is my final conclusion, which is that, actually on all the technologies we've looked at this year, we can decarbonize the energy system by 2050 but it still remains a fossil dominated energy system.

This is the final reason why engaging with leading companies in this space is going to be so important. We can't just abandon the traditional energy industry. We're going to need to work with them to make energy cleaner, better, more economical and completely decarbonized.

DREW BESSETTE: If Rob's vision of the future is even partially realized, opportunity is about. Let's review, the energy transition will require technology with three components; ease of use, economic viability and technical readiness. This is a prerequisite for any energy transition. We don't want to blow up Rob's spot, but if you watch the whole interview, you'll find many examples of these technologies being deployed right now.

It's important to remember that we're talking about a 30-year time horizon. It's not like suddenly, tomorrow, the world's energy system will be carbon neutral or negative, it will be a gradual development. As these technologies get more and more competitive economically and established in the industry, the development will become exponential. I don't know about you, but I certainly love hearing about exponential opportunities, despite how rare they may seem today. If you want to learn more about the energy transitions happening right now, check out the full interview and as always, stick with us at Real Vision. I'll talk to you next week.