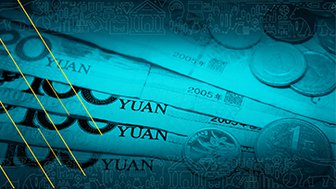 The Trump administration labelled China a currency manipulator in response…

With central banks all over the world turning to unconventional monetary policy, AK takes a look at interest rates. This week, he break down what negative interest rates are, what they might mean for the economy, and the chances that negative rates make their way to the United States.

The first country that dip their toes in was Sweden back in 2009, right after the Great Financial Crisis when the S&P was just coming back up to 1000. And then five years later, the ECB got involved into negative interest rates too. And then there was no looking back. According to Market Watch, some banks in Denmark are offering a negative .5% rate on a 10-year fixed mortgage. So technically, if you move to Denmark, you can borrow money to buy a house and then pay back less than what you owe on them. As offensive as that might sound, it's actually true.

But today, I want to talk about what negative interest rates actually are and how they work and also what it means for the economy. Is the bank going to pay you to take out loans? We're going to talk about all of that on this week's episode of Real Vision's The One Thing.

If anything, the lesson from- I keep talking about the yield curve- it's one of the flaws of QE outside of QE1, which was meant to literally save the system. QE2, QE3 was on paper meant to lower long term interest rates. Well, that's a flattening of the yield curve. How are you going to encourage lending when you're flattening the yield curve?

So the difference between a 10%, 0% and negative 10% interest rate is that same 10 bucks. But the negative one seems a little more weird. Because why would I lend that money to you when I could keep it for myself and have that same amount of money a year later without any of the credit risks. So negative interest rate would deincentivize me to loan out money, but at the same time, it's going to incentivize you to borrow more. And in a world where there's a lot of money flowing around but not many projects to use it for, this might balance the loan. Shannon McConaghy explains more.

SHANNON MCCONAGHY: A financial system is like a reactor, a structure that contains interaction between elements. So in the financial system, the dominant elements are borrowers and lenders. Lenders transfer funds to borrowers, and then borrowers transfer that back with interest, hopefully. Sometimes that goes wrong.

What we've seen is within that reactor, central banks have been trying to use extraordinary policies to stimulate interaction. And the way they do that is to reduce the flow of interest from the borrowers back to the lenders. And indeed now with negative rates, they've reversed the flow completely. They're trying to stimulate outputs such as inflation. It's very hard to see and measure how successful that has been.

AK: Central bankers around the world have two main tools that they use to manage the economy- asset purchases and interest rate. Those two are pretty closely related. So you remember the zero lower bound idea where interest rates couldn't go below zero? Well, that was one of the explanations that the Fed gave for quantitative easing. Because rates couldn't go below zero, they had to create money to buy assets and stimulate the economy.

But now, the European central banks are pointing and laughing because they've broken that so-called zero lower bound. So what about the US, are negative interest rates inevitably here, too? Well, in this clip, Tony Greer talks about how central banks around the world are paying attention to each other so the US might be next.

TONY GREER: In the FOMC statement, Powell actually mentioned things like the Brexit and the debt ceiling as reasons for concern. And that's when I want to grab the TV screen and go, are you kidding me? That kind of thing is outrageous to me. So, we're managing our own economy with our own interest rates and our own currency within our own borders. So, it seemed like we should be most attentive to what's going on here. That's not the case anymore.

That's why you've got to watch and see what's going on around the world. Because it seems like the powers that be are the central banks have done a pretty masterful job at managing coordinated currency destruction. We're all lowering rates around the world at the same time, and it's everybody in the boat.

AK: So like most Greer isn't saying that we're absolutely going to get these negative interest rates but he's saying that banks do pay attention to each other. For people like Greer, Boockvar and many others, there's a psychological barrier to accepting negative interest rates. But on the heels of recession watch, a crisis could be what everyone needs to rethink their position.