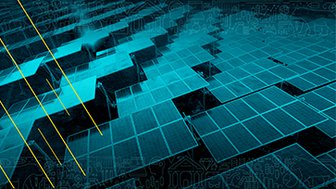 Will the growth of clean energy and electric cars present…

The modern media has become a cacophony of overwhelming and useless information. The creation of narratives inspire questions like: "What is actually important?" and "What is just noise?" This week on "The One Thing," it's time to shed our shackles and escape from Plato's allegorical cave. AK breaks down how investors can lift the proverbial scales from their eyes and pinpoint the information that will make them profits.

AK: One thing everyone can relate to is the unbelievable amount of information being thrown at us every single day. I mean, you can't even walk down the streets of New York without seeing the national debt just ballooning in front of your eyes. And being on the World Wide Web, or "the internets," as Bush used to call it, means instant credibility for basically everybody. But does any of this information actually have any value? I mean, who's really an expert, and what should we be cautious about digesting? Well, we're going to talk about all that and more on this week's episode of Real Vision's "The One Thing."

What's going on, investors? AK here. Today we're going to look at how you can drown out the noise in the markets. Like everything else in the modern world, if we don't take control of the access we have to something, well, then, it's going to take control of us. So let's take a look at which information in the finance world is actually useful, and which information is just noise.

Here's the thing-- humans, we're eusocial animals, which means our brains are designed to respond to communication from other humans. But you don't got to take my word for it. Ben Hunt, the author of The Epsilon Theory, sat down with Grant Williams last July to discuss this concept.

BEN HUNT: What does being eusocial mean? Well, you know, there are four components to the technical definition. It involves how we raise our young, different generations, there's jobs. But what it comes down to at the end is that what eusocial species share is that they swim in an ocean of intraspecies communication-- literally swim in an ocean of it. So in that beehive that we'll see, or an ant colony, or a termite mound, each individual animal, their nervous system is attuned essentially to the chemical communications that exists between these species, the pheromones and the like. And they are hardwired. And it's been developed-- evolutionary for tens of millions of years. They are hardwired to respond to the communication sent via chemicals.

Well, human beings, we are sensitive to some pheromones, but we've got these big old brains. The ocean of communication we swim in is our words, right? And there are patterns of words. There's a grammar to words. There's a language around words, a vocabulary around words. We can no more resist it than an ant can resist the pheromone of a flea.

Now, we have self-will, we have self-control, so I'm not saying it's that-- and they've got much tinier brains. They've got a lot fewer neurons. So absolutely we have free will, and determination, and the like. But we are evolved biologically and we are trained socially to respond in highly predictable ways to the use of words, and clumps of words, and stories. A grammatical structure, a story arc that resonates, that really does click neurons in our brain, and we say, oh, OK, I get that.

AK: He went on to explain how that biological hardwiring affects people, politics, and markets every single day.

GRANT WILLIAMS: And we can leap ahead, right? We know where the story is going--

BEN HUNT: We know where the story is going.

GRANT WILLIAMS: --so we can pre-react to it. Yeah, right.

BEN HUNT: And so that's what-- politicians have known this for thousands of years, right? Ad guys know this. A good trader, someone who is being the middleman between-- creates a story around their wares. So this is not new. There's nothing new about this.

What is new? Two things-- one, central bankers finally figured this out. And that's why we have-- every day, you trip over yourself finding another Fed governor giving a speech or the like. It's a very conscious policy. And it's absolutely part of this. That's where narrative comes from. It really is hardwired in us. We are trained to respond to this stuff. It makes us very successful. I wouldn't take it away for the world.

Because just like the ant, and the bee, and the termite, our ability to communicate in our puppet strings because of the communication, is how and why we build cathedrals, and go to the moon, and do all the great stuff that we do as a crowd. But it's also responsible for some of the most terrible stuff we do. And it's also responsible for the way in which our individuality, our small-L liberal virtues are-- not to put too fine a point on it-- crushed.

AK: Now, we're here so that your big-I investments don't get crushed. But how the hell am I supposed to do that if I'm hardwired to react to noise?

BEN HUNT: But you can't insulate yourself. And I think the most important way to do this-- and this is something everyone can do-- is not to read more or read less. Read differently. Read differently. And what I try to do whenever I read an article in The Journal or I'm listening to a CNBC, ask yourself why-- why now? Because it's so rare that it's actually a breaking piece of news. And what is rampant today is what I call fiat news. Instead of fiat currency, it's-- we're creating currency, money, out of our imaginations. Fiat news is really the creation-- we're going to call it news, but it's really opinion.

So this is my first line of defense, to ask why, why now? Why am I being shown this piece of information? Why is this article being written? Once you just kind of inject that very easy level of critical thinking-- why-- then it helps. It helps. It's like an inoculation. It's like that article, that piece of news, was written for a purpose.

Today, our ability to participate and draw ourselves in so that we take the bit, is so ubiquitous--

GRANT WILLIAMS: Yes. It's so true.

BEN HUNT: Right? And it's taking advantage of how we are hardwired to social animals. In the same way that that mustang can't help herself but come initiate the contact and say, hey, what are you doing there? OK, you're going to put this on? OK, can I be part of this? We're the same way.

AK: OK, we can't change our human hardwiring. But we can at least identify what's useful information and what's noise. Larry McDonald of "The Bear Traps Report" recently sat down with Real Vision to discuss narratives and noise.

LARRY MCDONALD: It's the negative narrative because of this media disruption, I think, is profoundly expanded, more so than ever existed 5, 10, 15 years ago. So what happens is, the capitulation process in this vicious bear market can be so severe in the exiting. And then sure enough, lo and behold, it produces a fantastic bull market.

AK: OK, so the first step goes back to our previous episode. You got to establish your own process. Now make sure that you're much less swayed by the noise than the perma-bulls and bears.

Three, you can create your own market narrative based off your own process and system. And four, you could actually use the noise to trade. Remove yourself from the game, and view it from up above. From there, you'll see patterns, and headlines, and price action that don't match up with the narrative, which can really be some of the most useful information there is. And if you want a little help doing all of that, then make sure you subscribe to Real Vision. I'll talk to you in the next episode.