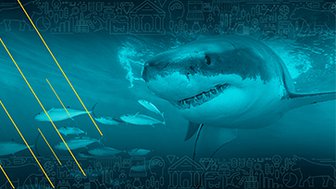 This week we break down Jeff Snider's interview, "The Monetary…

This week, AK examines the history of money, breaks down the role of bitcoin and gold in the monetary system, and reveals what can save your portfolio in the next downturn - gold or bitcoin?

AK: What's going to save you? Gold or Bitcoin? Last week on Real Vision, we had two guests talking about the history and future of both. Simon Mikhailovich presented the argument for gold and Robert Breedlove for Bitcoin. We're going to break down both arguments to help you decide which asset will protect your portfolios the most in the worst case scenario, and it's all going down on this week's episode of Real Vision's The One Thing.

What's going on, investors? AK here. We've been talking about recessions a lot lately so of course, we're also going to talk about recession protection like gold and Bitcoin but the first thing we have to do is understand the basics of both. Here's Robert Breedlove explaining a brief history of money.

ROBERT BREEDLOVE: A brief history of money, people intuitively discovered a long time ago that by trading things, we could actually create more aggregate wealth by specializing. If I make hats faster than you make pants, if we both focused on our specialties and trade, then we both benefit. It's actually a positive sum game. In this type of economy, eventually the good that becomes most saleable, so the most exchangeable in a network is money. Money has taken a lot of forms throughout history. It's been salt, it's been seashells, it's been cattle. Ultimately, it was gold.

Scarcity is what protects the value of money across time. The world ultimately settled one was sufficiently interconnected via telecommunications and such all the trade networks in the world became connected enough, the world settled on gold as money. It's specifically because gold satisfied these main characteristics in addition to being the most physically scarce monetary metal.

The easiest way, I believe, to think about hard money is the difficulty to produce an additional or incremental unit of it. Gold for instance, it's very rare in the Earth's crust. It's costly in terms of time and energy to extract it. This gives it a high costs associated with producing an additional ounce of gold. To compare that against, say, a silver for instance, which has a lower stock to flow ratio, it's easier to produce and procure silver than it is gold.

Anyone that can profit from silver production has a direct financial incentive to shelter those profits in gold. This is why money in a natural free market tends to exhibit a winner take all dynamic. Money has, again, it's a single purpose technology. It's for moving value across space and time. If any singular technology can satisfy that, it will become dominant within its trade network or the marketplace.

AK: Money is a proxy for time savings. Breedlove's argument boils down to the gold became money because it was the hardest form of money available to humans. That means that for a majority of human history, gold has been the best place for savings, both time and money. Here's Breedlove with the rest of his argument.

ROBERT BREEDLOVE: We sit here today at the tail end of this grand monetary policy experiment called fiat currency. It's been going on for 100 some odd years. I think everyone that is sensitive to the markets would say that we're in truly crazy and uncharted times, negative interest rate policies, QE infinity, all of these crazy market situations. In that context typically, gold has been perceived as the hedge against things like this in a market.

Bitcoin as the hardest money ever, it actually becomes harder every four years. The inflation rate of Bitcoin is adjusted by half downward every four years. The next one of these events which are called the halvings is scheduled to occur in May 2020, so a little less than a year from now. At this time, Bitcoin's stock to flow ratio is going to be about equal to gold's. Gold is between 55 and 60. Over the past 50 years, its annual supply has increased an average of 1.8% a year. As of May 2020, Bitcoin's halving will take it on about the same footing as gold, right around 55. Then again, Bitcoin halves once again in 2024, and its stock to flow ratio will actually be double that of gold's.

This is entirely unknown to us. We've never had a commodity with the stock to flow ratio higher than gold's. Again, historically, it would lend us to believe that it would create a lot of the value from inferior or softer monetary technologies. I think in the context that we're in right now, we have this international currency devaluation war, this race to the bottom where countries are just printing as much money as possible to acquire scarce assets. I think Bitcoin as the scarcest liquid asset in human history performs really well in these conditions.

AK: Until now, gold had the highest stock to flow ratio, but what he's saying is that by 2024, Bitcoin will have doubled that ratio, that means that eventually it will be twice as hard a form of money than gold. Breedlove argues that because of game theory, people will be driven to adopt Bitcoin over gold because of its better ratio. But on the other hand, Simon Mikhailovich argues the legitimacy of Bitcoin as an actual safe haven.

SIMON MIKHAILOVICH: If you were outfitting a ship to sail across the ocean, knowing that you might face some pretty severe storms, and you were buying equipment, particularly safety equipment for that ship, would you buy equipment that was very highly technically sophisticated, brand new but never been tested in a storm? What percentage would you buy that hasn't been tested? Would you buy half of it not tested because it's really good looking, or looks very efficient, looks very good? Would it be 10%? Would it be none?

Let me ask you another question. If you are seeking financial independence and privacy for your assets, for your wealth, do you think it's a good idea to have every transaction you perform with your money indelibly and forever recorded in a distributed database, which you do not control, which no one can control, where the only thing that prevents it from being audited and brought back to your doorstep five years from now, 10 years from now, 20 years from now, 30 years from now, is state of the art cryptography of today or maybe that's not a good idea? For instance, would you have put all your money into a Commodore 64 computer which those of you who don't know what that is, in 1982, that was state of the art computing system which by the way still holds the record for the biggest selling computer product ever until now.

Now, the only reason it's the biggest selling until now, not because it really was the biggest selling, it was the only one and so that was a company that came up with the state of the art computer. It laid the groundwork for many more computers that were better and more wonderful and more capable but who remembers about Commodore 64?

In a difficult situation where trust is lost, where the crisis happens where people lose faith in institutions, financial instruments, in things that they don't understand, what is more liquid and more easy to pass as a form of payment, something that everybody knows what it is, or something that's fairly complex, sophisticated, and maybe wonderful, but not known to the vast majority of the human population, and not really transactable in most ways? I don't know, you answer for yourself. I know my answer to that question. I think, keep it simple stupid is what they say, or there's another great saying, simplicity is the ultimate sophistication. Simpler probably is better than complex.

If you take the totality of these questions, and you look at gold, it answers all these questions very straightforwardly. It is the only financial asset that is completely independent from any network, any counterparty. It doesn't need anything. You can just pass it to somebody else directly, just like $100 bill, and it's over. Unlike a $100 bill, it's not even issued by anybody and it can't be canceled by anybody. It just the thing.

Gold is a globally recognized official reserve currency stored by central banks, and used by half of the world population as a store of wealth. China, India, 3 billion Asians use it so you know what, it's like I've said that before. If you don't like a Picasso, you don't have to buy it. Doesn't mean it's not valuable. Doesn't mean that there isn't a market for it. It's the same thing with gold. If you don't believe it, you don't have to. There's 3 billion people do. That's a big enough market for it to be transparently priced 24 hours a day, pretty much, seven days a week.

AK: For Simon, the true mark of a safe haven is simplicity. He argues that gold's role in the monetary system is an anchor to reality. There's a reason that gold has lasted so long. The combination of scarcity, simplicity and longevity has made gold the go to money for thousands of years. Well, Mikhailovich and Breedlove diverges on the safety of Bitcoin, can it exist if the government restricts access to the internet or electricity? Until Bitcoin is tested by a crisis, nobody knows. Well, maybe Jim Grant does.

JIM GRANT: To be an essential feature of a store of value is that you do not need an electrical socket to make it work, so I'm a gold guy.

AK: What's going to save you? Gold or Bitcoin? Well, the answer is probably both. Gold and Bitcoin are both hedges to the traditional monetary system, but only time will tell. If you want to learn more about Bitcoin, gold and the history of money and how it can help your portfolio, then make sure you subscribe to Real Vision. I'll talk to you next week.