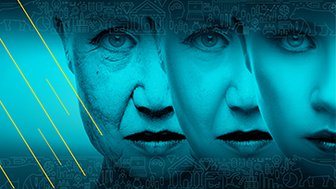 What would happen if you could reverse the aging process?…

Filling in for AK, Real Vision's Drew Bessette breaks down the recent collapse in value of Silicon Valley unicorns as their growth-at-all-cost business model is being actively challenged.

DREW BESSETTE: Ever since WeWork's blown IPO, the markets and the media I've been looking at the venture capital space in Silicon Valley a little more cynically. On top of WeWork exposed, you have beyond me, Uber and the rest of the unicorns all experiencing a narrative shift. What's the impact of all this change in the Silicon Valley venture capital space? Is this really the end for the unicorns? That's exactly what we're going to talk about on this week's episode of The One thing.

What's going on, investors? Drew here. AK is on vacation, so for now, you're stuck with me. Recently, it seems like the tables are turning on Silicon Valley. With Facebook in trouble with Congress and WeWork's blown IPO, all of these stories of explosive growth seem to be at an inflection. Real Vision recently interviewed Vincent Deluard. He's the director of global macro strategy for INTL FCStone. He makes the argument that Silicon Valley and those unicorns are in for a rude awakening. Delaware points out that the problems facing Silicon Valley has implications for the rest of the economy and here he is explaining that problem.

VINCENT DELUARD: I think it's the entire model of the Bay Area economy of rising asset prices, very high wages, most of that being stock based and very high real estate prices. It was somewhat of a virtuous cycle for most of the past 10 years, and with the recent slaughtering of the unicorn, I think we had the beginning of a massive unraveling of this model.

DREW BESSETTE: Deluard had problems with the entire Bay Area business model, rising asset prices, astronomical real estate costs and stock based compensation all point to this real concentration of wealth, but according to Vincent, WeWork is just the tip of the iceberg. I'll let him explain why.

VINCENT DELUARD: I think we had the beginning of a massive unraveling of this model. WeWork is like the-- WeWork is not San Francisco. It is the tip of the iceberg. You see the big public ones that catch everyone's attention, but the way Silicon Valley works is almost like a pyramid scheme in a way where every valuation is based off someone else's valuation. If one needs to take a ride down, then the entire chain needs to work its way down and then a lot of this wealth is on paper. It's very hard to use traditional discounted cash flow models for companies that don't have cash flow or have cash flows that are very negative for as far as the eye can see. You really have to price them off other deals.

Most of the bubble that we've seen, contrary to what happened in the late 90s in the private market, but that being said, the IPO remained the endgame. It's been longer and longer. You had all these Peter Pan companies that had been from the byproduct investors for 5, 10 years. When it started, you only had series A, B, maybe C, now, people are F and all these companies now, basically the road to public listing is now closed and the laud investors that could bring them the liquidity, typically division fund are just not doing so well. A lot of them use leverage. I think we are just at the beginning of this unraveling and I don't see a happy ending to this.

DREW BESSETTE: Deluard points out that as the deals begin to souring big VC firms like SoftBank, those firms are less likely to write these blank checks for the unicorns. Because the venture capital pricing models aren't based on cash flows, a.k.a. reality, underwriters have to rely on comparable deals to assign proper valuations to these companies for their series A, B, C, D, you get the point. When those deals start to go belly up, the Ponzi like aspect that Vincent mentioned starts to rear its ugly head. Back in July, Real Vision had Josh Wolfe of Lux Capital on to talk about exactly this issue. Here he is explaining.

JOSH WOLFE: A marginal buyer on the public equities who maybe was the corporation buying back its own stock, in my world, the marginal buyer is two kinds. One, you've got SoftBank, which is setting an irrational price. They have an enormous amount of money to put to work and have put to work pricing up their own stock. We've talked on Real Vision before about this in the past with Mike. I think that they have created irrational comps that other people have referenced to that have set artificially high prices that are almost equivalent to leverage because a 10% or 20% down round wipes out everybody in that capital structure stack.

DREW BESSETTE: It's a disaster for the valuation of your company when the valuation of the company that your valuation was based on suddenly and dramatically decreases. Imagine being the impossible burger guys seeing beyond meat stock tank right after the IPO. If you don't have any cash flows or frankly any other revenues to provide some benefit of the doubt to refute the comparison, what happens when the pricing model collapse? You revert to the last pricing model. Unfortunately for a lot of these unicorns, that's a terrible sign.

Just look at WeWork. They went from a $47 billion valuation to a $7 billion valuation getting bailed out of bankruptcy in like two weeks. Their lifeblood is this access to cheap capital. When that pool runs dry, the industry is going to change forever. Is this problem contained to Silicon Valley? What does it mean for the broader markets and economy? Here's Vincent again.

VINCENT DELUARD: Lack of profit is not just a unicorn started the phenomenon. If you do get there, the Russell 2000, about a third of Russell 2000 companies do not make profit actually. I counted. There was about 18% of the companies that lost money in 15 of the past 16 quarters. That's a significant number and then and not just tech startup or biotech companies. Again, we have tax rates at the lowest they've been since the end of the war, we had the unemployment rate of the lowest it's been for, again, the end of the war, interest rates at about a 5000-year low and still, you have a third of the market that cannot turn a profit in another circumstances. At the same time, you've seen these explosion in debt per share, three, four x on the Russell 2000 since 2011. You have all the ingredients for a major correction.

DREW BESSETTE: 18% of the companies in the Russell 2000 have lost money in 15 in the last 16 quarters. Despite the cheapest cost of capital in 5000 years, there are still companies that can't figure out how to get profit. That unprofitability could be the kiss of death for any new financing and that has major implications for the rest of the economy. I use the word contain because I want to remind you of the last time a financial issue had to be contained. Remember when Ben Bernanke he said that the subprime problem was contained? Things are starting to smell a lot like 2008.

Now, I'm not standing here telling you that the sky is falling and that history is repeating itself. What I am saying is that if these pricing models collapse, like Vincent said, those valuations are in for major corrections. These major corrections will bleed into the rest of the economy, considering how interconnected the modern financial system is and that's a bad sign. If you want help tracking that narrative, or you just want to learn more about the venture capital space in Silicon Valley, subscribe to Real Vision. I'll talk to you next week.