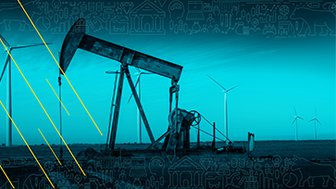 Does the movement to green energy require further investment in…

In the last episode of the year, Drew takes a look back at the most important themes we covered on "The One Thing," from investment process to trade war.

DREW BESSETTE: 2019 has been a wild year here at Real Vision and in the financial market. Despite the rise we've seen in geopolitical tensions around the world, extreme monetary policy and the growing murmur of incoming recession, the S&P hit all-time highs. Who knows what's in store for 2020. It may not be anything like 2019, but there will be a lot of talk about China. If anybody has a good guess as to what's going to happen in 2020, I imagine one of the guests on Real Vision over the past year was right, and only time will tell who. Today, we're going to take a look at some of the most important themes we've looked at and covered over the course of 2019, and it's all going down on this week's episode of The One Thing.

What's going on, investors? Drew here. This year, we've covered a lot of different topics related to the financial markets. We've talked about geopolitics, monetary policy, equities, and even psychology. Today, we're going to highlight a few of the most important themes that we covered on this show. To start things off, we have to talk about process. How you think about and structure an investment pieces is critical to success regardless of market environment or track record. We talked about it last February on an episode called, Trust the Process. Here's a refresher explaining the importance of process.

KYLE BASS: It's easy to maintain a conviction, it's harder to maintain investors. Those that are committed to the excellence of research in this business and ideas in this business, we check and recheck our thesis all the time. It's a constant endeavor 24/7, seven days a week. In being more public with your views also invites a new level of scrutiny and discourse and that discourse only makes you better at what you do.

AK: Another process that's not as common but should be universally respected because of how much work is involved in it is short selling. We've had some of the best short sellers in the world on Real Vision, and what you'll realize with all of them is that they're truly the best detectives. Check out this clip of this amazing interview with Marc Cohodes and Grant Williams.

MARC COHODES: I have done the work here of the SEC, the DOJ, the FDA, I've helped Blue Cross Blue Shield of Texas, not cover this shit, private insurance companies, the VA, so vets don't get injected with this poison, and on and on and on, and the government and the regulators sit there with their heads literally up their ass.

AK: If there's one common idea that we keep coming back to, it's how important it is to actually have a defined process because if you have a defined process, then you're not going to fall into that trap of just trying to chase results. If you're just trying to chase results, that's how you end up buying at the top and selling at the bottom, you lose money, you're always going to want to join the latest fads without the least bit of understanding of why that fad exists and how it's even making money. The point is at Real Vision, no matter how much we're focused on forecasts and opinions, we're probably even more interested in process.

DREW BESSETTE: That's the first building block. Have a process. In order to be successful investing, trading, or really in anything, discipline is crucial. We got some advice from legends like Stan Druckenmiller that self-awareness is critical to the execution of your investment process. The most successful know when they're hot and when they're cold. The next step is applying your process and the talk of trade war between the US and China has forced every investor to apply their process to the issue at hand. Markets have been trading based off news releases about the progression of trade talks, positive or negative. We've been on the trade war story since this show started, but here's a clip of that back in September.

MIKE GREEN: Unfortunately, I see these dynamics playing out very, very similarly. One of the alternate takes, there's, I would argue, two primary narratives. Three. One is China's the future. This is the Joe Biden articulate, which is difficult to square with many of the facts on the ground but certainly remains, I would argue, the consensus view. The second one is that no, China is not the future, but it's going to manage it similarly to Japan. That it's going to have a step down in growth, that it's going to age and therefore have deflationary pressures, and probably an appreciation of the yuan as they seek financial power and global power in terms of the financial sphere as compared to the manufacturing or outright growth. Then the third one is the China collapse model.

DREW BESSETTE: We may not see the collapse of the CCP like Mike said, but there's certainly a lot of factors at play, one of them being the 2020 election. The election is just one of many factors that will come into play in 2020. On top of that, there's the trade war, problems with big tech and VC in Silicon Valley and of course, the continuation of extreme monetary policy and through all of that, the noise of incoming recession continues to get loud. Here's a clip of Raoul from Recession Watch.

RAOUL PAL: For me, the balance of probabilities lies on getting that recession call right. This cycle has been as similar to the '90s cycle, the other longest cycle in history. It has been incredibly similar that had those two false lows like this one had, and then eventually it broke. It feels like we're there now. It feels that people don't want to trust what they're seeing because the equity market's at its highs, the equity market was at its highs in 2002. It was pretty much at its highs in 2007.

Don't trust the equity market, trust the bond market. The bond market's the thing that tells you the story, and it's been screaming to you that the global economy is slowing down fast, and the US is part of it. I think that is the story that I think many people don't understand. Most people watching Real Vision have not been historically bond market guys. It's been an equity world out there and to shift your mindset and to understand the opportunities across asset classes gives you the real edge that it takes to make money in a really complicated situation like a recession.

DREW BESSETTE: Getting the recession call right is not only a way to avoid disaster for your portfolio, it's also a potential opportunity to profit. Whether recession comes in 2020, or the longest economic cycle in history continues to run, we'll be here to break it down. Whether you want to add a few tools to your investing toolbox, or you just want to keep up with what's going on in financial markets, stick with us at Real Vision. Have a Happy New Year, and we'll see you in 2020.