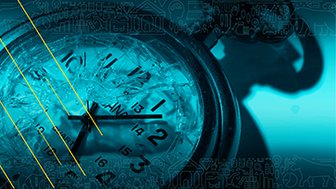 Considering the recent coverage of negative economic indicators like WeWork's…

This week we break down Jeff Snider's interview, "The Monetary System is Broken." Looking at the recently roiling repo market, AK asks what it means for the economy at large.

AK: Everybody's been talking about the recent spike in the repo markets. Jay Powell said that the funding pressures are due to technical aspects that don't really affect the general economy, but can we actually trust what he's saying? Today, Real Vision published an interview with Jeff Snider of Alhambra Investments. He's an expert in everything, interest rates and funding markets, basically the plumbing of the economy. What exactly is the repo market and what does the recent spike in overnight rates mean for the economy? Well, that's what we're going to talk about today on this week's episode of Real Vision's The One Thing.

What's going on, investors? AK here. First off, repo is short for repurchase agreement. They're basically short term loans using securities as collateral with an agreement that they'll buy them back at a later date. The big banks use these repos to maintain their liquidity requirement that has been set by the government.

The biggest risk is that the sellers might not agree to repurchase the securities if they decline in value overnight. Then of course, there's also an equal but opposite risk for the buyers. Short term borrowing relies on the assumption that the underlying securities aren't volatile, which is why most of the time, those underlying securities are US Treasuries. Jeff Snider has been on the repo case for a year. Here, he's explaining what actually happened in the repo markets and what got everyone so riled up?

That's literally what happened, was that these report rates skyrocketed because of a lack of liquidity, which forced the Fed to respond, which they did with these overnight repo operations that have become daily, which are now sprinkled in with term repo operations simply because there's a lack of liquidity in the system. We're not really sure why.

AK: The repo rates spiked because of a lack of liquidity, which caused the Fed to start injecting liquidity, but no one knows actually why that happens. Snider argues that the signs have been in the system for a long time but the why is the real question.

JEFF SNIDER: For what I said, what I've been saying for a long time is that this didn't just happen out of the blue. We've been talking about Fed Funds repo, for in this particular case, for over a year and a half. Really, that's the big message behind all of this. When you stop and look at what's going on in the repo market, Federal Funds and some of the wider issues with the fixed income marketplace as a whole, what you keep coming back to is there's something going on here.

AK: What everybody was freaking out about is that enough big fish in the market, including the Fed, realized that the problem went further than just liquidity. Here's Jeff explaining what the recent repo troubles actually boiled down to.

JEFF SNIDER: People are focused rightly because nobody knows, nobody really understands the system as it actually works. That includes policymakers, by the way, sadly. The fact is that monetary policy is not a money policy. It's not about understand liquidity and understanding this global system. Monetary policy is only about managing people's expectations. That's what the Fed's doing.

Overall, it's a lack of understanding about how things actually work. That's not a small thing because again, as I touched on in the beginning, this is a global monetary system that affects every part of the global economy and a lot of global markets.

The main takeaway is simply that something's going on. Even if you don't know exactly what it is, you got to say, hey, something's going on here and it doesn't seem like our policymakers, the authorities have a whole lot of answers. That's important too because you have to realize that what's going on in the system, what may be going on in the system, if there's nothing behind it, if there's no backstop behind it, which everybody's thought from day one-- the Fed is the lender of last resort. What if there is no lender of last resort? That's a very different risk spectrum.

Then if you thought, well, Jay Powell will just do a standing repo facility and we'll forget about this stuff. In other words, there's something going on here, it's a substantial thing. It entails risks, not just to the repo market, not just to Treasury markets, which would be a positive thing for Treasury markets because people would go into those markets, interest rates would fall further. We've already seen the effects in the global economy.

Think about what happened in 2018, or what was supposed to happen for 2018 to 2019, authorities were saying the economy's booming, inflation is going to break out, we're going to do more rate hikes in 2019. What happened in 2019? The opposite. We've got questions about a global recession, and some economies that look like they're already in recessions, important ones like Germany, that already looked like they're in recession.

There's no inflation, inflation expectations have fallen, as I said before, since May 29th. Oh, by the way, now, the Fed's cutting rates and they're not the only ones. It's global, central banks around the world are all cutting rates. We've already seen the effects of the global monetary tightening.

What we're really talking about here is a global monetary tightening in the system that very few people understand. It's already had serious effects in the entire global economy. What does repo rumble or whatever it was last week, it just emphasizes this fact that there are negative monetary risks that have very real implications for pretty much anywhere around the world.

AK: It's a global monetary tightening, and everyone blames the trade war. Jeff isn't confident that the central bankers have caught on to the real hustle yet either. He says that the problem is systemic.

JEFF SNIDER: What we're really talking about here is a credit based global monetary system, and credit based means something. It means that it requires bank balance sheet capacities for this thing to operate in at least the appearance of stability. If the banks aren't willing to put in the resources, to put in liquidity, to put in the balance sheet expansion for that system to operate, it is inherently-- the inherent instability in it shows up and it shows up in these discrete periods that we've talked about, these four different dollar shortages that have erupted along the way.

2008 was a monetary break, was a systemic break and collateral is just one part of that systemic break. A lot of it has to do-- we all come back to, again, we're asking the question, where are the banks? Why are they sitting on their hands? That's the reason.

If you're looking at it from an overview perspective, going back to 2008, the system was never ever fixed. That's the real point here is that there's really survivability at stake here, because that's what we saw. Bear Stearns went out of business. Yes, Bear Stearns was merged and as far as the Fed was concerned, that was a successful rescue.

They understand post-crisis, there's no Fed behind everything, liquidity is shaky, you know what, we don't really want to do this anymore. Even when the repo rate is 10%, that's not really enough, because we're aware of the potential downside and the potential risks that could be out there. Oh, by the way the Fed isn't.

AK: Few people understand the credit based global monetary system that has emerged since the 2008 crisis. Snider argues that this system was never fixed after 2008 and because it's broken, the big players are less willing to deploy those strategies that they saw bring down the system in 2008. It's not so much that everything changed since the last Fed meeting. It's more about the big players have changed their behavior after realizing what's going on.

In other words, if the big players stop picking up pennies in front of steam rollers, even if you don't know why, you should get out of the way to. If you want to help figuring out why or you just want to learn more about the financial plumbing of our economy, then check out Jeff's interview and make sure you subscribe to Real Vision for more. I'll talk to you next week.