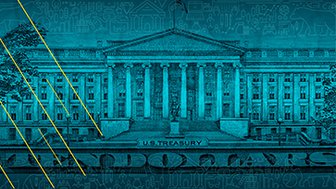 They're supposed to be the most boring investment in the…

Since the very start of Real Vision, we have been covering crypto. From 2014 through the present, we have hosted the world's foremost crypto experts, and heard their cutting-edge ideas. Now, to mark the start of Real Vision's Crypto Week, AK looks at some of those insights, and examines how the crypto space has evolved over the years.

AK: Here in Real Vision, we're not exactly new to the crypto space. Over the next two weeks, we're going to show you interviews with some of the most interesting people in crypto. Now, we've been on this story for almost five years now. And in that time, a lot of things have changed. There's been a surge in innovation and attention, a huge market crash, and then of course, a lot of Lambo. So, let's look at some of what we've been locked in crypto over the last few years. You're going to see it all in this special episode of Real Vision's The One Thing.

What's going on, investors? AK here. So, we said we'd take you back in time, right? So, let's go back to September 2014. A few weeks after Real Vision started, we find cofounders Raoul and Grant sitting in a dark room talking about the death of trust in an episode called, The Reset. That led to a discussion about how Bitcoin could be useful.

GRANT WILLIAMS: Does Bitcoin have a place in this framework we have established?

RAOUL PAL: I think it's almost central to the framework, because of the nature of it being decentralized. Therefore, nobody can manipulate it. Nobody control it. They can't print more of it. So, what you have is something very intellectually interesting, and actually very useful.

AK: So, the case for Bitcoin and other cryptocurrencies was pretty clear even back in 2014. One of the people we interviewed for this week was Barry Silbert, but this won't be his first time on Real Vision. In fact, he was one of the first experts who was really able to dive into the details. This is what he had to say back in 2014.

BARRY SILBERT: Bitcoin as a technology, people are excited about the potential for not just payments and remittance and this new way of moving money around the world. But the whole concept of this decentralized distributed trust system that eliminates, completely eliminates the need for any intermediaries, any fiduciaries, any custodians, and we're talking about the potential for a complete revamp of the financial system.

AK: This piece was called, The Destructive Power of Bitcoin. And in the five years since, Silbert has been spot on about the disruption. Despite the volatility that came with that disruption, Bitcoin and other currencies have grown immensely. Cryptocurrencies, as a whole, had a market cap of 5 billion back in late 2014. Today, they have a market cap of 250 billion, that's a 5,000% increase. And along the way, from five to 250, they made a stop at 750 billion in market cap. That's a 15,000% increase.

Along the way, we had Tuur Demeester, one of the first guys in the finance research world to talk about Bitcoin as an investment.

TUUR DEMEESTER: I'm known as the first financial newsletter writer to recommend Bitcoin as an investment back in 2012 with the price of $5. I called the top in Bitcoin in late 2013 at $1100. We had a bear market that ensued and then last August at $250, I became bullish again.

AK: Demeester was an early adopter and as cryptocurrencies continued to gain legitimacy in the finance world, institutions started to take notice. In 2015, the CEO of the crypto VC fund, Pantera Capital, Dan Morehead, explained why he left the macro hedge fund world to start a crypto fund. Here is what he had to say.

DAN MOREHEAD: My true passion was always investing in disruptions, whether they were glasnost in Russia or technology in the States. Anytime there's a big disruption, I'd research it and try to invest in it. And Bitcoin is the biggest and most compelling disruption I've seen in my career. And so, I've decided to put all my energies into investing in Bitcoin.

AK: So, the disruption was so big that successful hedge fund managers were drawn out of traditional finance and into crypto. But disruption is deceptive and not everyone is a bull. John Dwyer joined us in 2016 to give us the bear case for Bitcoin.

JOHN DWYER: The other thing that people should understand is that this notion of 51% attack. So, if you have control of 51% of the Bitcoin network, 51% of the power of the network for the miners, this is pretty well understood, then you take control the network, and therefore, Bitcoin as a network loses integrity. The problem with that is all you need to do to do that is have sufficient financial capital to control 51% of the network, and an ideology that you want to disrupt the network.

AK: Bitcoin isn't perfectly secure, which is why some people have a hard time trusting it. But then again, most computer networks are more vulnerable to hacking and manipulation than you might think. Still, crypto's value is undeniable despite the persistent issues and challenges. Assigning concrete value to crypto assets is a whole different ballgame though. Here's Nick Colas discussing how hard it is to value these things and how he looked at the risk reward ratio in 2017.

NICK COLAS: It's a venture capital type of investment, a venture capital type of trajectory. And venture capital works in one of two ways. It either works spectacularly well, or it fails. And we all know that most venture capital fails, so we have to attach some probabilities to that as well. And that's why Bitcoin being only a fraction of total currency outstanding, make some sense, because there's a very good chance that cryptocurrencies, particularly this 1.0 version that we're seeing now, won't be what we eventually end up with. And so, all of these currencies, Bitcoin, Ethereum, Litecoin, all the Bitcoin spinoffs might end up going in the trash heap. But the eventual technology development will still be robust, there still be a lot of growth in cryptocurrencies generally. So, I look at it as a very high risk, potentially high reward, venture capital style payoff investment, versus something that can be put into a traditional asset class.

AK: Okay, so there seems to be some consensus that cryptocurrencies have value, but the question as always, how much? And nobody can seem to agree on that. Just look at crypto's price turn. But what if they're widely adopted? What could the implications of that be? Charles Hoskinson, one of the cofounders of Ethereum explains what the potential changes could be from crypto adoption, and he talks about the potential legacy of crypto technologies.

CHARLES HOSKINSON: So now, what we've done is we have taken a person where their financial life is determined by geography. And we've now put them in the driver's seat of their financial life, they get to make the final say about their portfolio and how they store their assets. And by the way, every single one of these assets are going to be secure, they're going to be well accounted for, they're going to be free of fraud, or a lot more resistant to fraud, they're going to move at the speed of light, that you're going to be able to buy and sell them at a fair price. And there's no longer a siloing effect that occurs where your equities live here, and your bonds live here. And your currencies live there and your commodities there. They're all just treated as the same under the same type of protocol. And they flow just as fast as email.

If we can accomplish that by 2030. I think that the cryptocurrencies will have become the greatest innovation of the last 500 to 1000 years since the invention of banking and the invention of the printing press, that'd just be an amazing future to live in.

AK: So, yeah, the future does sound great, but it's going to take a lot of building to get there. Part of the adoption of these technologies is building services and products that will be used in everyday life, whether you're sending money across borders, or just trying to buy some ramen at 3am. Maxine Ryan talks about why the adoption of these crypto assets might take longer than what was thought.

MAXINE RYAN: We can never predict what's going to happen in the future. I think that people who are very idealistic will be like, well, everybody will be using Bitcoin. You can go to Starbucks, and you can pay with Bitcoin, all this type of stuff. But there is a learning curve to Bitcoin at the moment.

AK: Meanwhile, Dan Morehead and Joey Krug of Pantera Capital joined Real Vision to talk about regulation and how individuals might interact with crypto technologies in the future. Krug talks about how institutions may not be part of the new cryptocurrency infrastructure. Here's Krug's response about whether or not he'll be able to hold his crypto wallet in a retail account.

JOEY KRUG: My way is probably not I think we probably will see sorts of things where you can buy into an ICO on an alternative transaction facility or something. But I don't think we'll see them on like NASI or NASDAQ, at least not any anytime soon just because I think they're such weird assets. They're still using credit and they're all very different and so unique that's really hard to categorize rise them in any box.

DEMEESTER: To me, this is the accumulation phase where value investors they come in and the weak hands hand over their Bitcoin to the strong hands. There's incredible amounts of developments happening. We are seeing more regulatory clarity, obviously, because we're seeing this cleanup process and in the market happening, which is very positive. We're seeing way better custody solutions, we're seeing insurance happening, just all kinds of things that you want to see for Bitcoin to become big and boring is happening right now. And I think that's what's setting up the basis, building the basis for the next big rally in the markets. AK: If you look at this chart of the total market cap of cryptocurrencies since 2010, the picture becomes clear. Over the last decade, you could have made and lost a fortune speculating and investing in these crypto assets. And despite all this noise around crypto, you still got to be careful because it's the Wild West- there's con men, hucksters and all sorts of thing. Whether you think Bitcoin and crypto assets are the future or not, understanding them will help you with your process regardless.

If you want help identifying value, cutting the BS and adding cryptos to your portfolio, then stick with us at Real Vision. I'll talk to you next week.