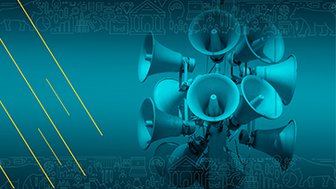 The modern media has become a cacophony of overwhelming and…

For the last decade or so, the stock market has been on an unprecedented bull run. Despite that, not everyone has benefitted to the degree you'd imagine from the longest bull market ever. From finance industry legends to retail investors, the level of skepticism surrounding the stock market surge is pervasive. AK explains why — and touches on what that could mean for the path forward.

AK: In case you haven't been paying attention, the S&P has been on a historic bull run. But not everyone's on board. A lot of the legends of the hedge fund industry are actually cashing in their chips and leaving the casino. Which is weird, because it's a bull market, right? That's supposed to be good for investors. Well, today, we're going to shed some light on why this is the most hated bull market, and how it's completely changed the game. And it's all going down on this week's episode of Real Vision's The One Thing.

One of our recent guests, Brian Reynolds, the former chief strategist at Rosenblatt Securities, sat down with Real Vision to talk about the fuel for this bull market.

BRIAN REYNOLDS: Because the world has changed in the last 3 and 1/2 decades. As I said, the junk market didn't exist when I started in the business. But from the late 1980s on, the junk market began to become a bigger force for this. And that's when we started putting on leverage.

So 40 years ago in the '70s, the average company was highly rated, AA or AAA rated from a credit standpoint. Now we've added so much leverage in the last 40 years, that the average credit quality has gone down to just above junk. That's how much we've levered up corporate America. And if you look at a chart of who's been buying stocks over the last few decades, there's been money going to ETFs, but that's come at the expense of mutual funds. Pensions-- both state and private pensions-- have been large sellers.

So investors as a whole have really done nothing these last three decades. But buybacks have taken an increasing share to the point where they're almost 100% of the buyers of the last decade. In other words, investors have done nothing on a net basis for 10 years. Yeah, they put money into ETFs at the expense of active products. And the result is this daisy chain of money coming in from taxes to pensions going into credit, which is then used to artificially push up stock prices.

AK: We can debate the term artificial here, but leverage credit is definitely a major contributor to this bull market any way you slice it. Reynolds goes on to talk about why, even though equity prices continue to soar, a lot of smart investors have jumped out.

BRIAN REYNOLDS: In the prior cycles, the 1990s with WorldCom and Enron, the next cycle was subprime, we did it purely with leverage. But now, we're doing with increased taxes. Because until Detroit went bankrupt, nobody really cared about pensions, because most state constitutions guarantee pensions. Once you give a pension to a police officer, firefighter, teacher, you can't cut it, you can't eliminate it. You just have to keep providing for that pension.

And since most pensions are only about 2/3 funded, that sent shockwaves through the public labor union movement. And since then, they've gone to every major state, and every major state since then has either raised or is thinking of raising taxes to try and narrow this funding gap in our pension system. And the result is overwhelming.

Every month, I tracked pension votes going into credit from these new tax flows. The chart I do goes up and to the right. It's now growing faster than the average annual value of the federal tax cut that was passed in 2017. In other words, we did a trillion tax cut over 10 years. That's $100 billion a year. State and local taxes just for pensions are now growing at more than $115 billion a year.

So fiscal policy is actually negative now. That's one more reason why the economy's cooling. But this money goes into levered credit. And it comes back on the stock market with five times the buybacks, because that's the leverage they start to employ. And so if you're fundamentally based investor, you're looking at is historically slow economy relative to prior decades and prior economic cycles.

Yet we're putting more money to work than ever and credit and doing it on a leverage basis. So you get one of the greatest stock market bull markets in history.

AK: That everyone hates.

BRIAN REYNOLDS: That everyone hates, because it's way outpaced the economic fundamentals, because of these new inflows of money at the state and local level.

AK: The everyone they're referring to includes some of the guests we've had on Real Vision. Sven Henrich, the founder of Northmantrader, paints a similar picture. He listed three drivers of this hated bull market.

SVEN HENRICH: Well, it's very simple. We've got basically three drivers. The first and most obvious driver was central banker capitulation. Obviously, we came from a period where the Federal Reserve claimed they were on autopilot, and the balance sheet roll off. They were projecting rate hikes for 2019, and obviously, caved on every single aspect of that.

And it brings back the same spiel basically, that we've seen in equity markets for the past 10 years. You know, you see a little bit of trouble in the equity markets. In this case, maybe a bit more serious trouble, because we got a 20% correction. In then immediately, central banks back off or intervene. In this case, they backed off, completely reversed policy. And that had a dramatic effect on expectations, on rates. And of course, getting back into the regular mode of, OK, central banks have our backs, and therefore, we rally back into equity markets.

It's been really a well documented script that we've had in markets now since the financial crisis. And hence, every corrective activity doesn't last very long.

SVEN HENRICH: The second aspect, of course, is also the amazing amount of jawboning that we've seen on the side of the administration with regards to dangling a China deal, right? Because a lot of the growth slowdown globally is now blamed on trade wars, if you will. And so there is hope that a China trade deal will miraculously return the growth curve around.

And we've seen it. I mean, you see me-- many of you may have seen me on Twitter documenting it. And others too, as well. You know, you see constant headline coming out-- well, we had a phone call tonight, or there's going to be a phone call tomorrow. And the algos react to that. Or they have been reacting for a long time in this first quarter.

AK: Sound familiar? Yeah, it's another example of the market capitulating to the narrative. OK, time for number three.

SVEN HENRICH: And then of course, the third aspect is buybacks. Record buybacks. We had $270 billion in buybacks in the first quarter. Mind you, we had a record buybacks last year as well, and that did not stop selling at the end of the day. But when you see, again, an environment where you have low volume being predominantly marking the landscape, buybacks obviously make a difference, because they maintain a steady bid in the market.

AK: All right, let's round out the reasons why so many smart folks do not like this market. Reason one is because of all the leveraged credit that's been fueling this bull market, even as its credit worthiness has dropped. And on top of that, we have all this passive investing through indexation of ETFs that are also coming in.

Reason number two is that states have been trying to close the gap between funded and unfunded pension liabilities by raising taxes. While at the same time, they keep running larger and larger budget deficits. Number three, center banks have been employing this easy money policy that has convinced people that any corrective action the market will be fought with monetary policy. Four, narrative capitulation has helped strengthen conviction in those expectations.

Five are buybacks, which are completely legal, but they pretty much blinded CEOs and investors to what's actually important in building and running a business. The original reason to invest in the company was because of its potential dividends and growth. But in 2019, investing is all about suspending your belief, and just investing with the CEO who has the biggest appetite for his own stock.

So no, this bull market is not hated just because it continues to go up and a bunch of smart people were wrong. It's the drivers of the rally that everyone hates. It's missing what makes a good bull market. Nothing would be better than a bull market born out of sound fundamentals, strong economic growth, or a new industry. But you've got to work with what you got. And if you want to learn more about navigating this hated bull market, then make sure you subscribe to Real Vision. I'll talk to you next week.