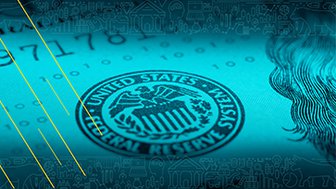 When a hedge fund legend tells you how he's planning…

So what's behind the run, and is there still a case for buying in at these levels? AK walks viewers through some of the ways that Real Vision's guests are making sense of the yellow metal now.

AK: If you want to get an argument with someone, just tell them what you think about gold. For some reason gold inspires a passion that's usually reserved for debates about socialism. So today, let's have some fun and talk about gold. So far, it's up 16% of the last year putting the stock market's performance to shame. But why are prices rising? And how much farther is it going to go? Well, that's what we're going to talk about on this week's episode of Real Vision's The One Thing.

What's going on, investors? AK here. We've heard a lot about gold on Real Vision lately, and some of that coverage was because of our recent Recession Watch Special. Because, of course, when people talk about recessions or financial crises, they're going to bring up gold. Dan Tapiero of Gold Bullion International explained why that is.

AK: It's that simple. When the stocks and bonds go down, people expect gold to rise or at least maintain its value. Luke Gromen explains that phenomenon.

AK: Luke isn't alone in that line of thinking either. Here's what Raoul Pal said about gold in his piece kicking off recession watch.

RAOUL PAL: Gold is an option on the end game. So, if we are going to go to extreme monetary policy, which looks like I've walked you through a set of pretty easy probabilities that that could happen in the next 18 months, well then gold has to go higher. Now, sure, if the dollar goes higher, gold's going to come back a bit, but over time, I think the dollar and gold go higher, and gold goes a lot higher over the longer run. And it's now acting as that probability on this end game.

AK: Now, when you're talking about a strengthening dollar, you're talking about a dollar that's gaining value against other currencies. But gold can gain value even faster. In that scenario, gold can keep rising even as the dollar rises too. Greg Weldon discussed a dynamic around the world where countries are trying to create inflation and growth by devaluing their currencies. And as he explains, that could be a dream scenario for gold.

GREG WELDON: Would it make sense that gold is appreciating at all paper currencies, because essentially, what you really have going on here, at the end of the day, the most base case, at the instinctive level is a growing uncertainty, fear and even mistrust around all paper. They're just going to keep printing more and more paper every time there's an issue around disinflation, deflation. Well, at some point, there is a level of uncertainty and anxiety around all that paper. And it is IOUs. Currencies, sovereign debt, it's all the same, it's an IOU. And it's kind of cliche, but it is powerful. And it's true, the dynamic around gold being an offset to all of this paper that they just keep printing.

CHRISTOPHE OLLARI: I am obviously- I've never been as bullish as in the past on gold. I was bullish when we met in March, and gold was trading $1,300. I still believe that real yields will go further lower. And I still believe that- because you can have so much cash injection, plus a currency, a wall between all the central banks trying to put pressure on their respective currencies, so you have the risk of debasement of the fiat currencies, I think that gold has got a good mix in front of it.

ROGER HIRST: And what target are you looking for on that?

CHRISTOPHE OLLARI: I remember my first target was $1,500. And so, I will keep it like that for everyone, but I think it's going to go higher.

AK: So, how do you play it? If you agree with Christophe, you can't go wrong buying physical gold. Well, there's always gold contracts like the GLD ETF. And there's Gold Miner ETFs too, like GDX. But if you're trying to hedge against the financial Apocalypse, then those aren't necessarily going to help you, but at least they keep you from having to carry around your fortunate in your mouth. Steve Strazza talks about the Gold Miners ETF in a recent Trade Ideas segment.

STEVE STRAZZA: If you're going to hold on long term, and all the risk appetite indicators that we're talking about and silver and the dollar rolls over and everything plays out the way we want it to, I think yeah, you can continue buying weakness all the way back to all-time highs. And that could be a while. There's other more tactical ways to play it. If you want to wait for prices to potentially retrace back to our risk level closer to 2525, 2550 and you can get long there again and play a tactical trade just back up to 2016's highs. And then we also have a 62% Fibonacci retracement, which I have in the GDX chart, you could also use that as a price target.

So, there's a couple different ways that you can play this. But I think the bottom line is that this is a brand new secular bull market. So it's going to take some time to play out. There's going to be some backing and filling and we could be buying weakness and betting on much higher prices over the long term if we're patient.

GREG WELDON: 30 years in doing this, I'm telling you, it's one of the most reliable patterns when you get a long-term trend breakout. And it seems like it's running out of steam and it comes down, it might even make a lower low, but it holds above the violated trend line.

That's huge, that retest on the backside, particularly when it lays out right in the zone between the 50% and 61% Fibonacci retracements, in the meantime, you get back over the 2-Year Moving Average, which is now, accelerating to the upside and making a new high in line with price, a very bullish dynamic. And this is long-term stuff, man, here. Look at the 52-Week and the 2-Year Moving Averages crossing over here as well. Very bullish. The GDX would be the trade here in terms of what trade we're putting on here, one of them, GDX would be an option. And frankly, you just plow right in here, because the risk reward is still quite favorable.

AK: Of course, even if you don't know which way gold is going to go next, there might still be reason to get in. Just ask Rick Rule.

RICK RULE: I own gold personally, for reasons of fear, not greed.

AK: Simon Mikhailovich puts a more optimistic spin on it. Remember how we talked about gold maintaining its value and everything else is falling? That means that those who hold gold might be able to jump on opportunities that arise later.

SIMON MIKHAILOVICH: I see gold not only as a panic type thing, where the Armageddon, I see it as a strategic liquidity reserve that can A, help you survive, but it can also make you much wealthier than you are by giving you options and opportunities when other people have no options and no opportunities and they're forced down the path of selling off what they have just to meet their obligation.

AK: So, there you have it, gold can work in a recession, an apocalypse or even a central bank money printing palooza. No wonder people have been piling into it this year. And if you want some more ammo for your gold debates, then consider subscribing to Real Vision. You can watch all these interviews in their full length there. I'll talk to you next week.