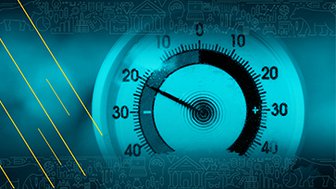 With central banks all over the world turning to unconventional…

Passive investments have seen a huge surge in assets and interest over the past decade. But are significant risks now being ignored? AK takes a look.

AK: One of the biggest trends in finance over the last two decades has been the shift from picking stocks to just hugging the index. Trillions of dollars have fled mutual funds and flooded into ETFs. Investors just love low-cost diversification, but in a world full of ETFs, are they ignoring the risk? That's what we're going to talk about on this week's episode of The One Thing.

What's going on, investors? AK here. Out of every dollar invested in America, $0.50 is held in a passive fund. According to Morningstar, this summer, passively managed assets have caught up to actively managed assets for the first time ever. That's a huge change to the way financial markets work, and a lot of smart people are saying that we're not paying attention to the risks that go along with that. Here's portfolio manager Hari Krishnan with his view.

AK: Well, there you have it. I'll talk to you next week. No, I'm kidding. There's more to this story. Here's Harry again.

HARI KRISHNAN: ETFs are kind of chameleons, especially bond ETFs. The reference basket is a set of bonds, but they trade like shares. So people can easily get confused.

And I've been a victim to this, too, looking at the realized vol of something like the HYG, which has historically been about 3%, at least since the recent bull market, and saying, oh, this is a stock, effectively, that spits out a high dividend and that can be traded in and out, intraday, with a refreshed quote every 15 seconds or so. And so all sorts of strategies that you wouldn't think would be possible in the bond market are now suddenly possible trading the HYG.

This is a mistake. And the reason it's a mistake-- and I want to pound home this point-- that realized vol is not a true barometer of risk.

AK: So the markets love it because it gives people a way to invest that was previously unavailable to most. HYG, the high-yield corporate bond ETF, is a great example of this. Back in the '70s, retail investors had no chance investing in a diversified basket of junk bonds. So that's the bright side.

But what Hari means by chameleon is that when it comes to ETFs, things aren't always what they seem. On a daily, or even annual, basis, HYG basically does what it says. It rises and falls based on corporate bond yields. And that's pretty impressive because those bonds can be really hard to find and trade.

But in a really bad market environment, this feature can begin to look like a bug. So let's say someone, or a group of people, try to sell a bunch of that ETF all at once. Well, that sudden liquidity mismatch could cause prices to fall much faster than holders would expect.

HARI KRISHNAN: I feel there are lots of hidden dangers. I'm worried about the embedded arbitrage mechanism in ETFs, the illusion that ETFs trade like shares, even when their reference basket is bonds. And if you put that toxic mix together, you can follow through a sequence which would lead to a fairly significant series of cascading sales, which would be a eight to 10 standard deviation move, not that that's meaningful, in the high yield bond markets.

It could happen very quickly. So will it happen tomorrow? I don't know. But what I'm focused on is random shocks of normal size leading to sequences of sell-offs that can be incrementally tracked as they go through the system.

AK: So let me give you an example. Let's say that, one day, I promise to cook you a lasagna. Well, on Tuesday, you wake up hungry, and you want your lasagna right now. The problem is is that I never thought you would want lasagna for breakfast. So now I'm slapping together whatever ingredients I have in my cupboard, and the lasagna you were looking forward to looks more like a half-baked macaroni casserole or something.

So in the same way, a huge drop in the price of HYG could cause a hunt for the underlying assets, which are inherently hard to find. And as a result, the decline in the share price could cause a huge decrease in the ETF's value. In a recent interview, venture capitalist Josh Wolfe touched on this liquidity illusion.

JOSH WOLFE: You have the illusion of liquidity because you have daily trading and ETFs, and they're marked on a daily basis. But the underlyings suddenly might be illiquid. And so I think that there's real risk of permanent impairment, which is the true measure of risk, of principle.

So if that happens and retirees start saying, wait a second, you know what, let me go to cash, let me get out of these bond funds that I thought was safe, that creates a problem. Well, they also might need to sell a lot of equity funds. Now, in both asset classes, you've had a shift from active to passive.

So I actually think it's a great time, probably, for active managers who can actually do security selection and determine. Because the simple algorithm for all of these things was dollar in, buy. And now, it's going to be dollar out, sell, which means some of the good stuff is going to be sold indiscriminately. So people are pushed out on the yield curve. They're taking more and more illiquidity risk, and they don't realize it.

AK: Some people say that this dynamic will eventually lead to money flowing back into active funds, especially when the market cycle gets tougher. Check out what Anthony Scaramucci has to say about it.

ANTHONY SCARAMUCCI: Oh, it's totally understandable that things flooded in that direction because you had a zero interest rate policy and quantitative easing, and everyone flooded into ETFs and passive investing. And so people were going for growth. Those stocks were exhibiting growth, even though that they've got high multiples to book and high earnings per share. In some cases, some of those companies don't even make any money, like at Tesla.

LARRY MCDONALD: And you've got a front row seat on this.

ANTHONY SCARAMUCCI: Well, that's why I'm in structured credit. That's why I'm sitting heavily in structured credit. Because when it goes, when this thing blows-- and if it doesn't ever blow, that's OK too because the society's becoming wealthier and wealthier, and SkyBridge will do well-- but my job at SkyBridge is to protect people's capital and to grow it nicely, not to bet the farm for those people. And so what will end up happening is when it does blow, you'll have a great unwinding.

LARRY MCDONALD: So the money will move-- so let's just say--

ANTHONY SCARAMUCCI: You're going to break some of these ETFs. You know that, right?

ANTHONY SCARAMUCCI: Those ETFs are not sustainable if there's a huge market [? breach. ?]

AK: So in the event of a liquidity crisis ETFs could break.

And then you've got those trillions of dollars that move from active passive. They're all at risk. But it's worth noting the Scaramucci is in the fund of funds business. So of course, he's hoping that active investing will pick up again. So you might want to take that warning with a pinch of salt, just like that lasagna.

But considering the risk of a recession out there, you might want to take some time to figure out how your ETFs and ETNs actually work. And if you want to learn more about this battle between passive and active investing, then make sure you subscribe to Real Vision. I'll talk to you next week.