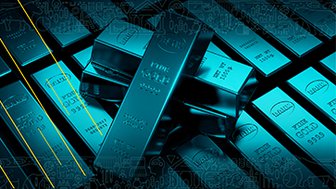 Dr. Thomas Kaplan argues that the macro and micro stars…

DREW BESSETTE: Over the past few years, Mike Green has interviewed a litany of brilliant minds for Real Vision. For me, and I'm sure a lot of Real Vision fans, Mike is a polymath. He's a real renaissance man. The da Vinci, a real niche. You don't have to take my word for it, just watched any of the interviews he's done for us. The depth of both his curiosity and his knowledge are self-evident. He's talked to Marco Popovich, Josh Wolfe, Chris Cole and Sri Thiruvadanthai about everything from geopolitics to the indemnification of the financial industry and economic theory. We're fortunate to have him and last week, Mike sat down with Real Vision CEO, Raoul Pal, in a long awaited interview. Today, we're going to break down that conversation, connect the dots.

What's going on, investors? Drew here. The recent interview between Raoul and Mike Green is phenomenal. Throughout his repertoire of interviews, Green has honed in on the rise of passive Investments but we need to understand the math behind how the proliferation of massive investments has actually impacted financial markets. Here's Mike explaining how far these passive strategies have penetrated the market.

MIKE GREEN: When we think about the dynamics of passive, like most people don't understand how big this has gotten. You are forced to confront the very simple assumptions that are made behind it. If you go back to the origins of the theoretical defenses, which are built on the ideas of efficient market hypothesis or the work of modern portfolio theory, Bill Sharpe's original work, and the real defense of passive, the outperformance of passive argument comes from the paper written by Bill Sharpe in 1991, called The Arithmetic of Active Management. His point is, is that in a market that is complete, in which all assets are owned simultaneously by passive investors and by active investors, by definition, they have to be functionally the same, some active managers may own Apple and some may own IBM, but in aggregate, they have to own them in the same proportion to what they represent in terms of market cap.

The ideas that are embedded in the arithmetic of active management, the assumptions, the simplifying assumptions that make the model tractable so it can be solved include things like you never transact. That's just absurd. Because we inhabit a world now, where almost 90% of the transactions that occur in the stock market, in one form or another, involve a passive entity.

MIKE GREEN: It was functionally zero. JP Morgan actually came out with some analysis a couple of years ago that looks at this underlying dynamic. If we go back as recently as 2006, you would have seen the market where 70% of the transactions involved the fundamental player in one form or another. Now, it's 90% involved passive, involve some form of an index representation. It's just been this really, really dramatic change. It's occurred, US equities are the most advanced in this type of impact, but it's also morphed into the rest of the world. We've seen this on a broad basis.

DREW BESSETTE: Bill Sharpe had a great idea based on previous models and like humans always do, he extrapolated within an underlying heuristic, or a rule of thumb. The thing about rules of thumb is that like the pirate code, they're more guidelines than rules. When you build a rules based model with assumptions built in, a.k.a. the only model, they're subject to a degree of it. Every model acknowledges this in some form or another.

Ever heard of Ben Hans Epsilon theory? In scientific theory, Epsilon is the Greek symbol for the error that appears in models. When these models work, or at least work well enough, they inform the behavior of the market participants that use them. When the majority of the market starts using those models, the tail starts to wag the dog. It creates a feedback loop that actually decreases the model's accuracy, and therefore its usefulness.

When a models proliferation begins to change the structure of my markets, mechanisms for price discovery and the traditional conception of a free market gets thrown out the window. It dislocates the market from the real world because the behavior based on the model suddenly turns into an unaccounted for variables. This is the meta game, and it's very important to understand what's actually going on in financial. Here's Mike explaining further.

MIKE GREEN: The goal of active managers, we talked about this dynamic of figure out prices, what I think the price should be in advance, so that I'm prepared to provide liquidity. If they become so small that their ability to provide capital is overwhelmed by the systematic and passive strategies, they simply say, hey, I presume that I can tap the market for liquidity and you can get market behavior that becomes extraordinary.

RAOUL PAL: At what point do we get to the tipping point where passive becomes everything? We talked about this before where prices could almost be infinite in the right market setup. Talk a bit about that, because I think, again, that that's not something people understand. Because people think of this as a return to the main opportunity, and we just have to wait it out and your view's different.

MIKE GREEN: Yeah. No. The way that I think about it, first of all, when I try to model this stuff, typically what I'll do and certainly what I've done in this situation is I'll effectively program agents. Create individual agents to simulate a trading environment against themselves. Again, I realized that I'm simplifying with rules and models but the output from this very closely mirrors what we're seeing in this valuation inflation component.

When you have what we have today, which is more than 100% of the money that is going into the market is coming in in the form of passive and all the money that's coming out is coming out of the active space, if I run a simulation that replicates that, it's once we cross about 50% passive, the market becomes discontinuous. The way to think about this is it's not how much do I have to pay active managers to set prices? It's really how much capital do discretionary active managers have to have in order to provide liquidity to the market.

DREW BESSETTE: Mike is talking about uncharted waters, the markets have never experienced this new passive variable before. What are the consequences of an entirely new factor for these discount models to account for, or perhaps do we just throw out discounted cash flow models entirely? Well, my guess is increase volatility as market participants discovered new heuristics and inevitably make mistakes, and then adjust.

Answering the question, what does that volatility mean, and how it manifests itself are bigger bites than I can chew. You'll have to catch the full hour long interview to hear all the details from Mike. If you want to see how one of the brightest minds in finance thinks about the problem with passive investments, or you just want to learn how to profit off whatever's coming next, stick with us at Real Vision. I'll talk to you next week.