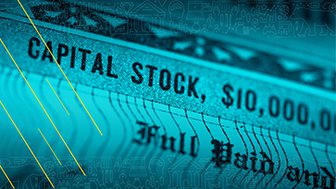 A decade out from the financial crisis, have we just…

On the second episode of "The One Thing" back in October 2018, we looked at the trade tensions between the U.S. and China. With markets reacting to a slew of Trump tweets on the topic, the landscape has now changed. This week, AK explains what this shifting landscape might mean for investors.

AK: Way back when we started this show, one of the first topics we covered was Trump and the Chinese trade deal. Well, here we are a month later, and it's still the one thing. Considering the new tariff announcements and the trade deal being seemingly on hold, we figured now was a good time to update you. So that's exactly what we're going to do on this week's episode of Real Vision's, The One Thing.

What's going on, investors, AK, here. Back in October in an episode, we analyzed if trade wars were easy, and how there could only be one winner, like the Highlander.

Well, here we are in May. And for most of 2019, the market was pricing everything as if the trade deal went through until on Cinco de Mayo when Trump tweeted, "For 10 months, China has been paying tariffs to the US of 25% on $50 billion of high tech and 10% on $200 billion of other goods. These payments are partially responsible for our great economic results. The 10% will go up to 25% on Friday, $325 billion."

After the tweet, China was the first major market to react. The Shanghai Composite Index fell over 5.5%, while the S&P didn't even move. To put that into perspective, the S&P has only had a one-day drop that bad once since 2008.

A nearly 6% move off a tweet-- I mean, that really shows you how important this trade deal is to investors' perceptions of China. Recently, Kyle Bass stopped by Real Vision to give his thoughts on the sticky currency situation the Chinese find themselves in.

KYLE BASS: The way that we look at China-- the way that I think the world must look at China is, again, we have the presentation here where we have two worlds. You have China's world, and then you have the rest of the world. And that's how China looks at it too. They have a domestic world that they control. They control everything. They control the price level and the narrative and the printing press and the police.

AK: OK, so Kyle Bass thinks that China is in between a rock and a hard place. But for now, they have the tools to walk that thin line. So what changes that? And how does this actually matter? Does it have anything to do with the trade deal?

KYLE BASS: And if you and I were the Chinese, what we would do exactly what the Chinese did in their first overture to our negotiating team. All they said was we will eliminate our trade imbalance with you over a six-year period. It was brilliant in a number of ways. It looks like it gives Trump a win.

They only have, potentially, two more years of Trump anyway. So they're just trying to wait him out. We've been in these trade negotiations for a long time. If you think about when we first started engaging in trade negotiations with China when Xi was at Mar-a-Lago-- what's happened since that day? Not a damn thing. They're just playing the waiting game.

AK: So Kyle Bass says that the situation in China is a dire one. But there are plenty of others that disagree. Recently, Stephanie Pomboy stopped by Real Vision to give her thoughts on the Chinese situation.

STEPHANIE POMBOY: I do still think that China, with reference to my views on Asia, continues to be underestimated. And it's amazing to me that there was all this consternation about their reliance on exports, and how they really need to develop a self-sustaining internal economy.

And they're doing that, which, by definition, will entails taking some hits in the transition. And yet, the moment their economy starts to slow a little bit. As they're engineering this transition, people get hysterical that it's, oh, my god, China, they're going to cease to exist.

Now, their data disappear from the face of the planet. Meanwhile, they're focused on this very long-term path. And their Xi doesn't have to worry about being re-elected in two years.

STEPHANIE POMBOY: So he can take that long-term perspective and take some pain in the near term to get where he wants to be. So I still think China is underestimated. I still like it. Obviously, there's plenty of volatility there if you want to get your blood pressure going.

AK: So even though Pomboy had a lot more confidence in the Chinese being able to overcome their economic challenges, she still admits that they're there. In Pomboy's words, Kyle Bass definitely wants to get his blood pressure going, which is why he painted the doom and gloom picture for China.

So let's round up what we know. The global markets priced everything as if the trade deal was a sure thing. But Trump's Cinco de Mayo tweets shattered those expectations. And the Chinese market reacted appropriately, while the US market didn't even move yet.

Now, I can't tell you what the next thing to move the markets will be. But what I can tell you is that it's a fluid situation. So if you want to track that move, then make sure you subscribe to Real Vision. I'll talk to you next week.