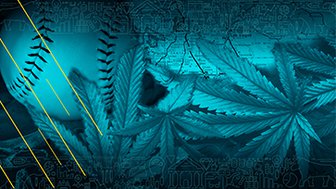 The news is full of stories about China. Whether it's trade wars, African Swine Fever, or the Hong Kong protests, AK and the experts drill down on what all the noise is building up to and what the endgame for China might be. Learn more about Macro Insiders here: http://www.realvision.com/macro-insiders

AK: There's been a lot of talk about China lately. From protests to pork shortages to trade wars, there's a lot of factors at play. What's actually important? How do you make sense of it? What are the potential outcomes in a conflict between the US and China? Well, we're going to talk about all that and more on this week's episode of Real Vision's The One Thing.

What's going on, investors? AK here. Recently, Real Vision has featured a lot of different views on China. We've had experts come in and discuss the different geopolitical, economic and technological aspects of this conflict. Now, they're all focused on different factors, but the common theme between them is that they're all very skeptical and they approach it from an unconventional viewpoint, which is refreshing in a world where most investors are hugging the indices and following the consensus. These alternative views can help identify moneymaking opportunities.

Now, even though the media just covers Trump's tweets in the tariffs, the trade wars actually have more to do than just with trade. Our experts agree that not everything is being a reported, but they disagree on what's actually important and what the actual issues are. Chris Balding sat down with Real Vision to talk about his experience living in China and how things changed while he was there.

AK: Balding is saying that China is in a much different situation now compared to even 5 or 10 years ago. What are the changes that make the mainstream narrative wrong? Well, everyone's heard about China devaluing their currency, but Balding points to something else on the macro level that's the true cause for the changes he's seeing in China.

CHRISTOPHER BALDING: I think that is probably one of the biggest things that is missed in everything that's being discussed about China is Xi is almost, in my estimation, singularly focused on not just the collapse of China, but the accompanying numerology that is there right now. One of the ones is-- and I might be wrong on the name of the plan, but I believe leave it was the Soviet Union was on its 13th 5-year plan, and China is in the middle or near the end of its 13th 5-year plan right now, and the Soviet Union did not see a 14th. Xi is singularly focused on not just having a 14th, but on making sure that he does not replicate what he sees as the errors of the Soviet Union that led to its demise, specifically, opening and liberalization.

AK: By trying to avoid the problems of the Soviet Union, Xi is leading China into unknown waters. Meanwhile, Marko Papic argues that not only is the mainstream misunderstanding China and its modus, but they're underestimating the capabilities of a fully mobilized China, too. Here is Marko explaining why the US might be vulnerable on its perch as a global hegemon.

MARKO PAPIC: I would disagree with that. I would disagree with that, just because size of your military is irrelevant today. The other problem that the US has, is that the US has over the last 30 years really focused on beating the crap out of very weak countries. Take the aircraft carrier, aircraft carrier is a beautiful piece of technology if you're going to bomb Serbia. But if you're going to fight China, what you've just done is you put all your eggs in one beautiful basket that costs about $20 billion, and can be shredded into link weenie by hypersonic cruise missiles, which China has and which is it's developing.

AK: Now, he's not saying that the US is going to go to war with China. He says that China not only challenges us economically, but militarily as well. Okay, so if we're not going to war with China, then what does this mean and what do they want? Here is Marko's answer.

MARKO PAPIC: The global hegemony may be out of reach for China, and I think it will be. There might be this moment over the next decade where China has managed to get regional hegemony and goes for broke, goes for global, and that's where they will potentially fail. I think we're one step removed from that, and I think they're currently focused on regional hegemony, and that's why it does make sense to delay their confrontation with the US.

AK: Marko thinks that China will try to establish a regional hegemony, and in some ways, they're already a good portion of the way to achieving that. What are the consequences of a regionalized China and more skirmishes? Marko explains that if it leads to a military confrontation, technology will be the factor that decides the outcome. Ian Bremmer joined us to explain how technology will determine the fate of our next conflict.

IAN BREMMER: Well, I mean, certainly people are moving and ideas are moving and capital is moving around the world faster and faster. The most important point is the most advanced part of our economy, which is technology-- chips, 5G, big data, the cloud. There, we actually see globalization literally falling apart. We see two completely different competitive systems, one being driven by the Chinese, the other largely being driven by the Americans, and they don't interact.

Everyone's complaining right now in China that the Americans are trying to get rid of Huawei, which is their major technology company driving 5G. If you're Amazon or Google, which are functionally American monopolies in their space, they don't even have access in the world's largest internet market, China. That's not globalization. That's not the world wide web. That's a splinter net and it's completely different from what advocates of globalization and the free market were hoping was going to happen in the 21st century.

AK: He sees a world where technology actually pushes us further apart. If China can establish a regional hegemony, then it would make sense that each country would dominate their respective technological spheres of influence. Between all the things that our experts said, there is no clear outcome of the conflict between China and the US. Luckily for us, Mike Green puts it all into perspective for us quite nicely.

MIKE GREEN: Yeah. Unfortunately, I see these dynamics playing out very, very similarly. One of the alternate takes, so I would argue two primary narratives. Three. One is China's the future. This is the Joe Biden articulation, which is difficult to square with many of the facts on the ground, but certainly remains, I would argue, the consensus view.

The second one is that no, China is not the future, but it's going to manage it similarly to Japan, that it's going to have a step down in growth, that it's going to age and therefore have deflationary pressures, and probably an appreciation of the yuan as they seek financial power and global power in terms of the financial sphere as compared to the manufacturing or outright growth. Then the third one is the China collapse model.

AK: Maybe all these things is like a full blown war, the collapse of the CCP won't happen anytime soon, but the risks are out there. Whether you agree with our experts or not, you got to think about the potential impact on your portfolio. If you want to help tracking those risks and identifying new ones that may pop up, subscribe to Real Vision. I'll talk to you next week.