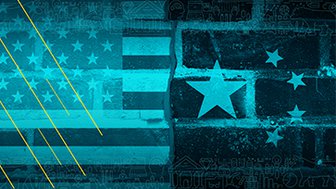 On the second episode of "The One Thing" back in…

Oil is one of the most important commodities to the global economy, but the oil price doesn't always move with markets. This week, AK and a string of experts run down the crucial factors to the price of oil and discuss why oil could be poised for a volatile future.

AK: Here in Real Vision, we love looking at asset prices and discussing valuations and bubbles. Now, there's a few assets that seem to march to the beat of their own drop. And one of those assets is oil. For some reason, oil doesn't move like stocks or bonds do. Like last week, we talked about trade wars, which has led to a trillion dollars in equity losses worldwide. But what does oil do in the same period? Well, it actually traded up. So, today, we're going to look at the price of oil and what affects it in both the short and the long run. And it's all going down on this week's episode of Real Vision's The One Thing.

What's going on, investors? AK here. Whether it be geopolitical considerations or supply demand dynamics, oil is central to the global market. Now, of course, the media loves to oversimplify things, and oil is no exception. You will often hear the Saudis and their OPEC cartel raise the price of oil. But that's not reality. While the Saudis and OPEC do a player role in the price of oil, they're just one component of the whole picture that affects it.

According to the US Energy Information Administration, for the first time ever, the US produced the most crude oil in the world in 2018. So, as the control over the production of oil has become more fragmented, the factors that affect oil prices have become more complicated. So, Real Vision invited Diego Parrilla to discuss that fragmentation and how it's affected the oil price.

DIEGO PARRILLA: What we've seen is a true roller coaster in prices over the past five years. We saw $120 oil going all the way to sub-30. But even in the last year, we've seen crude going from closer to $85 to $50. This, there are a number of drivers that we'll discuss in more detail, not only micro supply and demand driven, but also macro. But beyond the price action in the frontend, I think I'd like to highlight a couple of things which may not be on the radar for most of the viewers.

The first one is long term prices. So, what we've seen is that whilst the front has had in the last year, a $35, range, call it 32- sorry, 52 to 85. The long-term prices, the five-year forwards have had a much, much narrower move closer to about $10, somewhere in the high 50s to the high 60s. Now, this is critical to understand that is a major change relative to previous past moves. What the market is really telling you is this dynamic that I've described earlier with the inventories, a scenario where the long-term prices are more anchored to the 60-odd, around $60 a barrel. It's been influenced by a number of things, but very heavily, by the shale producers.

AK: So, oil has been volatile. But clearly, it's not following the same path as S&P. Look at this chart of oil versus the general market. Tony Greer recently joined Real Vision to discuss the factors that helped price oil worldwide.

TONY GREER: We are now on the other side of May, all the refiners have switched over and oil should go back to trading on its own now. But what's happening is that it's being affected by tremendous geopolitical forces right all over the place. First, the US is sanctioning Iran to zero. And you can tell that that is choking them out economically because of their reaction. Iran turned to the EU and said you've got 60 days to honor Iraqi oil contracts and banking contracts. Or we're going to go right ahead and start enriching uranium.

So, they've gone nuclear option officially, right. And now, it's just a threat. And it's something they're talking about 60 days out. So, they're giving Europe a chance to comply. But what they're trying to do is get their economy off of the death bed at the moment. I really believe that. So, they're trying to open up their pipelines. And that to me, lends you to believe that we may have some sort of a saber-rattling upside spike in oil, right? If the EU doesn't want to comply, and the US continues to sanction, and Iran wants to make a little bit more noise.

You can see how they could do something like cut off the Strait of Hormuz, which is a typical price spiker, right, if oil is not going to flow freely in the Middle East, then the price is going to go up as people scramble to get oil from different locations. So, that's a bullish factor in my mind.

AK: So, geopolitical considerations and seasonal supply and demand shifts are major factors that will affect the oil price going forward. According to Greer, it looks like we're due for a short-term bump in prices. And he's not the only one who thinks that. Greg Agran sat down with Greer to discuss the next move in oil.

GREG AGRAN: So, the demand I think has probably surprised the market. It's been better than what people expected, and I think that's a big reason the market's gone where it's gone. The OPEC's always going to throttle production. I feel like the US growth in production which went crazy from like 8 million to 10 million, then repeat to 10 million and it came all the way back to just over nine and now, it's like rocketed back from nine up to like 11 and change. And so, but I feel like we- so to speak, got the easy barrels. I think the next million barrels will be a lot harder than the last million barrels.

I think that there's a good- I think at $70 TI, we'll get another million barrels. But it'll take longer, and it won't be $48 a barrel and maybe a $55 a barrel and we'll continue to invest in new pipe, which is a big, big constraint in the US right now- is not just can we find Bakken crude, or can we find Permian crude? It's can we find Permian crude and get it to the Gulf? Or get it to Chicago if we can't get it anywhere to market it and it's not worth it.

AK: Oil is a rare bird that matters to everyone and everything. But not everything matters to oil. It's not always straightforward when you're looking at it and it doesn't move with the economy or risk on but it's very important. Everything including growth, inflation, geopolitics, corporate margins- they're all baked into the price of oil. With these geopolitical externalities created by Iran sanctions and trade wars and everything else crazy going on in the world, oil is set up for a volatile, immediate future and there is definitely money to be made in this volatility. And if you want help doing that, make sure you subscribe to Real Vision. I'll talk to you next week.