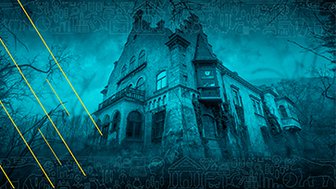 Since 2008, the housing market has rebounded and is in…

A decade out from the financial crisis, have we just kicked the can down the road? AK takes aim at one of the major contributors to the 2008 financial crisis — financialization. He asks: "How does it work?" "What are the knock-on effects?" and "Why should I care?" on this week's episode of Real Vision's "The One Thing."

AK: Last week we talked about housing and figured out that it's financialization that has caused prices to become so high. But housing isn't the only thing that's been financialized. It seems like the whole economy is going through it. And just like housing, the effects are not great for your average person. And it might be leading us down a dark path. And we're going to talk about that today on Real Vision's The One Thing.

What's going on, investors? AK here. One of the biggest ironies today is how we solved the great financial crisis, which was caused by extreme over-leverage and out-of-control financial products. Because the way we solved it was by making money cheaper than ever. And that cheaper money has just led to widespread financialization.

Now we hear that word a lot. But what does it actually mean? Here's Simon Mikhailovich to explain it.

SIMON MIKHAILOVICH: Financialization of money in banking. When money stops being real, it becomes an unlimited-- it comes to be in unlimited supply, perverts the incentives in banking industry. And that's-- now we're talking about how that flows into the real industry and into the real economy.

AK: So it's a banking thing?

SIMON MIKHAILOVICH: Banking. Yeah. It's what used to be called banking.

SIMON MIKHAILOVICH: Right. Well, as the money became soft, and as the ability of banks-- or as the focus of banks has focused-- or has shifted into transactional mode from the relationship mode and long-term mode. And as the capital constraints on the banks lend started getting looser and looser, banks started coming-- not started. Banks start, always-- coming up with better, faster ways to make money.

So what happens in financialization with access of money, all of a sudden the prices of assets start going up, because it's a supply/demand. As more money chases a limited amount of assets, asset prices go up. It becomes more attractive instead of lending and waiting to repackage things.

All of a sudden you have highly rated securities or securities that appear to be much safer, for which there is a demand from a completely different set of investors. Pension funds.

So in other words, investors, fiduciaries, that are supposedly very conservative and whose job it is to invest the money very wisely, very prudently, and conservatively, all of a sudden their money starts being channeled into the activities.

AK: You won't be shocked to learn that the activities or investments that Simon is talking about have gotten even crazier since 2008. Can't make any money in your bank account? Well, then invest in a crypto REIT for a 7% annual return.

The hunger for return in the zero growth environment has led to some strange products, like dogecoin. You can now actually buy a share of royalties on things like songs and movie. For just $30,000 you could have bought a share of the royalties that Trey Songz earns from his song Bottoms Up. Well, as long as someone didn't beat you to it first, because you snooze, you lose. Right?

But what exactly are the consequences of snapping up these financialized assets? Here's Simon again to explain.

SIMON MIKHAILOVICH: So a lot of crappy housing starts getting built. Right? Because we have all these mortgages that people can buy houses with no money down. So all of a sudden this tract housing just starts going up like weeds. All of a sudden you start having all these private equity firms going up and gobbling up companies.

I mean, when they start accelerating this process, how does a normal person who is a business owner, who has toiled for maybe a generation, maybe it's a second generation. They have to come to work. You have to deal with the workers. You have to do all that stuff.

The next thing you know, somebody comes along and offers you essentially 50 years worth of your profits upfront, or something like that. So why are you going to work so hard? Right?

So the next thing, not only is the company gets financialized, essentially, because the owner gets replaced with a management team. And the management team's job is to get this thing prepped for float on the stock exchange, which is how they're going to make money. And once that's floated, the management's now objective is to juice up the stock price, because they're get compensated. Whereas the main objective of an owner of a company is to survive and prosper by being there.

You know, like Woody Allen said. 90% success in life is showing up. All right.

So an entrepreneur's job-- a business owner's job-- and main objective is to keep showing up, not to be separated from his asset. The manager's job and the manager's incentive is completely different.

AK: So bankers got greedy again. Big surprise. But why should we care? Well, it means that easy money has pushed out the average investor. Here's Brian Reynolds to explain.

BRIAN REYNOLDS: Now we've added so much leverage in the last 40 years that the average credit quality has gone down to just above junk. That's how much we've levered up corporate America. And if you look at a chart of who's been buying stocks over the last few decades, there's been money going to ETFs, but that's come at the expense of mutual funds. Pensions, both state and private pensions, have been large sellers.

So investors as a whole have really done nothing these last three decades. But buybacks have taken an increasing share to the point where they're almost 100% of the buyers of the last decade. In other words, investors have done nothing on a net basis for 10 years.

Yeah, they put money into ETFs at the expense of active products. And the result is this daisy chain of money coming in from taxes to pensions going into credit, which is then used to artificially push up stock prices.

AK: So financialization is a major reason why this most hated bull market has ripped so high. And what this means is that the entire economic process has been skewed. The banking system has been reduced to a vicious game of hot potato. And the average Joe hasn't been able to participate in this explosive growth of these financialized assets.

Once again, it seems like this game is corrupted. But we got the antidote. If you want to learn how to participate in those capital gains and subscribe to Real Vision, I'll talk to you next week.