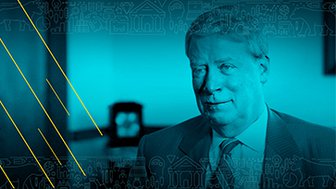 This week’s episode of "The One Thing" is the first…

Noise aside, the narrative and debate around Elon Musk and Tesla embody today's zeitgeist. The leaked emails, court dates, and questionable Musk tweets are only part of the story. AK breaks down how Tesla fits in to the bigger picture of 2019 and what that might mean for investors.

AK: Recently on Real Vision, we've been referring to a specific company as everyone's favorite topic. We've had bulls, bears, and bystanders alike all give their opinion on this hotly debated stock, Tesla. As Tyrion said in the terrible series finale of Game of Thrones, there is nothing in the world more powerful than a good story. And Tesla is a damn good story. And yet, there's more to the story than just the lively debate on financial Twitter or saving the planet with renewable energy or Elon's cult of personality.

Today, we're going to talk about how Tesla fits into the greater narrative of 2019. And it's all going down on this week's episode of Real Vision's The One Thing.

What's going on, investors? AK here. Whether you're bullish or bearish on Tesla in 2019, like most things, if you've been paying attention, you probably already have an opinion. If you want to see an example of the power of a good narrative, then just look at Tesla. John Hempton sat down with Real Vision to talk about just that.

JOHN HEMPTON: I'm involved in the Twitter sphere on Tesla, because Tesla's the most fun you can have on this.

MATT MILSON: Okay, got you.

JOHN HEMPTON: But it's a really good fun.

MATT MILSON: It's just so much volume in terms of people's views. It's so emotive clearly.

JOHN HEMPTON: Yeah, look, the whole idea that Tesla is something between it's going to save the world from greenhouse gases and completely change the way we live-

MATT MILSON: It might blow up the world. But there's-

JOHN HEMPTON: With nothing in between.

JOHN HEMPTON: Both of those views are way too extreme to be real is my view, right?

MATT MILSON: Somewhere in between.

MATT MILSON: And we'll find out more on April 24th.

JOHN HEMPTON: One of my staff refers to Tesla as a short seller distributed denial of service attack. It's so spectacular in such a sort of Carrick that every short seller is just like focused on Tesla. And there's all this stuff out there that they're ignoring, right? And they're ignoring it because Tesla so goddamn interesting.

MATT MILSON: And it's big.

JOHN HEMPTON: It's big, but it's colorful, right? When Valeant finally blew, and they made a Netflix documentary, it was so colorful in the end, it was hysterical. And the idea that a company registered a couple of hundred fake pharmacies so that they could send prescriptions to insurers without the insurer knowing where the prescription came from-

JOHN HEMPTON: And all of those fake pharmacies were named after characters in Stephen King novels, right?

JOHN HEMPTON: That's bizarre. But Tesla's that bizarre every day.

AK: With Tesla, the bizarre ranges from stretching the truth to outrageous over promises to full out conspiracy theory. Elon Musk profit or con man, depending on who you ask, has figured out that bold promises are the key to spending a convincing tapestry. But both stories eventually hit a point of diminishing returns. Listen to Peter Atwater discuss how Tesla captures the Zeitgeist of 2019. But how these bold promises are a problem.

GRANT WILLIAMS: It's way bigger than Tesla. It's nothing about making a few dollars off a short position. It's nothing to do with that to me.

This is the crystallization of everything you speak about, everything Ben Hunt speaks about, of everything I've watched build up over the years. It's malinvestment, it is low cost of capital, it is reaching for yield, it is dreaming, it's ecoculture. It's the cult of celebrities, everything wrapped up into one stock. And you can now finally see this thing unraveling in real time it seems. So, broad question, how important is Tesla to the whole market narrative? And then from there, what's your take on it? Because I'm fascinated.

PETER ATWATER: It's hugely important. And it's hugely important because of the personality type that is Elon Musk. I joke often he, like others that are out there, is often analogized to Harold Hill, the music man. Promising boldly. And I think of that in the context of more specifically, the circus barker and people will be offended by the analogy. But if you think about a circus barker, the first time the circus comes to town, the lady has two heads, and everybody goes. And in the next year when the circus comes back, she's got to have three heads, because otherwise you've seen it, and then the three heads have to become five, become eight. But eventually, when you get to 10 heads, the crowd's like, no, no, I just-

GRANT WILLIAMS: It's like six-minute abs. And say, that's fine.

PETER ATWATER: It just becomes so extreme as to be disbelieved. And I believe that that's the nature of the con, they become self as fixating that in order to perpetuate it, you have to go to such great lengths that it finally collapses on its weight. And I think that you've seen that with Musk and all of the pivots. This week, it's cars. Next week, it's cars with solar panels on the top, then it's cars that have this, and now, we're talking about insurance. And so, to me, Tesla is now the 10-headed lady. And it's become so extreme as to be disbelieved.

AK: Let's break that down for a second. How many contemporary buzzwords that those two just dropped? Those $20 phrases like malinvestment, low cost of capital, reach for yield, ecoculture, cult of personality, narrative- they're all part of a larger story. The narrative of bold promises for a better tomorrow encompasses like I said today, and that's because people are palpably uncomfortable. According to Atwater, the markets and America's confidence at large has pretty much peaked before the 2016 election.

PETER ATWATER: So, one of the fabulous parts about teaching college freshmen- it'd be even better with middle school students, is they feel it unconsciously. They sense all of the uncertainty. My freshman class this spring said the peak was really three years ago. And they could define it in terms of the music that they were listening to, what they believe to be true, that they do not see 2018 the same way investors see 2018. There is no question in their mind that the peak is behind us.

GRANT WILLIAMS: Now, the peak in what for them?

GRANT WILLIAMS: Oh, so prior to the election?

PETER ATWATER: Prior to the election.

PETER ATWATER: And so, to talk about the election with them, it makes perfect sense to them that Americans who feel worse would be favorable towards Trump versus Clinton. So, it feels very right to them that we've evolved the way we have given that confidence peak some time before.

GRANT WILLIAMS: So, by immersing ourselves in markets as we've done, are we doing ourselves a massive disservice right now in trying to figure out what's going to happen next?

PETER ATWATER: Yeah, I think that the markets have been very late to the table here.

AK: So, the markets have been late to the party. And there's a disconnect between the pumped-up markets and the people who haven't participated in the boom since 2008. Through it all, Tesla has been the symbol of dissonance that pervades markets, politics and culture. A $50 billion company has the most shorts in history and survived solely on the sheer force of will of Elon Musk and the people that support Tesla. But if I know one thing, it's that the markets can stay irrational way longer than you can stay liquid. If you want to help navigating this uncertain market and getting updates on Tesla, then make sure you subscribe to Real Vision. I'll talk to you next week.